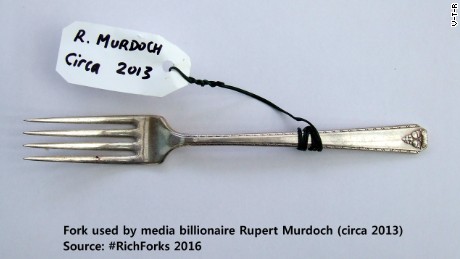 But such ephemera is not what artist V-T-R is aiming for, however. For nearly two decades, the Australian, whose real name is Van T. Rudd, has been gathering forks used by the rich and famous, such as Hillary Clinton or Prince Harry, taken from under their noses at luxury hotels and private events.
He started his collection in the 1990s, when he worked as a young waiter at a luxury hotel. Relatability wasn’t on his mind, though — protest was.
“I gradually began to despise more and more the way the wealthy repeatedly had big corporate functions, while us staff worked around the clock to serve them. Yet while this was going on, we were often aware that we were handling the same objects as them,” Rudd tells CNN.

What’s with the forks?

Taking forks — as opposed to a glass or plate — was easier, as they’re small and can better retain the traces of their previous user’s appetite.
Across the years, a network of people across the world has gathered almost 40 forks in the collection, which now forms the basis of “The Rich Forks,” an exhibition at Footscray Community Arts Centre, Melbourne. 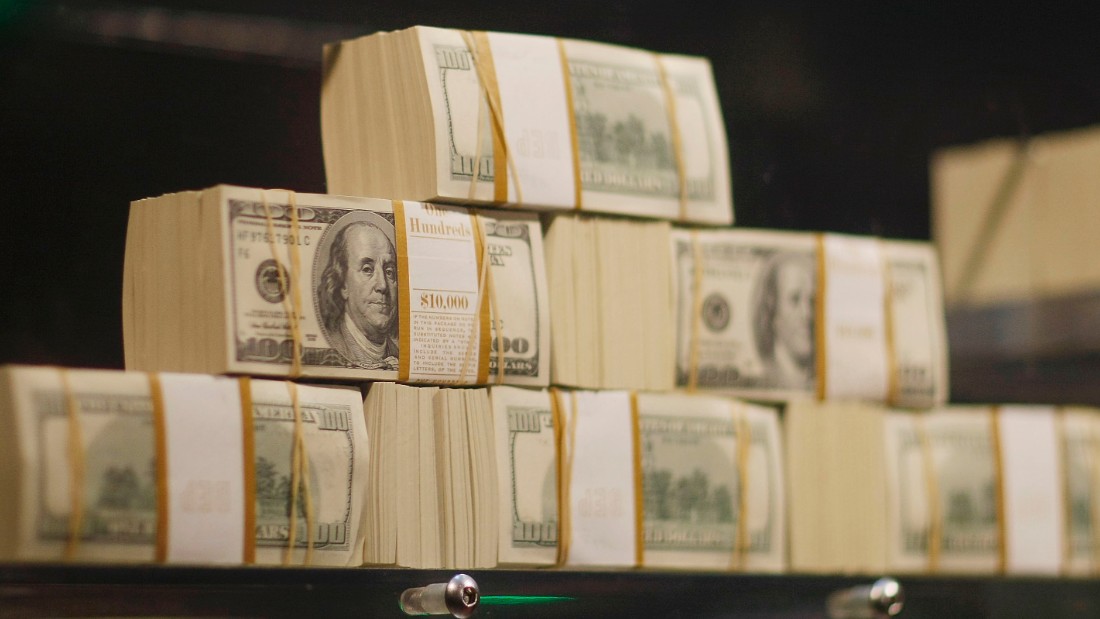 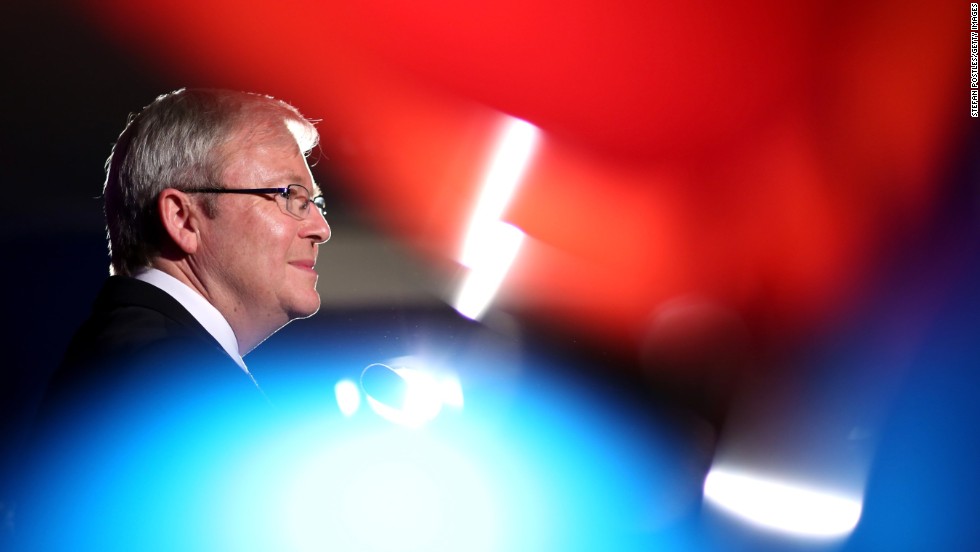 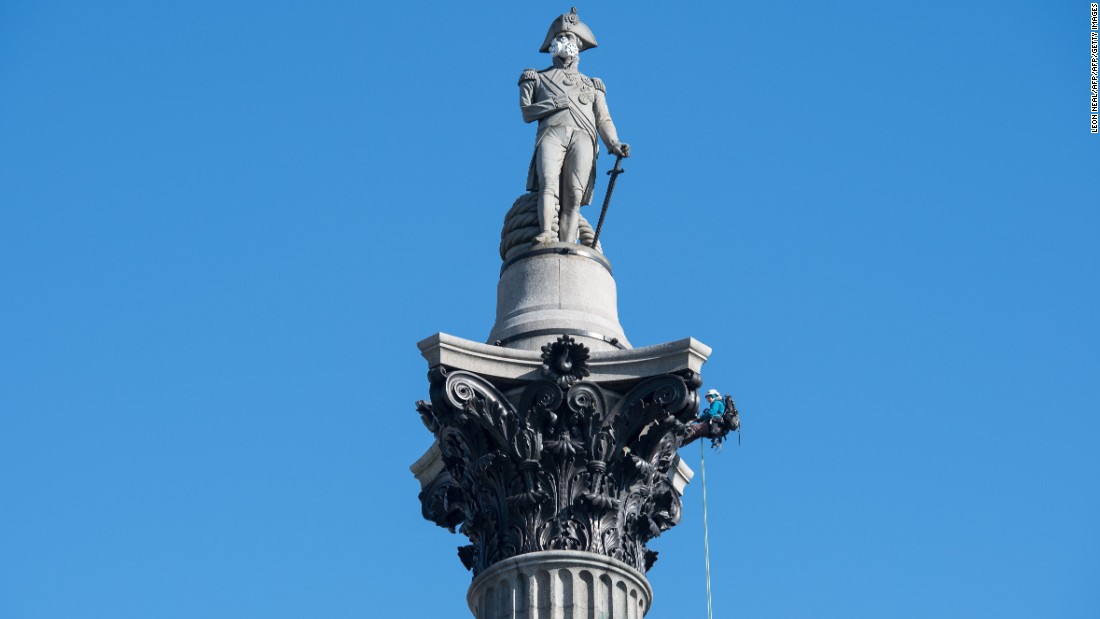 Swiping forks, then, is maybe not such a surprising statement. “One of the main reasons we’ve gone along with this is to partly expose the nature of the capitalist system and where social justice sits in relation to it.
“If the elites can stash their trillions of dollars in secret, tax free zones, destroy the environment, build military hardware and software, while the rest of us are forced to hand over our livelihoods day by day to those interests, where’s the social justice? The elites are protected by their laws. Those laws don’t protect social justice, so in that context, what’s a few forks?”
“Reverse looting” is what he calls it, the act of giving back a slice of access to the dispossessed. “It’s a protest against capitalism to put it bluntly — and I know that many in Europe and U.S. at this time are dealing with this topic head-on in many ways.”

Many will surely mock the exhibition — these are, after all, just forks. Even when taken at protest value, what is there for the 99% in a fork once used by Virgin boss Richard Branson or media tycoon Rupert Murdoch?
Rudd is aware of this, just like he knows that taking the forks in the first place might incur the wrath of the law.
He argues that “objectively, the forks are a material object that should have no value beyond their use — putting food to mouth. But when it comes to who’s using them, who actually owns them, and who works with them, that objectivity changes into a deep-seated subjective conflict between those with wealth and those without it.”
“From there, the forks as displayed become ‘alienated’ from the common person and therefore, like most objects owned and handled by the rich and powerful, they seem untouchable.”
So how does Rudd, with his privileged background, answer the inevitable charges of hypocrisy? “Thanks to my mother and father, I’ve had a very humbled working class life. If there were ever any privileges to be gained, I certainly lost them long ago when I began barracking for socialism through my art and activism.”
While the former PM is known to have spoken publicly against his nephew’s antics, Rudd says his “family knows about most of my art inadvertently through the media and sometimes through exhibitions. They know my political positions, so this project may be of no surprise.”