Oliver Schmidt, Volkswagens former US head of compliance, would have been in charge of the companys adherence to emissions regulations during the scandal 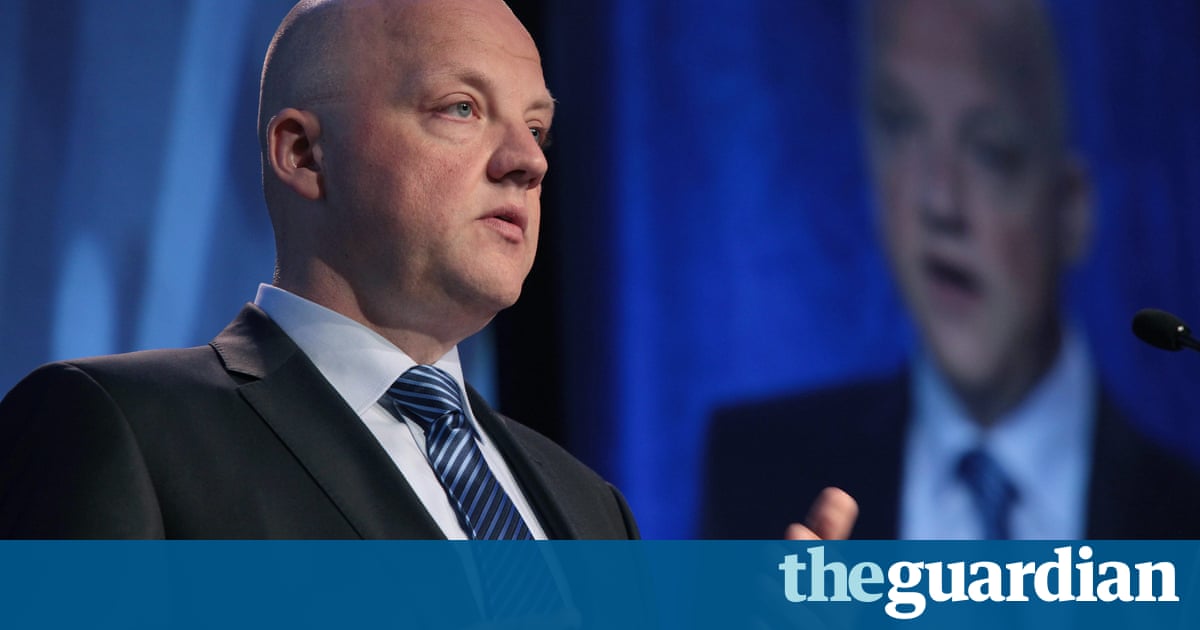 A Volkswagen executive was charged on Monday with conspiracy to defraud the United States in the latest chapter of the long-running scandal over the companys deliberate cheating on emissions tests.

Oliver Schmidt, who was general manager in charge of VWs environmental and engineering office in Michigan, did not enter a plea at an initial appearance in US district court in Miami on Monday and was ordered held pending a hearing on Thursday.

Schmidt, who was shackled and wearing a jail uniform, was charged with fraud and conspiracy in not disclosing a cheating device used to rig US diesel emissions tests from 2006 through 2015.

As VWs former head of compliance in the US from 2014 until March 2015, Schmidt would have been in charge of the companys adherence to emissions regulations during the scandal, though not at its beginning.

He was arrested by FBI agents in Florida on Saturday after attempting to return to Germany from a vacation there, the justice department said. News of the arrest was first reported by the New York Times.

The arrest and court appearance come as VW nears a $3bn plus and potentially $4bn settlement with the justice department and Environmental Protection Agency to resolve civil and criminal investigations into the diesel scandal. Talks are still under way about some details of the settlements and no deal has been reached, sources said.

A Volkswagen spokesman, Mario Guerreiro, said the company continues to cooperate with the Department of Justice as we work to resolve remaining matters in the United States.

Individuals affected the world over have filed class-action suits against the company since the scandal was first made public, most recently in the UK on Monday.

In September 2015 the company admitted to installing defeat devices on its diesel-powered vehicles, which caused them to emit lower levels of the greenhouse gas nitrous oxide during testing. The following June, VW settled with the US federal trade commission and environmental protection agency in addition to agreeing to buy back cars from consumers for a total cost estimated at $15.3bn.

Schmidt is the second person to be arrested in conjunction with the emissions cheating; in October Volkswagen engineer James Robert Liang pleaded guilty on one count of conspiracy to defraud the government.

The emissions cheating was first discovered by a small research center at West Virginia University called the Center for Alternative Fuels, Engines and Emissions (Cafee). In 2013, the center received a $70,000 grant to study emissions and set about determining why all auto emissions were not as efficient as Volkswagens.

(CNN)Here’s a look at the phone hacking scandal in the United Kingdom. Journalists at British newspapers are accused of making payments to police and hacking into the phones of celebrities, law makers, royalty, murder victims and other figures in the…