Exclusive: Lawyers, scientists and NGOs urge the UN to force Australia to do more to protect the world heritage site 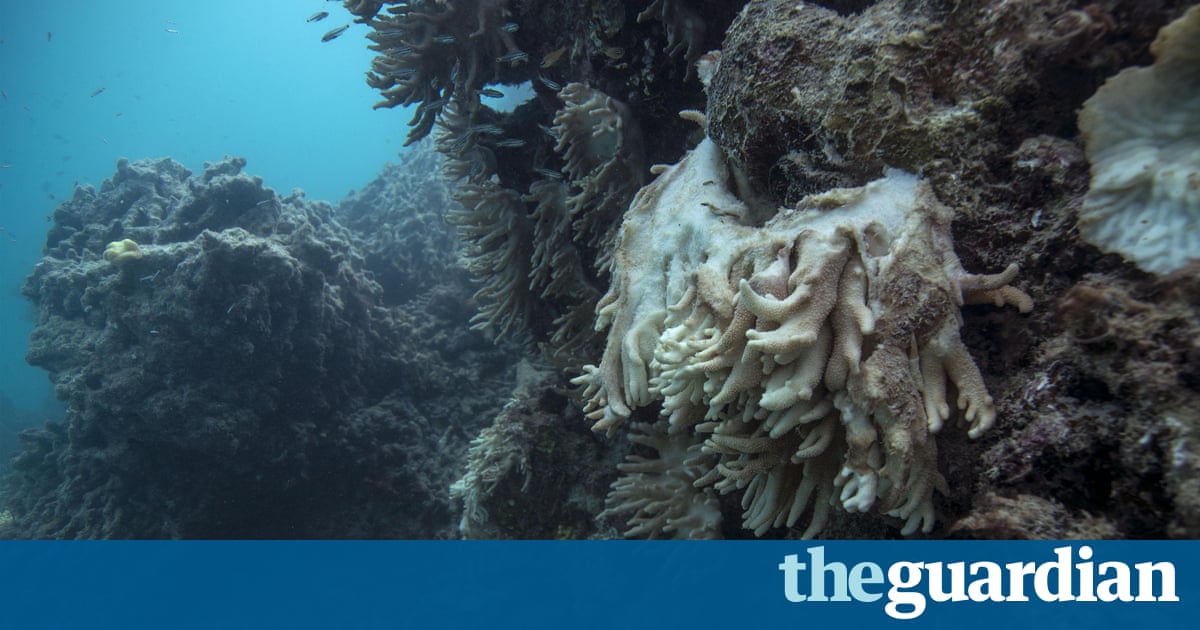 The Great Barrier Reef could be considered again for an in danger listing by the United Nations World Heritage Committee following the devastating bleaching this year, the Guardian can reveal.

The news came as a group of prominent lawyers, scientists and NGOs wrote to the committee, urging it to ask Australia to do more to protect the reef.

As a condition of UNESCO not listing the Great Barrier Reef as in danger in 2015, the World Heritage Committee said Australia needed to report back to the committee on 1 December 2016, detailing the progress of conservation how new 2050 water pollution targets were being implemented and funded.

Scientists have said current policies and funding announcements are not even nearly adequate for meeting the 2050 targets, and between $10bn and $16bn was needed.

If UNESCO and the World Heritage Committee find they have not been adequately implemented or funded, the reef could be considered again for inclusion on the in danger list at a meeting in 2017.

But the Guardian can now reveal Australia will also need to report on how it is dealing with the current bleaching, where almost a quarter of the coral on the reef has been killed.

We would expect that that report from Australia is going to cover all the significant things that have happened since June 2015 and whether there are changes in the picture of the management or the response that is needed, said Tim Badman, director of the IUCNs World Heritage Programme, which advises the Committee on the state of its natural world heritage properties. The bleaching event is a new issue to be considered.

State of Conservation reports, which are addressed to the World Heritage Committee, help it implement new conservation actions. They are produced for the most threatened natural world heritage sites, and only if there are new issues that need to be considered.

The IUCN says: In extreme cases, where a site is in ascertained or potential danger of losing the Outstanding Universal Value for which it was inscribed on the World Heritage List, the Committee may decide to inscribe it on the Danger List.

One such report was produced on the Great Barrier Reef in 2015, and that year the World Heritage Committee came close to listing the Reef on the Danger List.

Badman told the Guardian the IUCN would also decide, in the first few months of 2017, whether or not a new state of conservation report was needed, given the damage to the reef.

Were seeing new issues with the bleaching event as a new part of the issue to be considered, Badman said. But he said whether or not the bleaching would lead to consideration of inclusion on the Danger List was speculation and not something the IUCN or UNESCO would comment on at this stage.

The Australian government spent $400m lobbying for the Great Barrier Reef not to be included on the list, Fairfax media revealed last year, and the environment minister, Greg Hunt, has said the reef is the work of his life. Ever since the decision was made not to list the reef, Hunt has trumpeted it as evidence of the governments good management, saying the government got the reef taken off a watch list.

According to lawyers at Environmental Justice Australia, the reef already met the inclusion criteria for an in danger listing before the mass bleaching event this year.

Meanwhile, most major Australian environmental NGOs, as well as a group of prominent scientists, including John Veron, Will Steffen and Terry Hughes, have expressed their dismay at Australias actions since the decision last year and urged the World Heritage Committee to demand more of Australia.

This project would require dredging 1.1m cubic metres of previously undisturbed seagrass habitat within the world heritage area and dumping the dredge spoil adjacent to nearby coastal wetlands.

It continued: To add insult to injury, the expansion of Abbot Point port is intended to facilitate the export of coal from the massive Carmichael coalmine, which the Australian and Queensland governments have also recently approved.

The letters authors also expressed concern at the governments decision, revealed by the Guardian in May, to interfere and have all mention of Australia and the Great Barrier Reef removed from a UNESCO report on world heritage sites and climate change.

They said that action casts further doubt on its commitment to addressing threats to the reef.

They also said UNESCOs capitulation to Australias pressure was inconsistent with its aim to do its utmost to inform the public about the effects of climate change on world heritage properties.

Noni Austin, an Australian lawyer at the US-based Earthjustice, said the current bleaching event showed the world heritage site was in crisis and requires a new and urgent response from the committee.

If the world heritage system is to have any value in protecting our most precious and irreplaceable places, the committee must address the threat of climate change and Australia must accept its duty to protect the Great Barrier Reef for the benefit of the global community by ceasing its relentless promotion of dirty fossil fuels, she said.

Jon Day, previously one of the directors at the Great Barrier Reef Marine Park Authority and now at the ARC Centre of Excellence for Coral Reef Studies, said the governments own reports showed the reefs outstanding universal values were being threatened.

The reef needs more government assistance, more leadership from industry and, crucially, more widespread public support if future generations are to enjoy what UNESCO considers is the most bio-diverse world heritage property on the planet, he said.

Film of Presleys 1956 publicity campaign is posted online to boost immunisation crusade against todays global threats It was one of Elvis Presleys more unusual ventures. The king of rocknroll had just been enjoying his first taste of success with…