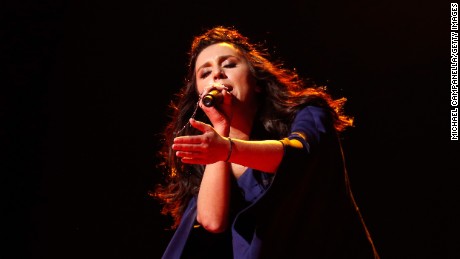 (CNN)A Russian senator has said that a Ukrainian singer’s victory in the Eurovision Song Contest was a case of politics prevailing over art, and has suggested Russia skip next year’s contest in response, Russian state media reports.

Jamala of Ukraine won a politically charged edition of the annual event in Stockholm, Sweden, on Saturday night with her performance of “1944,” a somber but controversial song that evoked Moscow’s deportation of members of her Crimean ethnic group during World War II.
But many listeners saw the song as a rebuke to Russian President Vladimir Putin’s 2014 military push into Ukraine, when Russia annexed Crimea. The song was labeled anti-Russian by Russian media last week. 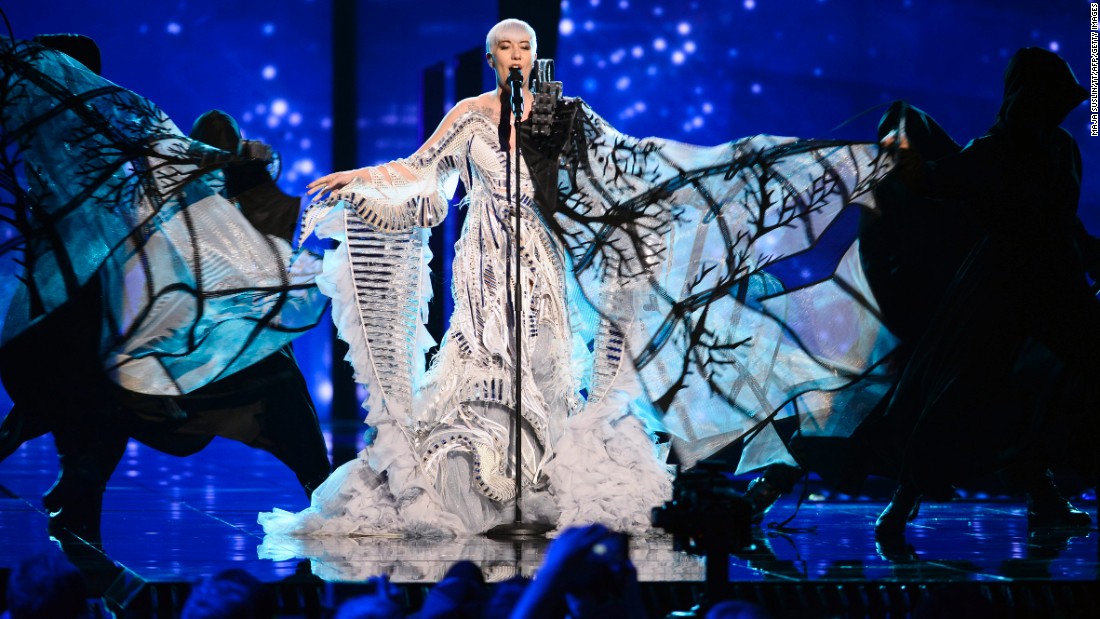 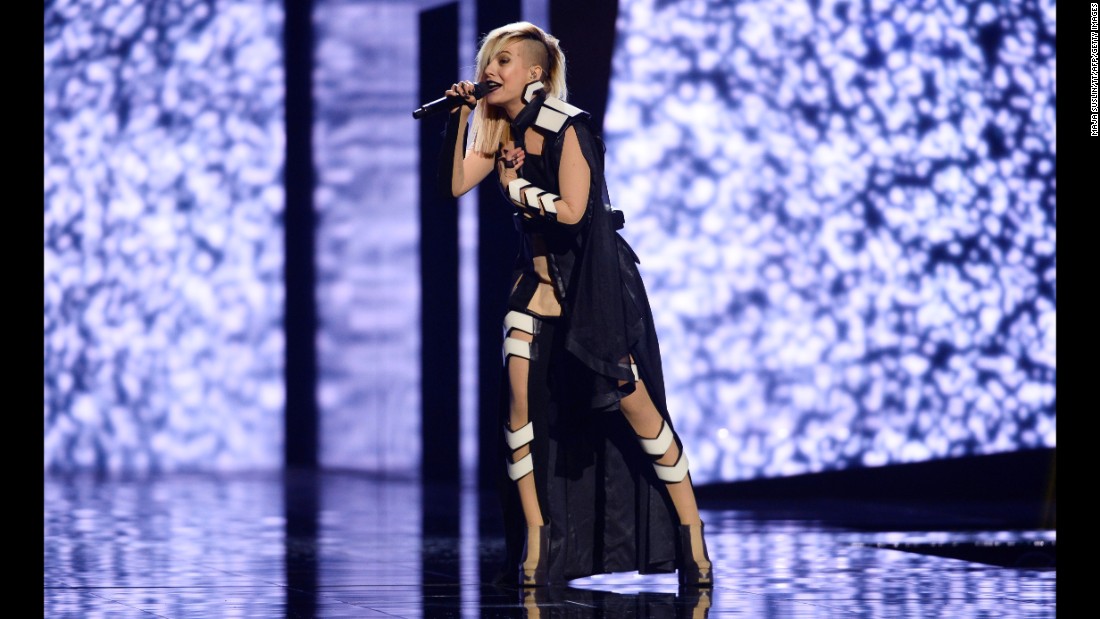 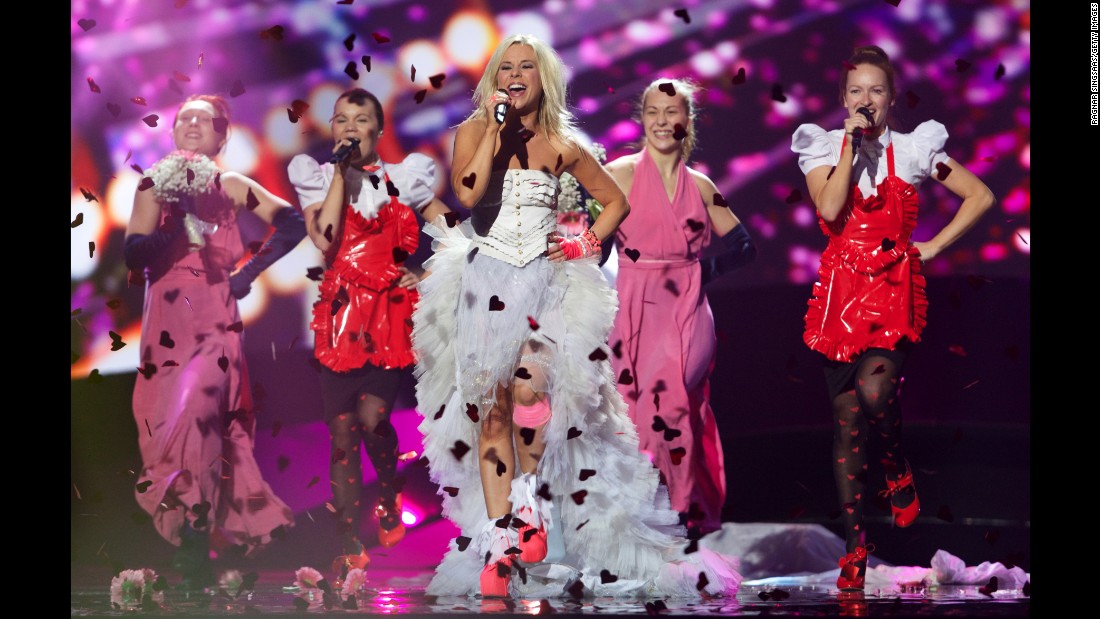 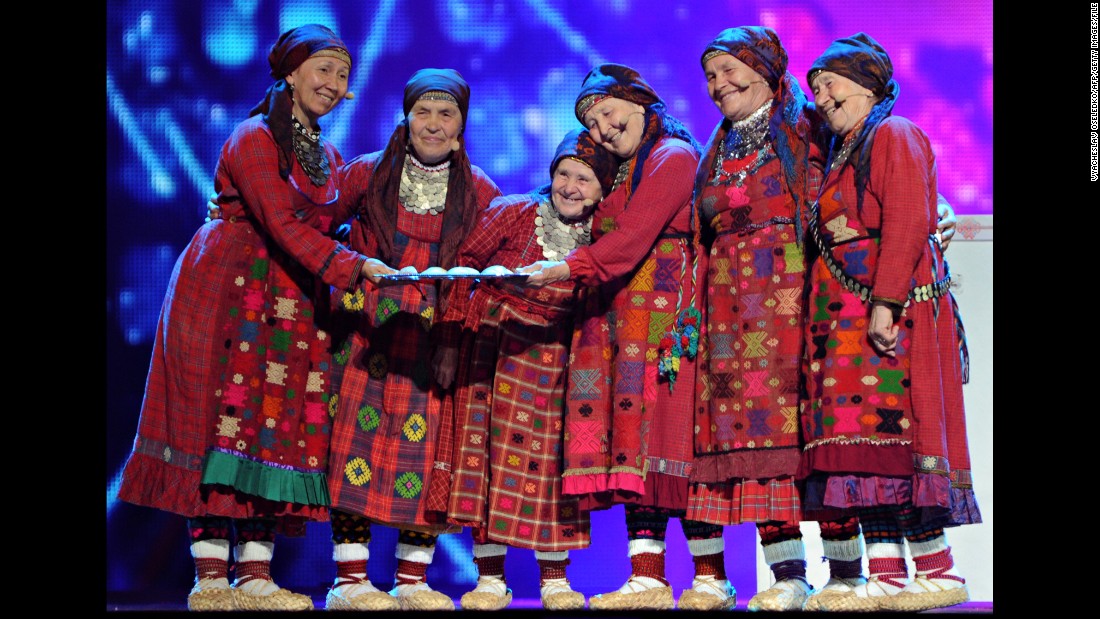 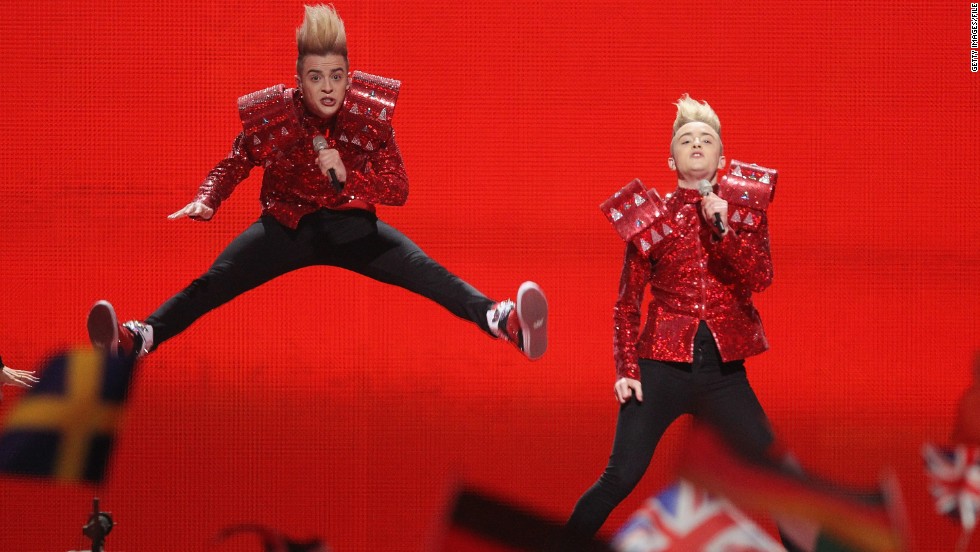 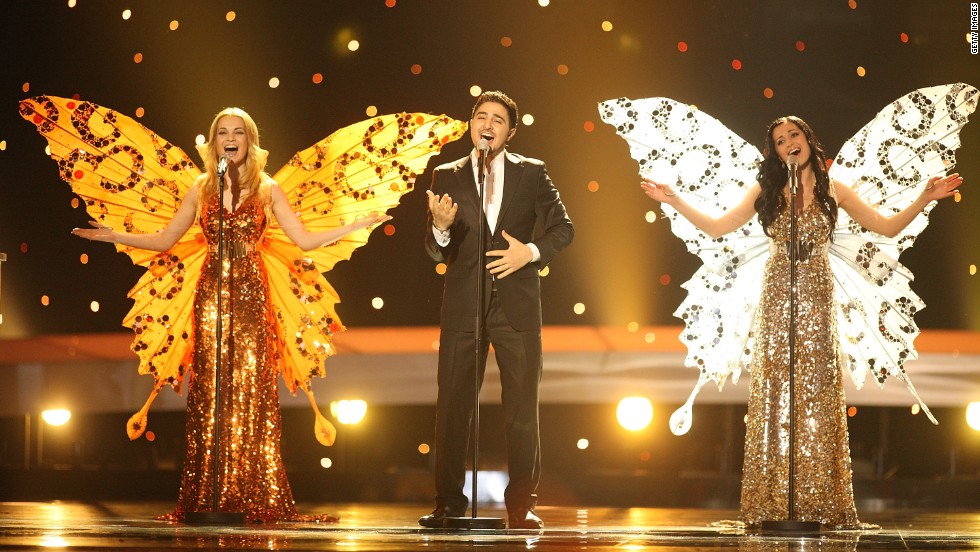 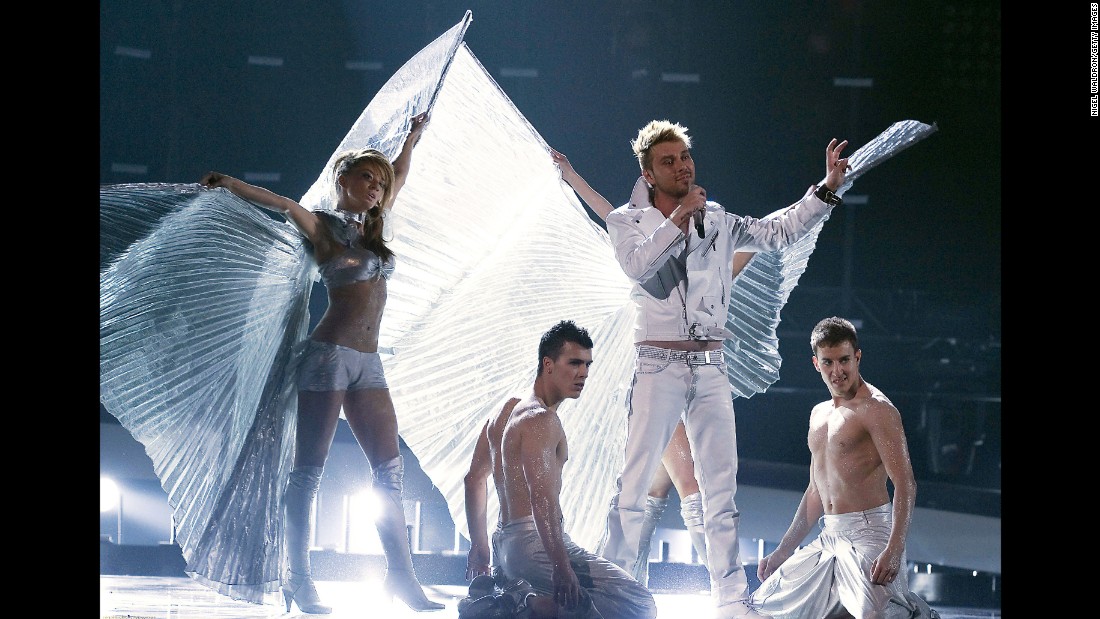 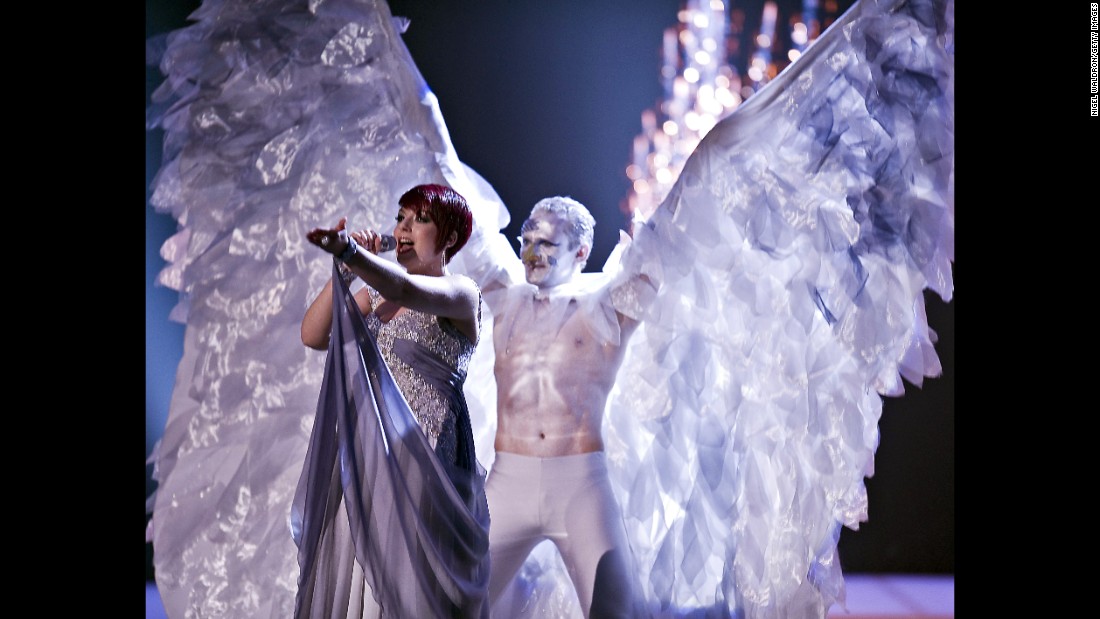 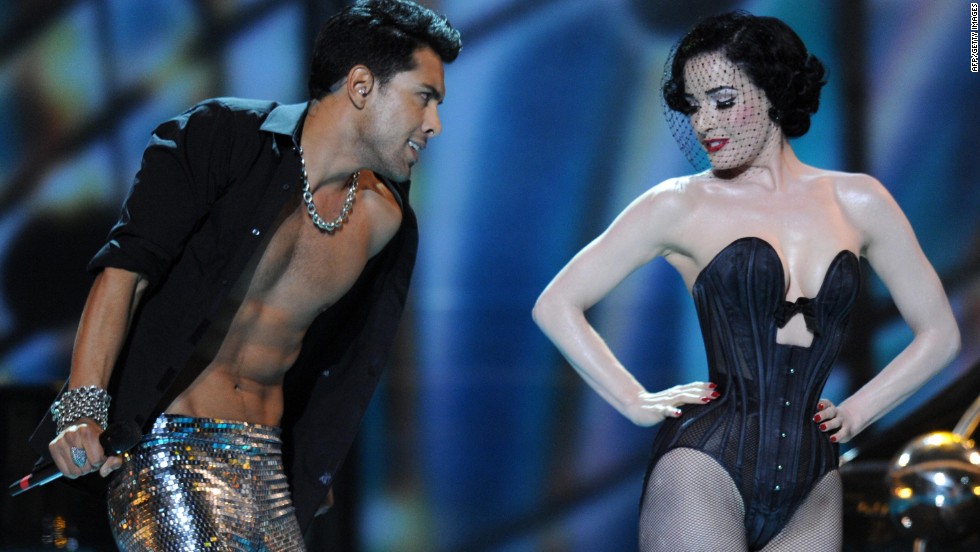 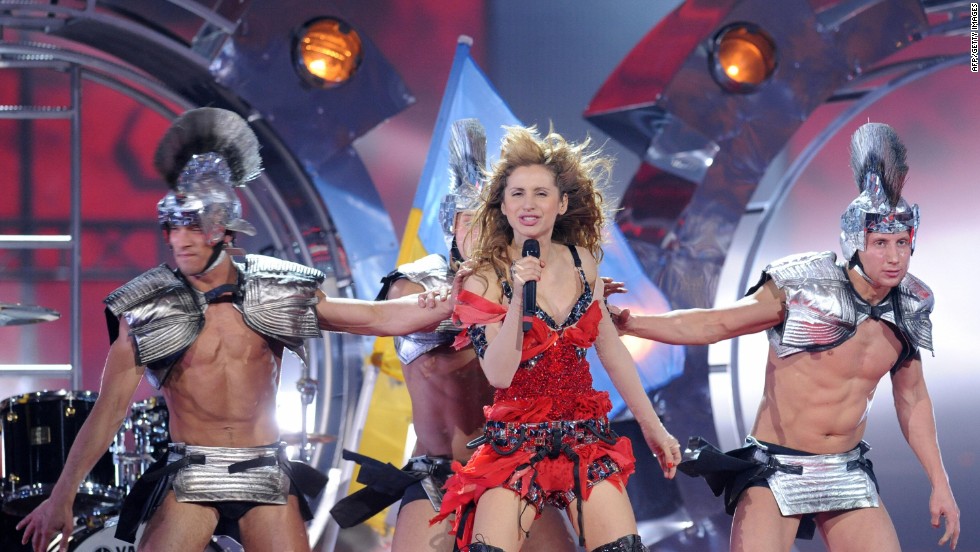 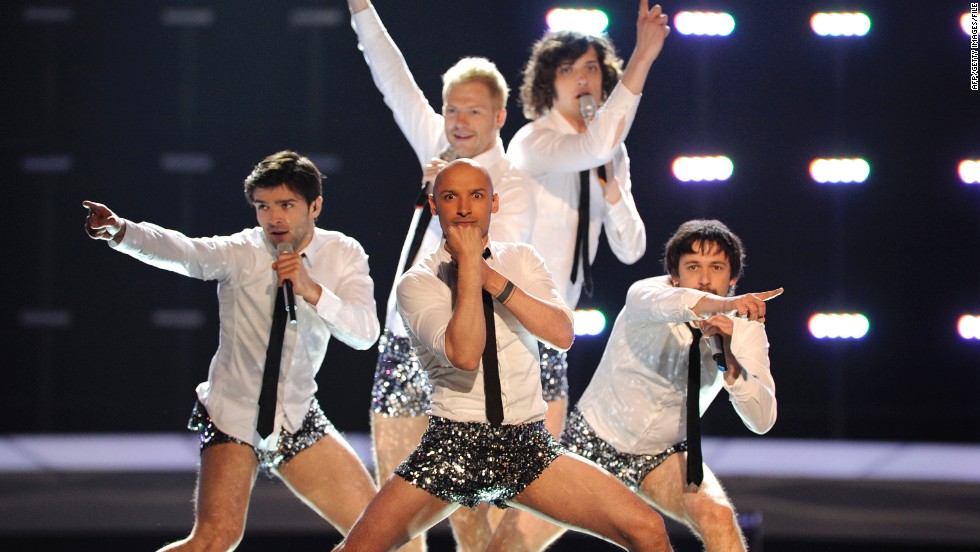 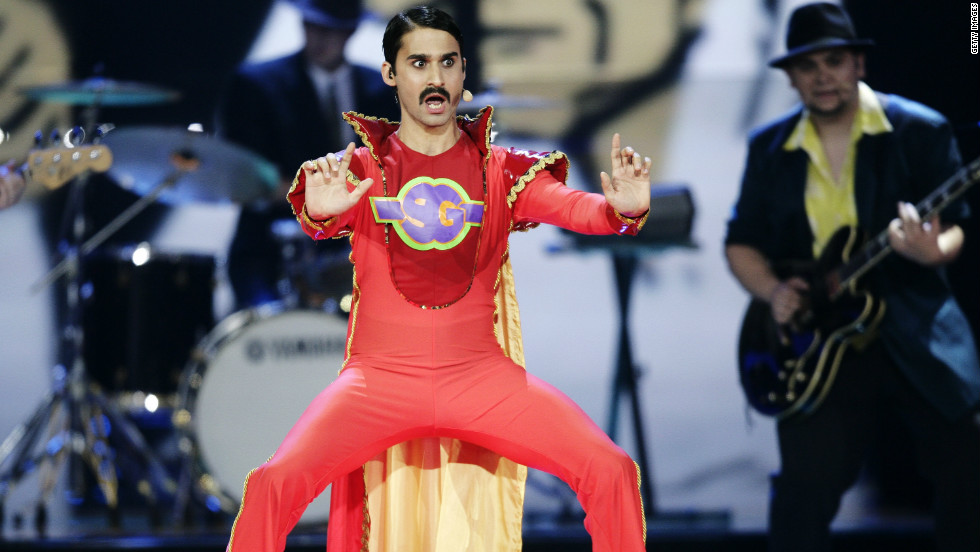 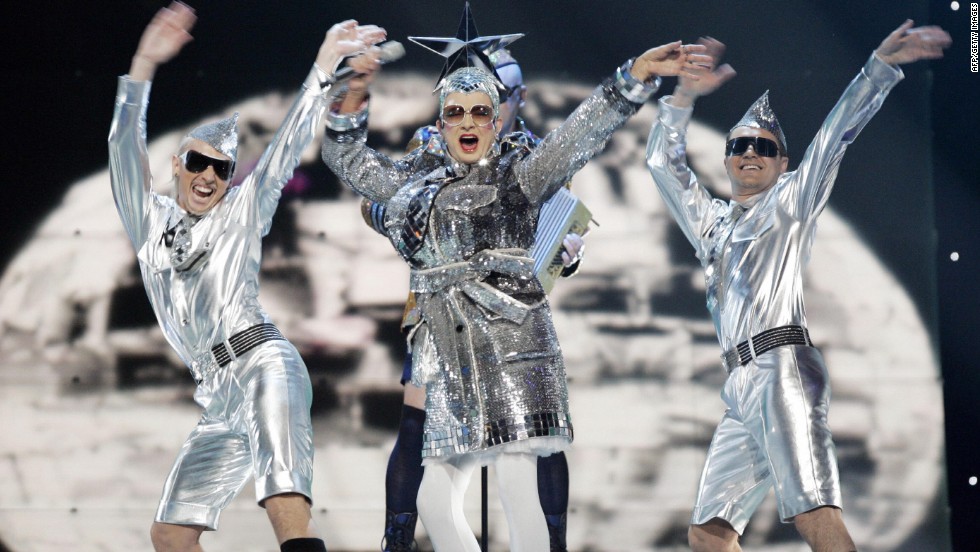 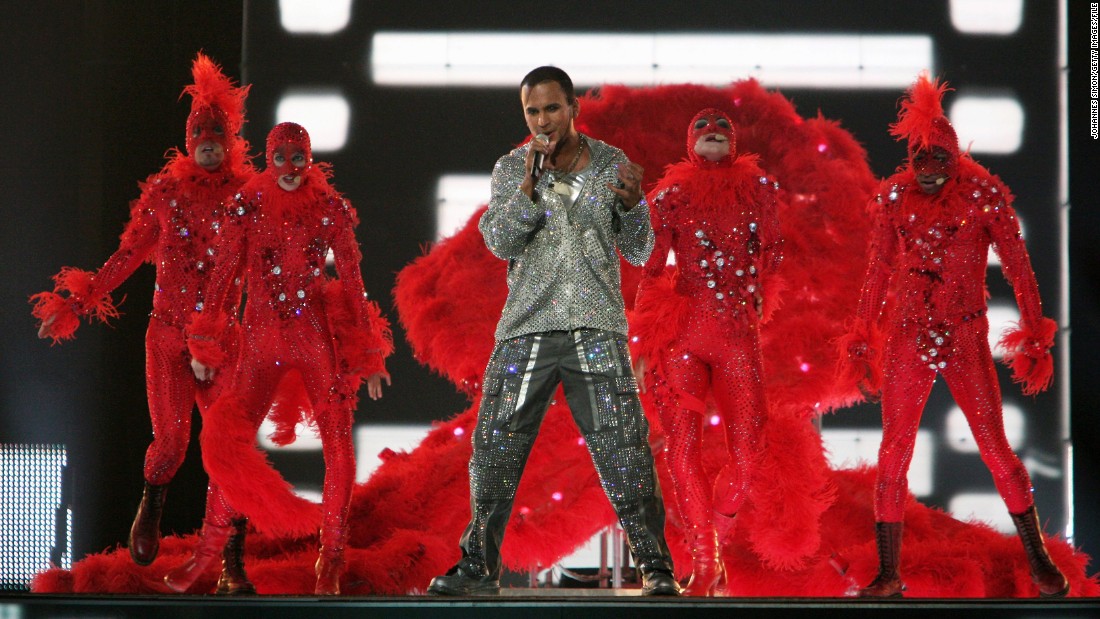 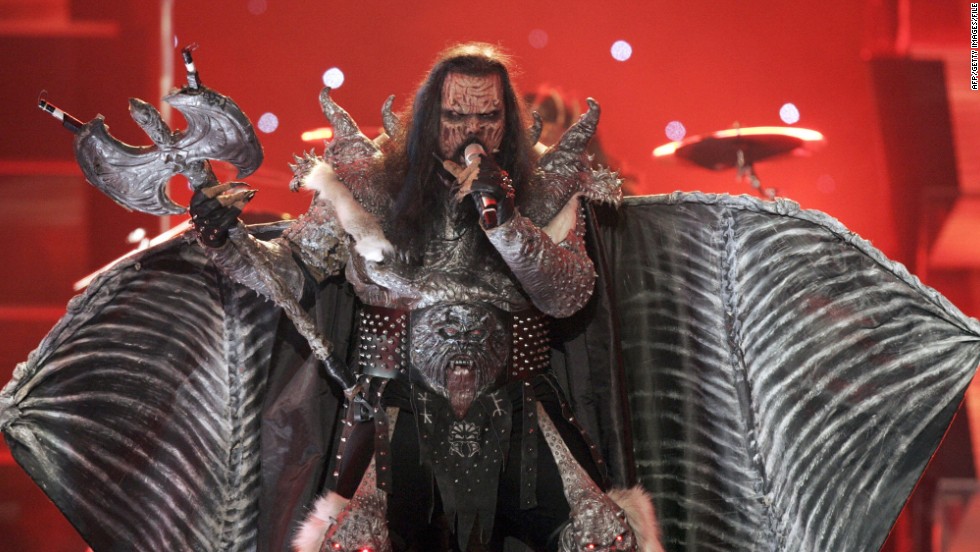 Russian Senator Frants Klintsevich told reporters Sunday that Jamala’s victory sent an alarming signal, and questioned the future of the contest, state news agency RIA Novosti reported.
Klintsevich, first deputy chairman of the Federation Council Committee on Defense and Security, suggested Russia could skip next year’s contest, which will be held in Kiev, Ukraine’s capital, due to Jamala’s win.
Organizers of next year’s event would go out of their way to politicize it “to the maximum,” RIA Novosti reported.
“I don’t rule out that the stage could even be set in the Maidan,” he said, referring to the square in Ukraine’s capital that was the scene of protests that led to the toppling of then-President Viktor Yanukovych and was followed by Russia’s intervention.
Ukrainian President Petro Poroshenko tweeted his congratulations to Jamala.
Ukraine missed the competition last year because of its financial crisis, according to British media.

Jamala’s victory particularly rankled many Russian viewers as it came over a Russian contestant, Sergey Lazarev, who was the pre-competition favorite.
John Kennedy O’Connor, a journalist who has written books on the Eurovision Song Contest, said Lazarev was “the hottest favorite I’ve ever known in the contest” but his entry “crashed and burned,” finishing third behind Australia’s Dami Im.
“So there’s sour grapes on one side, and then you’ve got political anger on the other,” he said, of Russia’s disappointment.
He said that, in his opinion, the Russian complaints about Ukrainian entry held some merit, as the song appeared to be in breach of rules that there cannot be a political message to entries.
“This year, from my interpretation, that rule was not enforced,” he said.
“I know the Ukrainians are claiming this is a song about an historical event… but you cannot get away from the fact that something similar is happening in Ukraine right now, and this was a wonderful way for the Ukrainians to, if you like, stick it to the Russians. I can understand the Russians feeling upset with the fact that the lyrics were approved,” he told CNN.
Eurovision 2016: 9 Things you didn’t know

Jamala, whose full name is Susana Jamaladynova, told Ukraine Today in February that she wrote the song because she was inspired by a story her great-grandmother told her about the deportation of her family and others in Crimea at the orders of Josef Stalin.
“I would prefer that all these terrible things did not happen to my great-grandmother, and I would even prefer if this song did not exist,” the tearful competitor told reporters after the competition.
Stalin accused the Tatars of collaborating with the Germans during World War II, according to Encyclopedia Brittanica.
Jamala said that the composition is about all people who are victims of past tragedies. She prepared for the contest by listening to the soundtrack from the Holocaust movie “Schindler’s List.” Jamala said she hopes her song will have the same power as the movie’s music. 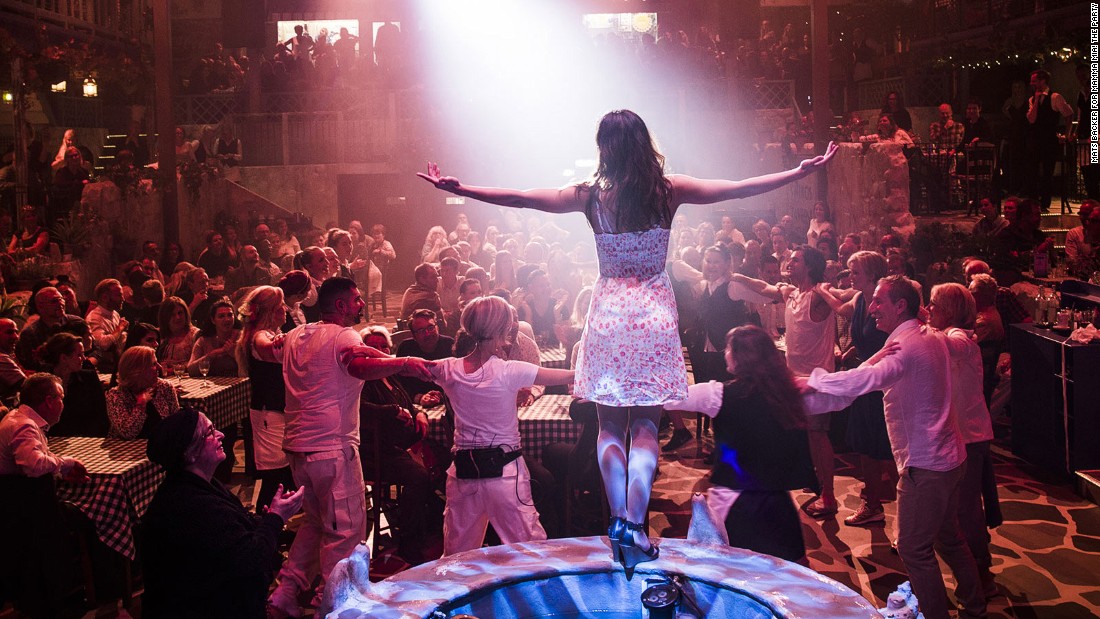 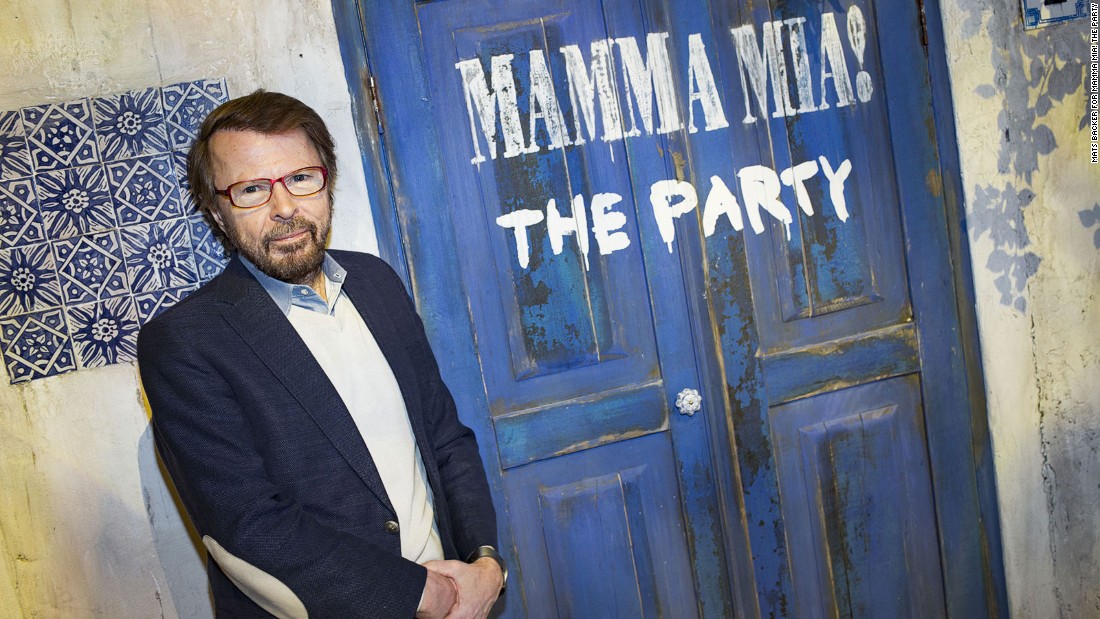 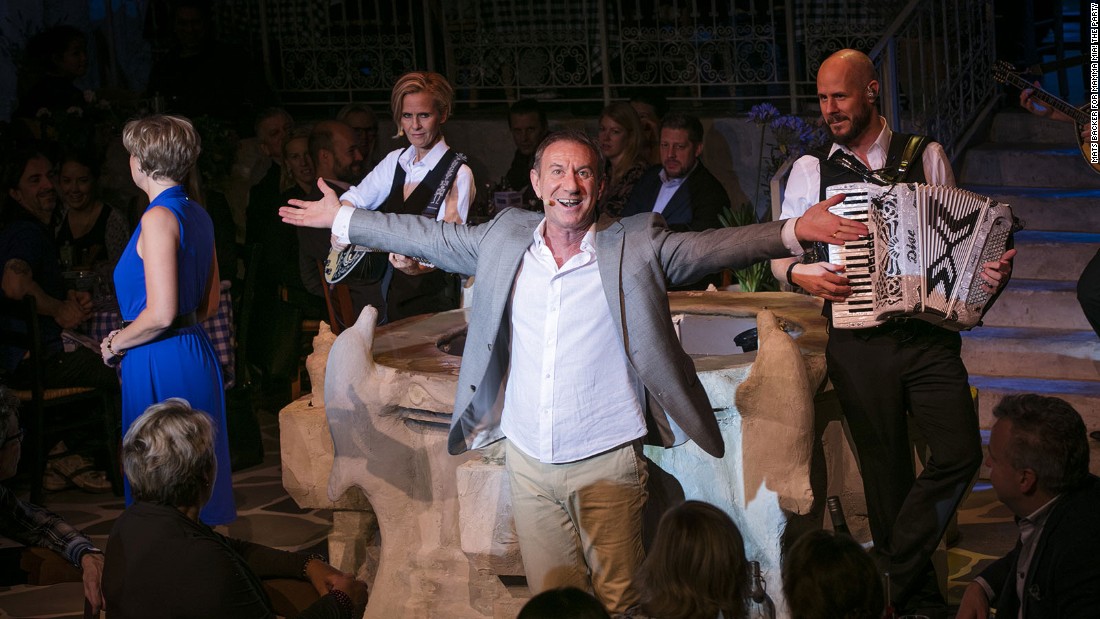 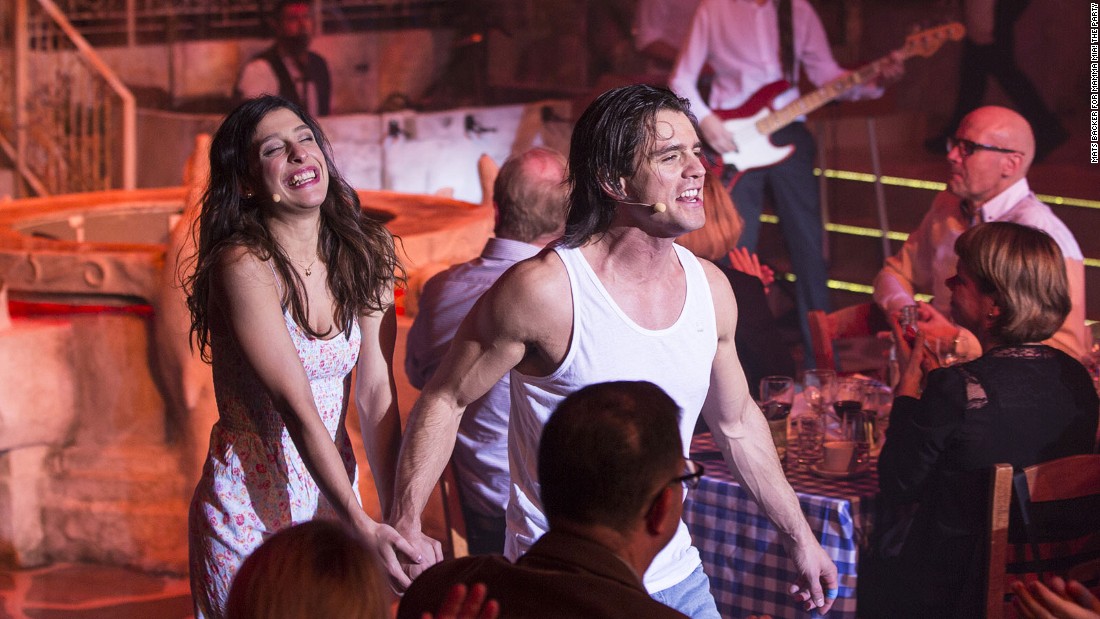 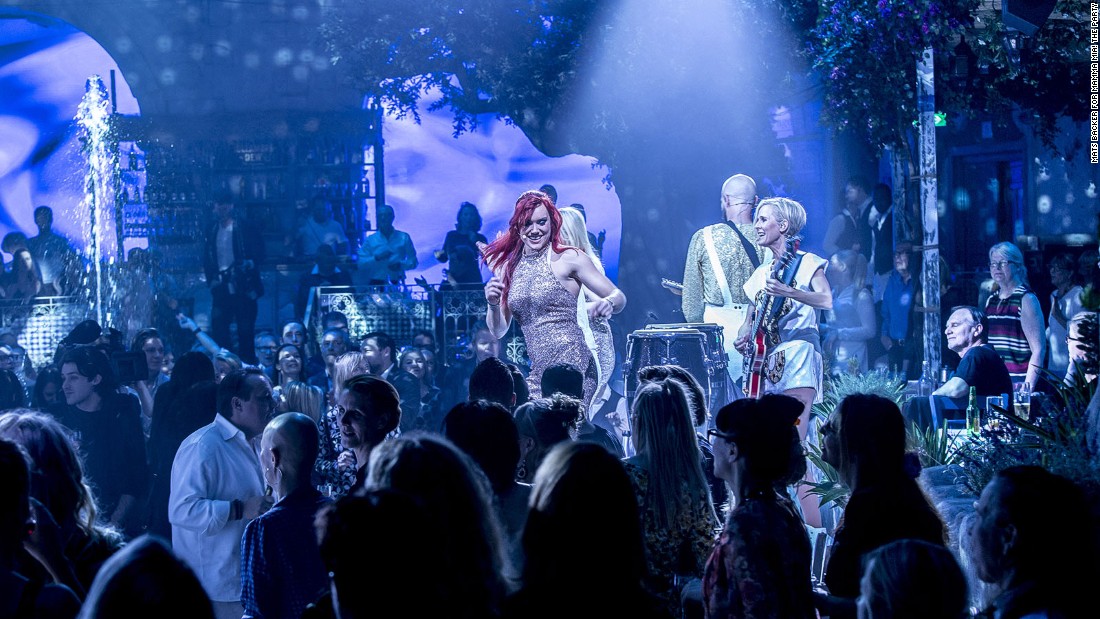 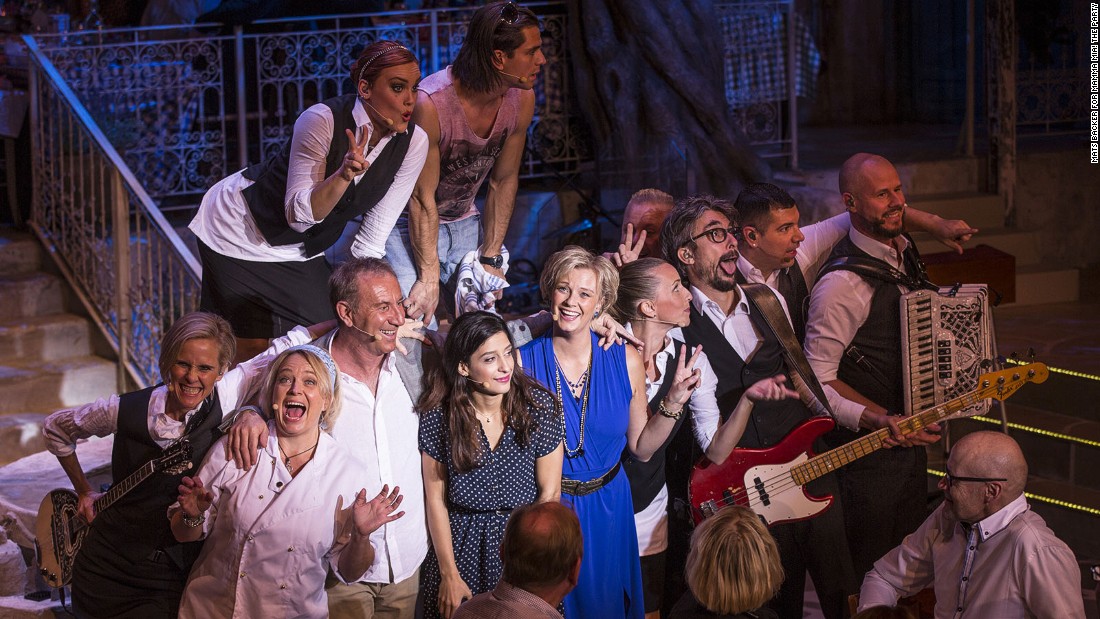 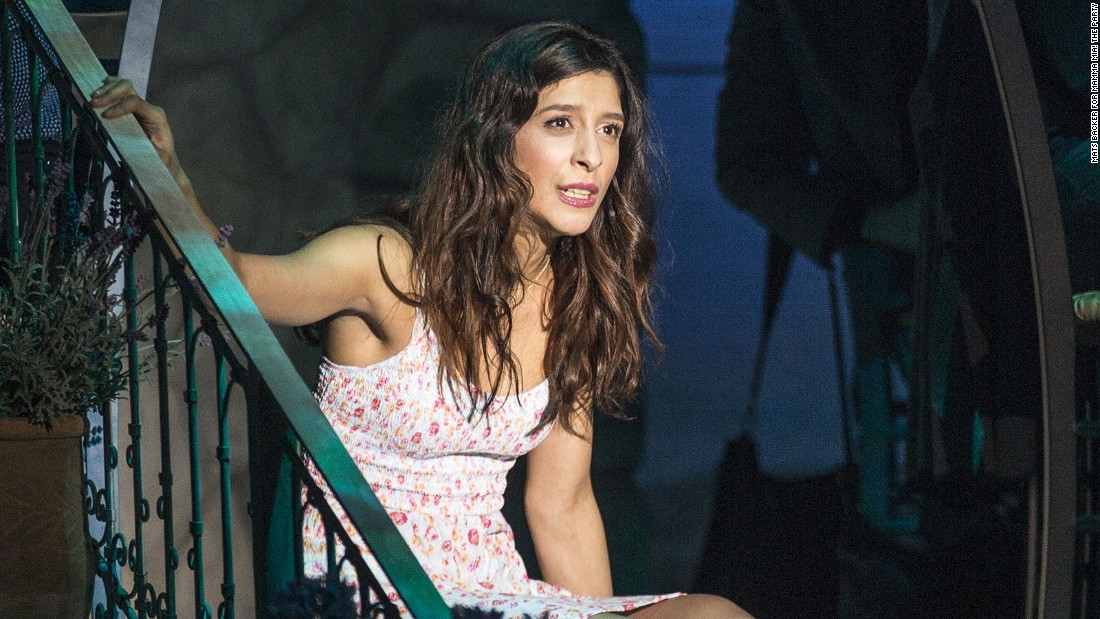 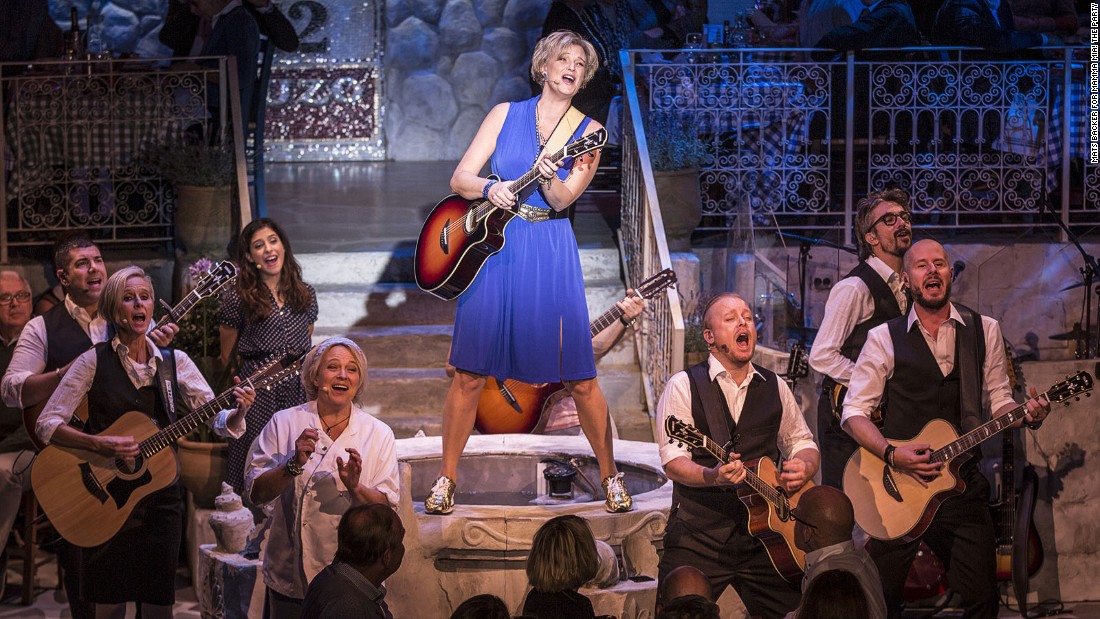 The song’s lyrics begin:
When strangers are coming /
They come to your house /
They kill you all /
and say, We’re not guilty, not guilty /
Where is your mind? /
Humanity cries /
You think you are gods /
But everyone dies /
Don’t swallow my soul
There is no specific mention of Russia or its rulers.

Jamala: So much sadness

Jamala told the UK’s Guardian newspaper this week in a phone interview that she had not been home since Moscow’s intervention.
“Of course, it’s about 2014 as well,” she told the newspaper. “These two years have added so much sadness to my life.”
“I really want peace and love to everyone,” Jamala said as she accepted the winner’s trophy. Later, at the news conference, she said: “I was sure that if you sing, if you talk about truth, it can really touch people. And I was right.”
Tributes for the singer’s gutsy performance came flooding in. Justin Timberlake, who performed as a non-competitor at the event, tweeted “#CantStopTheFeeling #Eurovision. Congrats @jamala #Ukraine!!”
“Can’t Stop the Feeling” is Timberlake’s latest song, which he debuted at the competition.

Eurovision is the longest-running international TV song contest. It was held this year in Stockholm, Sweden, after Mans Zelmerlow, a 29-year-old from the Swedish capital, won the 2015 competition.
Since its first broadcast in 1956, Eurivision has been known its unique blend of ballads and big hair, politics, patriotism and Europop.
It’s one of the longest-running TV shows in the world — and with estimated annual audiences of 180 million, according to broadcaster the European Broadcasting Union, arguably one of the best loved.
Past winners included Lordi, a Finnish metal band dressed as Orcs and Conchita Wurst, a glamorous bearded lady from Austria. 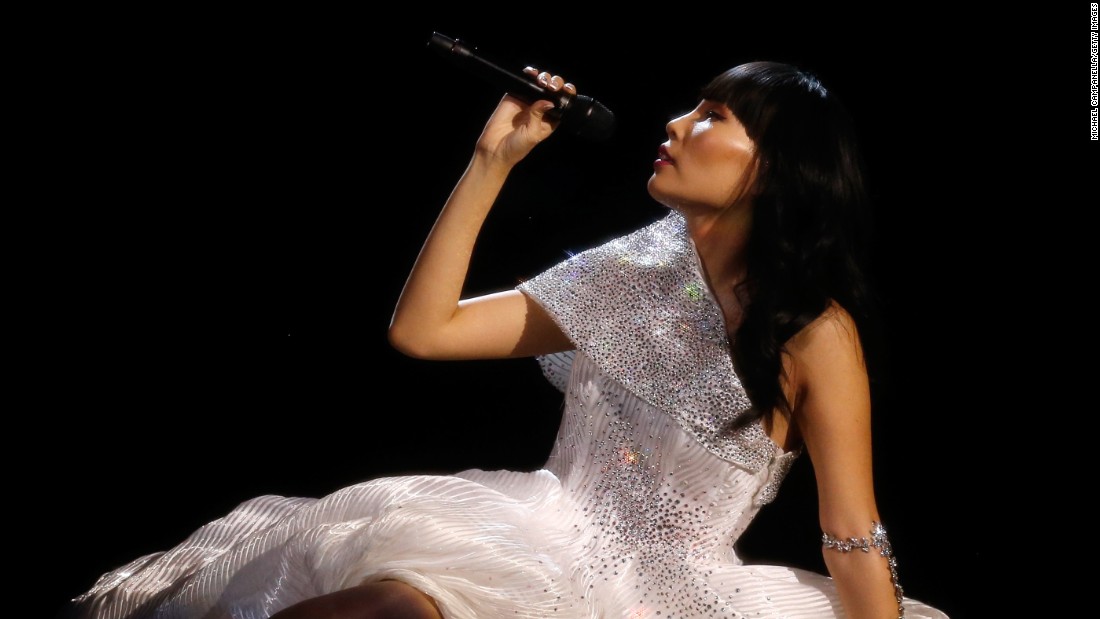 Australia’s Im — representing her country in its second-ever appearance in the competition — won the most points (320) from the jury panels of professionals in 42 countries participating in the voting, but didn’t get enough points from viewer call-in votes and finished second.
“This is such a dream, thank you #Eurovision!,” she said on social media. “So honored to be performing on this stage tonight.”
Eurovision and ‘Brexit’: Secret message in UK song?

The author used to tremble with excitement every week when the paperboy threw them on to the lawn and says they influenced his bestselling novels. Now hes creating comic strip stories of his own Philip Pullman was seduced by something…