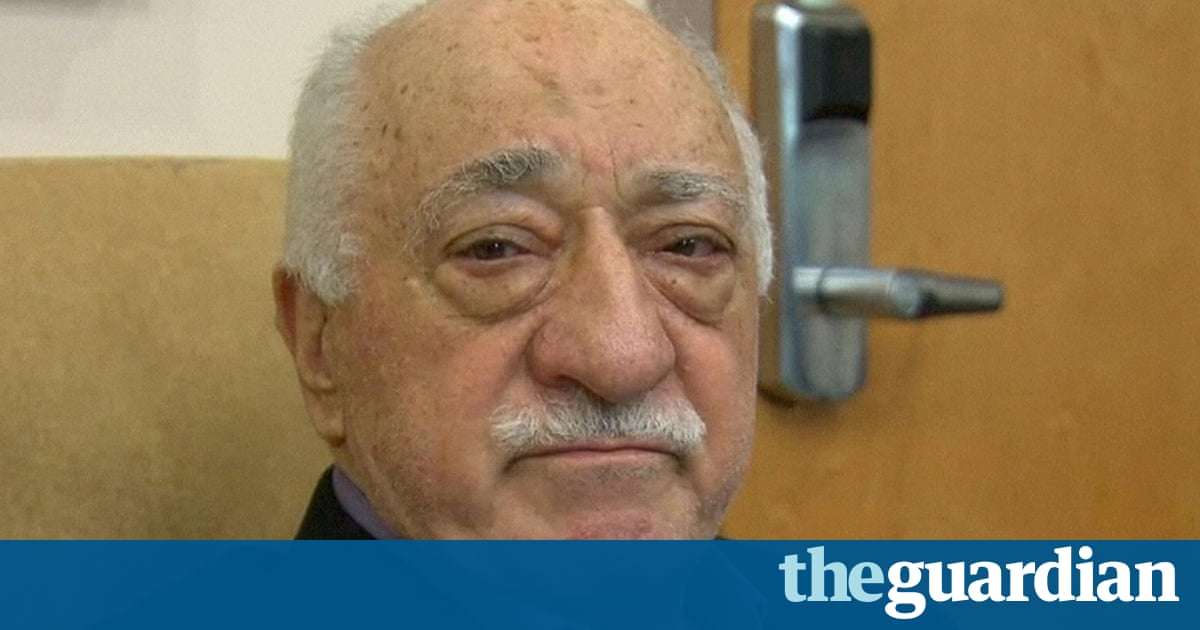 Turkeys foreign and justice ministers are due to travel to the US to demand the extradition of Fethullah Glen, the US-based Turkish imam accused by the government of masterminding the abortive coup attempt that led to the deaths of 265 people and the dismissal of tens of thousands of public servants.

The Turkish justice minister Bekir Bozdag on Thursday accused Glen of plotting the coup for decades, and said he would have returned to Turkey if the military plotters had not been thwarted. He had warned that Glen, who has lived in rural Pennyslvania for years, could flee the US to seek political asylum to Australia, Mexico, Canada, South Africa or Egypt.

Turkish officials say they regard the evidence of Glen complicity as overwhelming, and that any failure by the US to cooperate with the extradition will have long-term consequences for Turkish-US diplomatic relations.

The US has denied any prior knowledge of the coup attempt, but Turkish officials have noted that the coup plotters included senior Turkish officers at the strategic Incirlik air base used by US fighter jets to bomb Syria.

Some Turkish media outlets have claimed a former US general John Campbell, who retired from the US-led military coalition in Afghanistan in May, planned the failed coup. The allegation has been rejected as absurd.

Turkey will have to present US authorities with a list of the criminal charges against Glen, proof that similar charges exist under US law, and a clear set of evidence that amounts to more than surmise or hearsay. The extradition warrant would have to be issued by a judge.

American officials remain sceptical about the standard of evidence, and point out that Glen was once a political ally of President Recep Tayyip Erdoan.

Abdurrahman Bilgic, the Turkish ambassador to London, said: We have been warning friends and allies about the real motives and hidden agenda of this terrorist group and its leader, Fetullah Glen. The treacherous coup plot has revealed the real face of Fetullah Glen and his sinister organization. In fact, it was more than a plot.

What happened on the night of 15 July was an act of terror, killing hundreds of people wounding thousands.

Bilgic said that it was crystal clear that the coup attempt was led by a network of military officers affiliated with Glens organisation. He said: Recent testimonies of those who played key roles in the plot all point to this direction.

The US response to the extradition request may be coloured by repeated warnings that Turkeys parliament may reintroduce the death penalty for some of the coup plotters. US Democratic candidate Hillary Clinton is committed to ending the death penalty, but is also an advocate of a more interventionist stance in Syria, and so is dependent on Turkish cooperation. Turkey is a member of Nato, and a turn away from the west would have massive strategic consequences.

Bilgic said Turkeys parliament will consider whether to reintroduce the death penalty in a calmer climate, but warned that a US refusal to extradite Glen would have wider consequences.

Recent months have seen growing signs of a rapprochement between Turkey and Russian president Vladimir Putin, but Turkish officials insist this trend was underway before the coup and should not be seen as a reflection of any anger with the US.

Turkish government is deepy frustrated at what it regards as the lack of western support for the wide crackdown in the wake of the coup.

As part of a three-month state of emergency, the Turkish government has rounded up not just coup plotters in the army, but dissident journalists, 3,000 judges, teachers, bankers and foreign ministry diplomats. Almost 16,000 public servants have been detained and 50,000 fired. Amnesty International said on Thursday that arrest warrants have been issued for 89 journalists, more than 40 have already been detained and others are in hiding. A second emergency decree passed on 27 July has resulted in the shutdown of 131 media outlets.

Among the armed forces 325 most senior officers, 149 have been sacked and on Wednesday nearly 1,700 personnel were dishonourably discharged for their role in the putsch, including about 40% of Turkeys admirals and generals.

On Thursday Turkeys top military council decided to keep the head of the armed forces, General Hulusi Akar, in his post, as well as the army, navy and air force commanders. After the meeting a parliamentary official said that Erdoan would seek to bring the armed forces and national intelligence agency under the control of the presidency. They currently report to the prime ministers office.

Such move would require a constitutional amendment and therefore the support of rival parties. The official said Erdoan would discuss the move with the opposition.

In London the Liberal Democrats called for Turkey to be expelled from Nato saying its crackdown on civil liberties took the country outside the Nato family.