Australian politicians calling for a ban on Muslim immigration miss the point and make the effort to create a decent, diverse society even harder 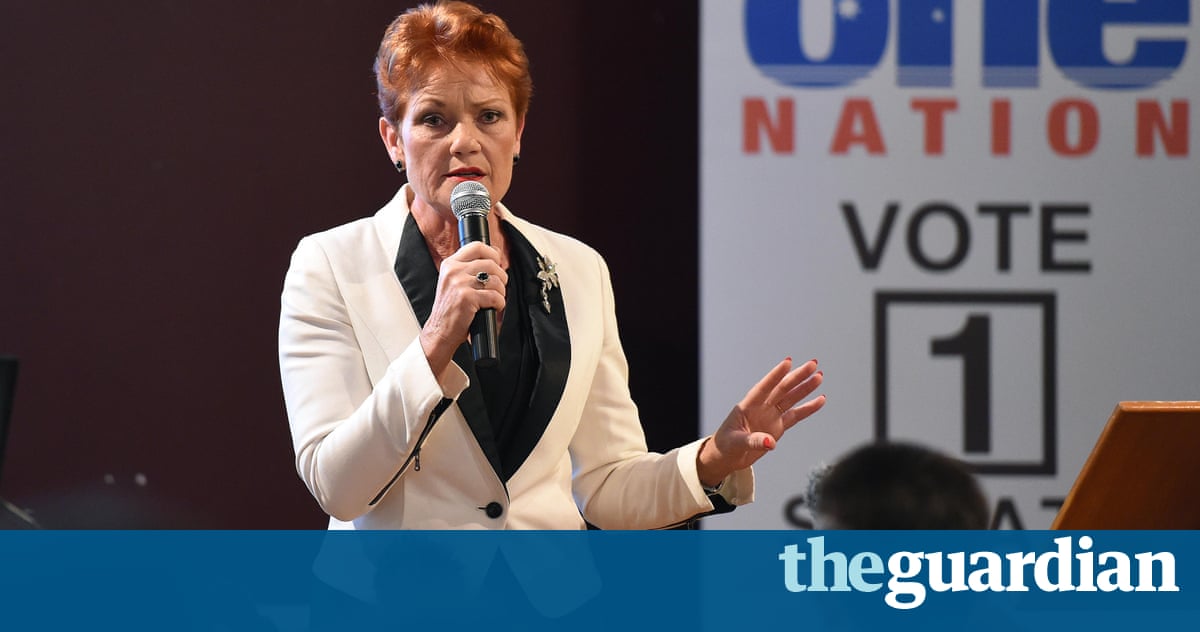 The anti-Muslim preachers have wasted no time in their attempts to hijack the Orlando massacre to reinforce their Islamophobic agenda. The renowned anti-immigration politician Pauline Hanson who is running for a Senate seat in the Australian federal election led the charge by calling for a ban on Muslims in Australia, accusing Islam and what it teaches of fuelling the attack. Fellow Senate candidate Bernard Gaynor of the far-right Australian Liberty Alliance followed suit, blaming Orlando on irresponsible immigration and calling to stop Islamic immigration into Australia.

The dangerous statements by Australias far-right political candidates echo those of presumptive Republican presidential nominee
Donald Trump, who insists it was the legal immigration of New York-born Omar Mateens parents from Afghanistan despite Mateen having very little connection to Afghanistan that was responsible for the heinous slaughter of 49 predominantly Latino and African American homosexuals.

It was neither the fact that Mateen had a Muslim background, nor that his parents were immigrants from Afghanistan, that caused him to go on a killing spree at Pulse nightclub. Mateen was homophobic, perhaps a closeted homosexual, with a history of violence. His wife claims he beat her. It was blind ignorance that drove Mateen to mow down dozens of innocent people in a gay club.

In their respective video statements, in which they purportedly assert that the protection of Australians is in their best interests, neither Hanson nor Gaynor referenced the LGBTI community.

Make no mistake: this was a direct assault on the LGBTI community. No attempts by the far-right, either in Australia or the United States, can shroud the reality that this was, as Owen Jones boldly put it on Sky News UK, an intentional attack on LGBT people.

As much as the far-right would prefer to make this an issue of foreigners or a vicious alien culture, Mateens chosen target speaks of a domestic hate that we have yet to overcome. Mateen held a special loathing for the LGBTI community, in a country where homosexuality is often at the centre of its deep political polarisation.

Homophobia is used as a political weapon in the United States to mobilise conservative masses. Conservative politicians have used LGBTI communities as a battlefront to push their hardline, conservative agenda. The disgraceful cheering of the Orlando attack by Americas radical Christians Texas lieutenant governor, Dan Patrick, tweeted, before deleting, the Bible passage a man reaps what he sows, while Pastor Roger Jimenez callously said the tragedy is that more of them didnt die demonstrates that Mateens homophobia was rooted in a toxic, domestic political climate. Homophobia is an American problem, an Australian problem, an Arab problem, a global problem.

Calls for blanket bans on Muslims perpetuate intolerance in societies, which fuels hateful attacks such as we witnessed in Orlando. It is well documented that some of the most egregious human rights abusers are Middle Eastern states, and that Arab and Islamic countries are among the most hostile countries to the LGBTI community in the world.

I can attest to that as a gay Lebanese Australian journalist who has worked in the Middle East, and shed light on these issues. I can relay the horrific stories that I have crossed: from Iraqi Shiite militiamen super gluing the anuses of suspected gay men until they perished, among other horrific torture techniques, to Lebanese men having eggs wedged up their behinds by police to determine if they were gay (if it cracked, you were considered gay).

Intolerance in the Middle East is not limited to Islamic State but experienced across the entire social spectrum, from the state level down. Saudi Arabia and Iran continue to torture, and at times execute, individuals for homosexual offences. Even supposed secular states like Egypt and Lebanon routinely raid suspected LGBTI venues, and arrest individuals for homosexual acts.

But that is not the entire picture. Within the Arab and Islamic world, there is a fierce struggle being waged by LGBTI activists, in unison with a swathe of civil society actors womens rights activists, journalists, artists, minority activists to change the status quo, and build a region based on tolerance, diversity and acceptance. And guess what? Most of them are Muslim.

Some of the most prominent figures in the Middle East advocating social change and not restricted simply to LGBTI issues are LGBTI activists. I can mention, among countless other examples, Mashrou3 Leila, a popular Lebanese rock band with a gay Muslim lead singer, which performs across the Arab world and infuses bold political messages, including on LGBTI rights, within their music. These activists are fighting the same fight for more open, tolerant and diverse societies, while rejecting bigotry outright. They need to be empowered, not alienated and demonised.

The delineation is not between Islam and the west, or even Isis and the west but between tolerance and intolerance. Radical Christians are joining radical Muslims in their celebration of the Orlando massacre, but concurrently, progressive and tolerant Christians and Muslims are embracing each other in mourning.

The appropriate response to Orlando is not to incite further bigotry by demonising one group Muslims or minimising the victims LGBTI people. Perpetuating hatred within society is what leads to such horrific tragedies. Rather, it is necessary that initiatives to promote tolerance and acceptance are followed through.

For Australia, that means supporting the Safe Schools anti-LGBTI bullying program to ensure our future generations are tolerant generations where diversity is celebrated and normalised.

It means pressuring Arab and Islamic states to decriminalise homosexuality, cease the persecution of their LGBTI communities and promote gender equality through substantial and meaningful reforms.

For the US, it means ensuring those filled with hate are deprived the weapons to act upon it, and people like Trump never make it to power.

Bernie Sanders can make a real difference in the causes he’s championed, even if he doesn’t become president. That’s particularly true for one of his signature issues: health care. No matter what happens with the Democratic presidential nomination, the Vermont senator can…