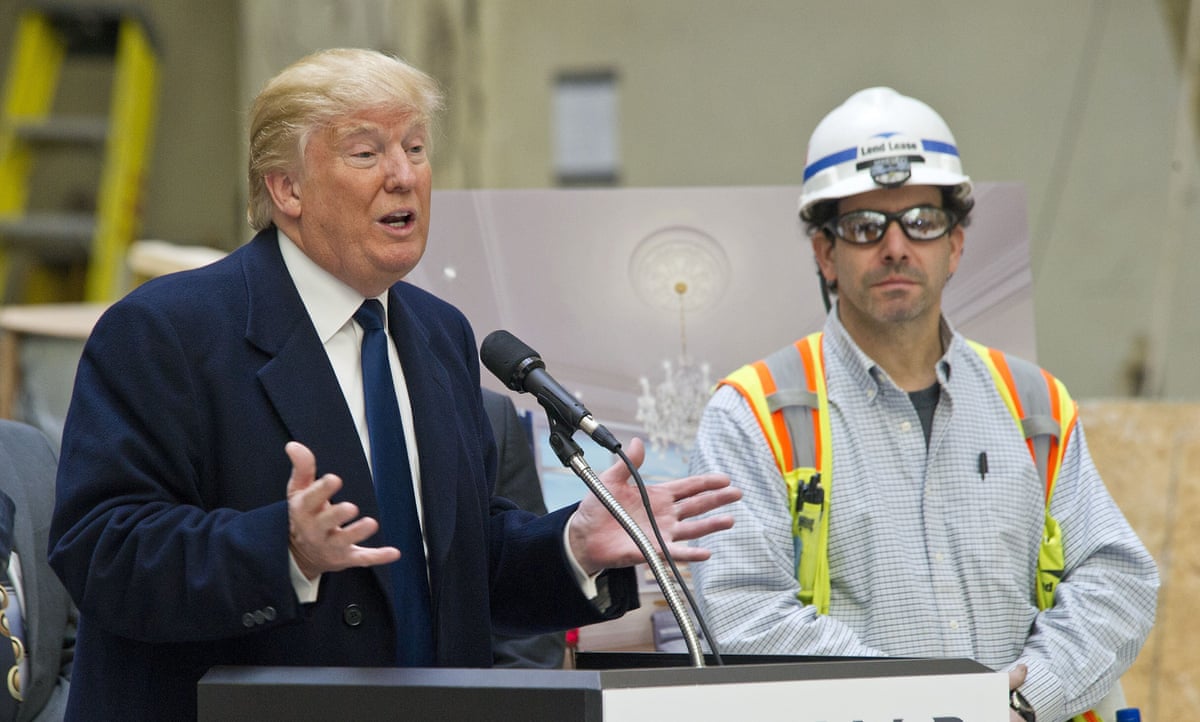 With millions of dollars of negative and phony ads against me by the establishment, my numbers continue to go up, tweeted Republican frontrunner Donald Trump recently. Can anyone explain this?

Well, if you work in media, youve probably given it a crack. Trump lacks any serious plan to restore American prosperity but no one can deny the pump-priming hes provided for the opinion writing industry.

But most of the hot takes about Trumps extraordinary ascent explain more about their author than about The Donald. Consider a recent piece by Kevin D Williamson in the National Review, a venerable magazine of the American Right that recently published a special Stop Trump edition.

Chaos in the Family, Chaos in the State: The White Working Class Dysfunction takes aim at those blaming the Republican establishment for Trumps success. In particular, Williamson is offended by suggestions from the paleoconservative Michael Brendan Dougherty that the GOP elite offers nothing to, say, Mike from Garbutt, NY, a hypothetical blue-collar conservative in a hardscrabble town.

If the conservative movement has any advice for Mike, says Dougherty, its to move out of Garbutt and maybe learn computers.

Mike, explains Dougherty, now votes Trump, something that should be a wake-up call to the Republican establishment.

Williamson disagrees. He accepts that little communities associated with declining manufacturing industries provide a big slice of the Trump vote. He also acknowledges the suffering in such towns (welfare dependency, the drug and alcohol addiction, the family anarchy) but says thats all symptomatic of the moral fecklessness of people dedicated to the whelping of human children with all the respect and wisdom of a stray dog (yes, really!).

Young men of Garbutt get off your asses and go find a job: Youre a four-hour bus ride away from the gas fields of Pennsylvania.

Garbutt arose to service the gypsum industry of the 19th century, a boom that has long since gone bust. So why preserve such a place?

The truth about these dysfunctional, downscale communities is that they deserve to die. Economically, they are negative assets. Morally, they are indefensible. Forget all your cheap theatrical Bruce Springsteen crap. Forget your sanctimony about struggling Rust Belt factory towns and your conspiracy theories about the wily Orientals stealing our jobs The white American underclass is in thrall to a vicious, selfish culture whose main products are misery and used heroin needles. Donald Trumps speeches make them feel good. So does OxyContin. What they need isnt analgesics, literal or political. They need real opportunity, which means that they need real change, which means that they need U-Haul. If you want to live, get out of Garbutt.

Australians might find the casual brutality of this argument naggingly familiar, even if it takes a moment to identify the context in which you heard it. For Williamsons mounting, of course, is exactly the argument that conservatives in this country have been making about remote Indigenous communities since at least the Howard years.

The Australians Gary Johns spelled out the point in more detail last year:

These remote places witness children and their parents sitting idle, playing cards, or taking benefits for pretend work: but they die young. These remote places are forlorn. [T]he gap cannot close while Aborigines live a lifestyle that harms them. Australians are fools and worse to ignore this There are options off-country. From footballers to academics the paths are clear get out and get on.

In March last year former prime minister Tony Abbott said of the proposed closure of 150 remote Indigenous communities: What we cant do is endlessly subsidise lifestyle choices if those lifestyle choices are not conducive to the kind of full participation in Australian society that everyone should have.

If you want to live, get out of your traditional lands.

The similarities are not coincidental.

In both cases, the argument accepts capital accumulation as the touchstone for human relations, the sole legitimator of social good. If the customs of Indigenous Australia dont fit the priorities of modern capitalism, then, by definition, theyre dysfunctional and so the custodians of the oldest living culture in the world should embrace a different lifestyle, one more compatible with free market principles.

The traditions of Garbutt, NY, arent nearly as ancient. Yet, in a way, the relative novelty of whats being demolished merely highlights the cruelty of the process.

Throughout most of the 20th century, American capitalism depended upon working people faithfully serving their local mill or mine or factory. Hence the importance attached to so-called small town values: civic pride, steadiness, family and so on. Such ideals that suited employers but that were also embraced by workers, who often build their lives around them.

Now Williamson tells them they were suckers.

Twenty-first century capitalism requires, it seems, a nimble, high-tech workforce, capable of relocating anywhere that business might temporarily settle. You believed your town and your church and your local football team counted for something? Tough luck, feller. The markets moved on. If you dont follow, the ruination that will befall you (unemployment, crime, drug abuse, etc) will be entirely your own fault.

Williamson intends his piece as a provocation. No mainstream politician would attack white workers with such callousness. Nevertheless, hes basically singing from a hymn sheet shared by Democrats and Republicans alike. The market gives, and the market takes away. Blessed be the name of the market.

I had a job, I had a girl, I had something going, mister, in this world, sings Bruce Springsteen. Hillary Clintons too astute to call the Boss cheap theatrical crap but no one imagines shell help the narrator of Downtown Train reclaim his job at the local lumber yard.

Thats where Trump comes in.

The promise to make America great again appeals, for understandable reasons, to those who feel that everything solid in their lives has been melted into air. Trump promises to restore the good times but thats only part of his schtick. He also reassures you that the good times were actually good, that (contra Williamson and his ilk) you didnt build your life on a complete con.

Trumps not in any sense an anticapitalist. But he positions himself as an old-style tycoon, an industrialist from the time back when the USA actually built stuff and so nostalgia facilitates the racial component of his support.

For, of course, the moguls who presided over Americas glory days were also fond of an argument very similar to Williamsons. But back then, it was directed at blacks. African American communities were dysfunctional and deserved to die, said the pundits. African Americans were lazy and unwilling to work; they neglected the children to whom they foolishly gave birth.

Paul Campos identifies the Williamson piece as part of a series of conservative screeds that could be called Working-Class White is the New Black. In the 21st century, its increasingly difficult for anyone to escape the treatment that was once predominantly directed at the most oppressed.

Trumpist scapegoating appeals to those suddenly confronted by the pitiless logic of the market: essentially, hes inviting whites to say target them and not us. It wont work, of course, but when the establishments offering nothing else, you can see why it seems attractive.

(CNN)Our world is constantly bombarded by space dust, with most of it burning up in our atmosphere. However, the micrometeorites that made it safely to Earth may contain ancient information about the planet’s early history. Scientists were able to find…