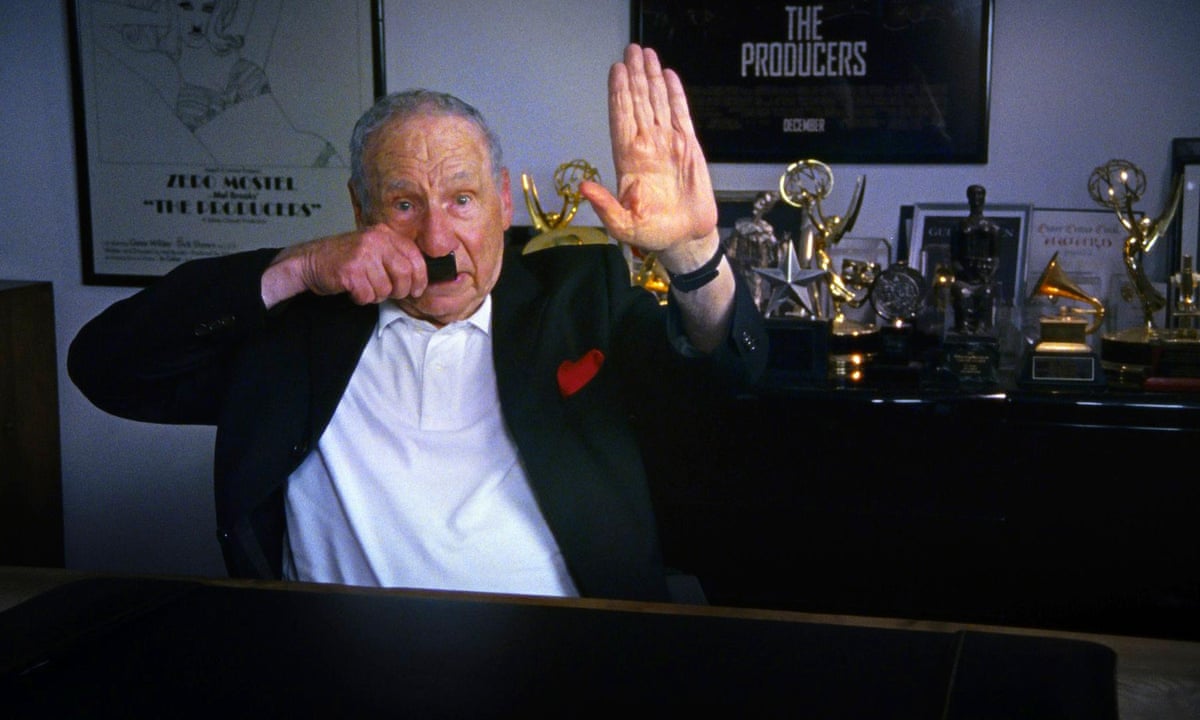 Did you hear the one about the murder of 6 million Jews? In documentary The Last Laugh, writer and director Ferne Pearlstein canvasses comedians ranging from Mel Brooks to Sarah Silverman, Holocaust survivors and anti-racism activists to ask whether the Nazi death camps are an appropriate subject for humour.

Naturally, this gives rise to an incredible wealth of comic material ranging from Seinfelds Soup Nazi (which Roz Weinman, who was in charge of standards and practices for NBC at the time, regrets approving as she believes the way it passed into pop culture ended up trivialising the Holocaust) to Joan Riverss 2013 shock-and-awe one-liner about Heidi Klum: The last time a German looked this hot was when they were pushing Jews into ovens.

Then there is Silvermans routine from Jesus Is Magic, which doesnt so much break taboos as send them into meltdown. Sample line from this pitch-black standup show: The Holocaust would never have happened if black people lived in Germany in the 1930s and 40s well, it wouldnt have happened to Jews. She also introduced Brooks at an awards ceremony with the words What do Jews hate most about the Holocaust? The cost, which was too much even for the creator of The Producers.

Who gets the right to make these jokes? Only Jewish people, is one of the few consensuses arrived at in this film; Lisa Lampanellis crack about David Hasselhoffs music being so bad that had it been played at Auschwitz the Jews would have sprinted for those ovens sounds horribly off-key coming from an Italian American. Is it appropriate to laugh? Whats funny about such a terrible event?

In attempting to answer these questions, The Last Laugh focuses on Renee Firestone, a 91-year-old Auschwitz survivor whose whole family was murdered and whose sister was experimented on by Josef Mengele. Yet despite her experiences of such intense evil, the vibrant Firestone believes that if you cant have a laugh even at the Holocaust then the Nazis may as well have won.

There is a striking scene however in which she talks to another survivior, Elly Gross, as both sail through a replica of Venice on a gondola (theyre at a Holocaust survivors gathering in Las Vegas). Gross cannot see anything remotely funny about the Nazi death camps which demonstrates that there isnt even agreement on the subject among those who were subjected to the Shoah. Its also notable that when Renee is filmed watching some famous comedy routines about the Holocaust, including Silvermans, she doesnt find them funny and watched through her eyes, they dont seem particularly amusing either.

This disagreement is echoed more widely in the film. Mel Brooks describes Life Is Beautiful as the worst film ever made for treating the Holocaust in such a sentimental fashion, but Abraham Foxman of the Anti-Defamation League, who condemns the Rivers joke, says he thinks the Oscar-winning film is wonderful. Theres also a brief discussion of Jerry Lewiss deeply bizarre (and suppressed) film about a clown entertaining children in the death camps, The Day the Clown Cried, whose catastrophic failure proves exactly why this material should be handled with such extreme care.

The Last Laugh broadens out into other taboos, talking about the role of comedians after 9/11, including a clip of a routine from Chris Rock about the replacement Freedom Tower which now stands by Ground Zero Whos the sponsor, Target?
Some will be disappointed by the lack of firm conclusions in this film, but if it reveals anything, its the intensely personal nature of what people find funny. And by concluding with Firestones memories of her final happy afternoon before her family was marched to the camps, it doesnt downplay the tragedy behind the comedy.