It could be a bane or a boon. There are ethical issues like the effect on jobs and tax that we need to talk about 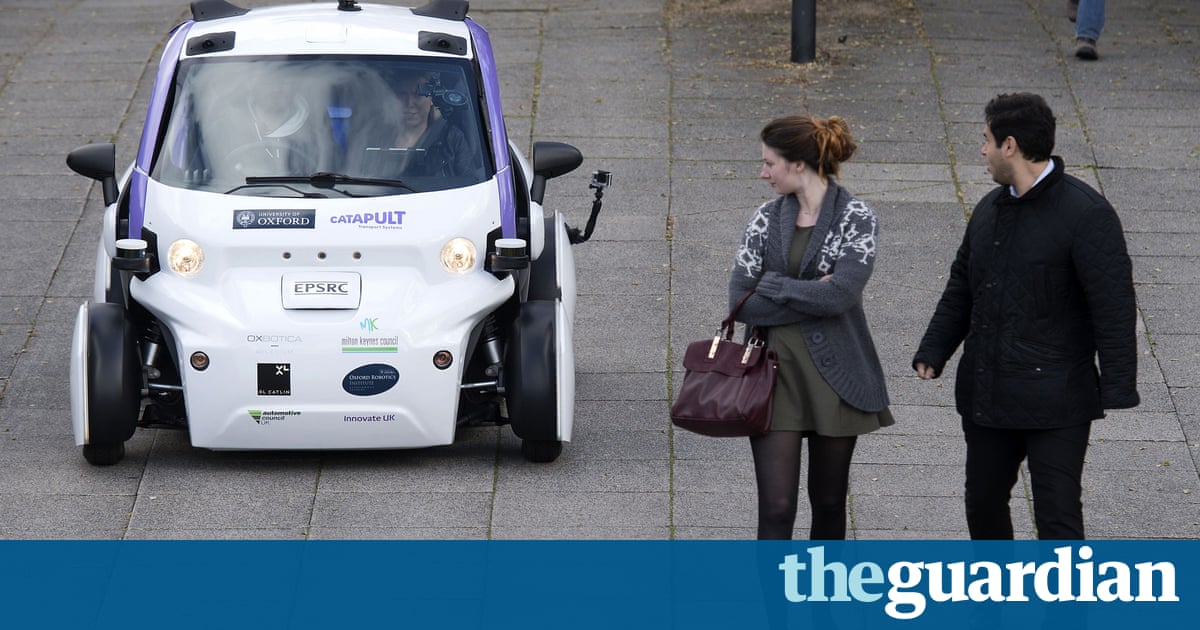 If theres one thing 2016 taught us its that political predictions are a mugs game. Predictions about technology and society, however, are at least a little easier. One thing thats going to rub up against our noses during 2017 is the imminence of the driverless car revolution, which is going to be a big one.

Around our house there is a new noise. Its my voice, in a tone of authoritarian command, saying: Alexa, stop! Or perhaps, Alexa, play the Beach Boys; or Alexa, whats the weather like tomorrow? Yes, like thousands of others, I got the new Amazon toy for Christmas a small cylinder that can answer many questions with enormous speed and proficiency, play music, order taxis, dictate recipes and much else besides.

Yet Alexa, already transforming life in my household, is nothing compared to the changes that driverless cars are going to visit on us very soon. Not long ago this was science fiction, but in 2016 we saw them tested on the streets of Milton Keynes. Meanwhile, in San Francisco, a row between Uber and the state of California over licences saw driverless cars removed from the streets and the first fatal car crash in the US involving a car on autopilot.

Next year the UK government hopes we will see trials of driverless cars on British motorways. So its time for some serious thinking about whats coming down the fast lane in 2017.

Lets start with the positives. First, quite a lot of people who would be killed or maimed on the roads if we carry on as we are will be saved. It may seem counter-intuitive, but almost all studies on properly equipped driverless cars suggest they are safer than those driven by humans. There is an additional safety advantage for women, who worry about late-night taxi rides. A driverless car might seem a sinister invention to some people but it isnt going to rape you.

Driverless cars should also greatly improve the urban landscape. We have become used to the ugliness of almost every street being choked by parked vehicles, but there would be almost no point in most of us owning a car. The cost of a cab ride is mostly made up by paying the driver, and therefore local rides would be dramatically cheaper.

It will seem outlandishly extravagant to blow tens of thousands of pounds on buying a piece of equipment you can hire whenever you need it for far less. Petrolheads on a Jeremy Clarkson kick will still want to own their cars, but for most people this will be a big saving.

So our streets will be clearer. And, because these will be electric cars, cleaner too. There will have to be vast new infrastructure systems huge garages to store the cars so they can arrive quickly when ordered. I wonder whether local train services will survive. We may see a return to the Thatcherite proposal for railway lines to be turned into roads, this time for driverless cars.

As for buses, at the moment we have a largely undiscussed transport apartheid between car owners and bus users. But if driverless cars work then surely there will be driverless buses, which can be a lot smaller and more numerous than todays diesel-spewing vehicles. At the other end of the scale, car sharing and car pooling, already popular, will expand: the distinction between somebody using a driverless minibus and driverless, large shared car could become meaningless.

Put all this together and I can imagine car ownership, and car driving, being frowned on as much as opening a packet of fags at a family gathering is now.

But lets turn to the dark side of this. First, the effect on jobs. There are just under 300,000 HGV drivers licensed in the UK and about the same number of licensed taxi and cab drivers in England and Wales. But these figures are probably an underestimate of the actual numbers of professional drivers, given the black/grey economy and the local delivery drivers. Putting all this together, I wouldnt be surprised if there were around a million people across the UK dependent upon driving others, or goods, or takeaways for their living.

But the numbers are only the half of it. In an age of job insecurity, driving has become the default way that many people, particularly men, keep their heads above water. If you cant find anything else, sign up with a local cab firm and spend long hours on the streets.

So the effect of this version of job destruction will be harsh, and require redistribution. Who will be the huge gainers from the driverless car revolution? Presumably the biggest car companies, and those at the forefront of the technology Tesla, Mercedes, Honda and the taxi companies, like Uber. Both can expect to make gargantuan profits. How do you channel some of that money back into the economy to provide jobs for the former drivers?

Thats the old question about the taxation of multinationals. I dont seeany chance of our society running out of things for human beings to do not with the care crisis, or the needs ofthe NHS, or the almost endless amounts of environmental work to be done. Its about funding, by effectively taxing the new profits.

There are also safety issues. This entire system depends upon the internet. A terrorist attack, or even a large solar flare, could knock everything out. The more interconnected we are, the more vulnerable we are.

This is such a huge issue I would expect it to be a major political questionfor the year ahead. As with most technological advances, driverless cars will be a wonderful future or a looming disaster, dependent on the political choices we make. That, at least,hasnt changed. Has it, Alexa?