From Essex serpents to chimpanzees, political satire to the best new thrillers leading writers reveal which books they will be taking to the beach 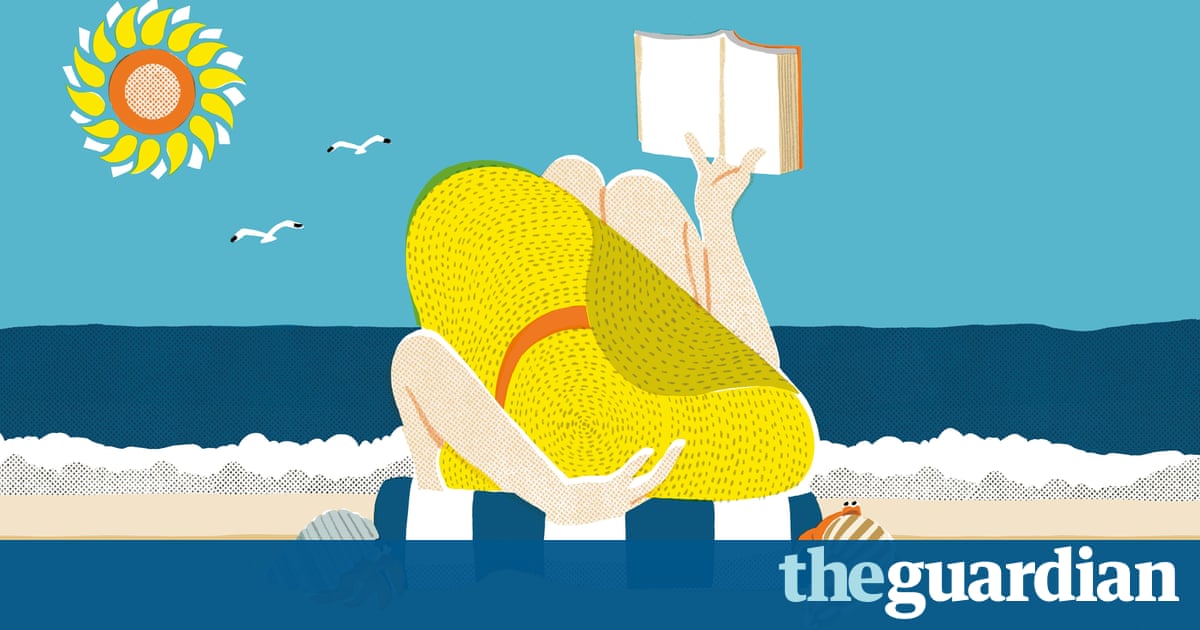 I recently reread Anita Brookners first novel A Start in Life(Penguin), and it left me thinking that maybe all novelists should be forbidden from publishing until they are 53; that way they would already have a finished style and a mature, cogent, individual view of the world. This nearly faultless novel also reflects on the competing truthfulness of Balzac versus Dickens. (Balzac died at 51, so the Brookner rule cant apply to him.) But for the moment I am engrossed in Svetlana Alexievichs extraordinary Second-Hand Time (Fitzcarraldo), an oral tapestry of post-Soviet Russia.

Solar Bones (Tramp) by Mike McCormack is the monologue of an ordinary man which skilfully, gradually, tenderly discredits the meaning of ordinariness. A novel without a single full stop, it is easily the most all-consuming and splendid sentence I have ever read. Mia Gallagher is another Irish writer who deserves greater attention from overseas. Her second novel is as rich in texture as it is vast in reach. Beautiful Pictures of the Lost Homeland (New Island) is made up of several voices, from an elderly womans memories of 1940s Bohemia to a troubled transsexual in contemporary Dublin.

These two books yanked me in and pulled me under with their first paragraphs. I cannot wait to swim with them deep into the summer. The Tusk that Did the Damage by Tania James (Vintage). An elephant, a poacher, a collision of desperate needs. This novel is going to destroy me completely I cannot wait. An Unnecessary Woman Rabih Alameddine (Corsair). I adore Rabih Alameddine. Now its out. I am preparing for a soulful, brilliant, spiced and incredibly delicious feast.

Treat yourself to a blast of poetry this summer. Anyone remotely interested in the art form should read Craig Raines wonderful My Grandmothers Glass Eye: A Look at Poetry (Atlantic). Feisty, provocative, learned, passionate it is a seminal, lasting work. And then two poets to follow up. Jamie McKendricks magnificent, intricate, profound Selected Poems (Faber) clearly establishes him as a modern master. And a first collection from Sarah Howe, Loop of Jade (Chatto), shows that new voices can still carry their own unique freight of subtle music married to acute intelligence

It looks like a good summer for stories about America by women, which I hope will serve as a distraction from political realities that keep outstripping fiction. First, I cannot wait to read The Theoretical Foot (Bloomsbury), the only novel by the great American food writer MFK Fisher. A story of Americans abroad in the late 1930s, against the backdrop of the coming war, is right up my street. Ann Patchetts Commonwealth (due in September from Bloomsbury) is the latest novel from a writer Ive long admired; Ive heard it described as her masterpiece. Telling the story of an American family over the last five decades, its title nods to our endangered commonweal. Hannah Kohlers first novel, The Outside Lands, comes garlanded with praise from writers including Lionel Shriver, who must be viewed as something of a one-woman tough crowd. What sets it apart is that this story of an American family riven by the Vietnam war has been written by a young British woman who wasnt even born when the action of her story takes place. Finally Lionel Shrivers brilliant satire of America, The Mandibles: A Family, 2029-2047 (Borough), offers a prophetic glance at the dangers into which toxic governments can lead us: in the few months since publication events are already proving her right, which is frankly terrifying.

Max Porters Grief Is the Thing with Feathers (Faber) is a compact and lovely book. Porter thinks around the aftermath of loss through three tight-knit views; a bereaved husband, his sons and the volatile character of Crow, who mediates the experience. His writing inside the heads of the young boys is great. As Ill be spending time in Scotland this summer, Im going to get my hands on Another Green World: Encounters with a Scottish Arcadia by artist Alison Turnbull with Philip Hoare (Art/Books 2015). Its a book of drawing, text and photography about Linn Botanical Gardens, a slice of deep horticultural magic on the Rosneath peninsula in Argyll.

Im currently reading Matthew Todds Straight Jacket: How to Be Gay and Happy (Bantam), which asks the somewhat controversial question: Whats wrong with LGBT people? This powerful book, I believe, will save lives. Id like to see every gay man reading this over the summer. YA writers continue to write some of the best and most overlooked novels out there and I recommend Goldy Moldavskys Heathers-esque Kill the Boy Band(Macmillan), and Irish debut author Claire Hennessys Nothing Tastes As Good (Hot Key), a refreshingly original examination of teenage eating disorders.

Id recommend Shrill by Lindy West (Quercus). Its a perfect antidote to the upcoming summer body tyranny that is directed at women every year at this time of year she writes about fatness in a way that made me really question the toxicity of diet culture. Its not just about being fat, its about being a fat, opinionated woman, and the push back she gets for it. Cal Flyns Thicker Than Water (William Collins) is my serious recommendation: a meaty read about the tendrils and overhang of British colonialism. Read it if you want to ask big questions about Britain, race and responsibility. Finally, Im three years late to it, but Ive just finished Chimamanda Ngozi Adichies Americanah (4th Estate). It was a total joy. People recommended it to me because I used to blog about race, like the protagonist. But its about so much more love and loss and politics. Completely engrossing, take it on some long train or coach journeys, and watch the time fly by.

I am some way through Ben Ehrenreichs
The Way to the Spring(Penguin), which is a chillingly beautiful, albeit heartbreaking, chronicle of Palestinian life in the West Bank. Its written with immense empathy, but is equally grounded, and urgently real.

Im curious about Ben LernersThe Hatred of Poetry (Fitzcarraldo), which is a close reading of poetry and why people detest it; this from someone who has essentially organised his life around the art. I read, and admire, everything he writes.

Ive heard great things about Elnathan Johns Born on Tuesday (Cassava Republic). John is a satirical columnist and lawyer in Abuja, and the novel is the story of a street boy unwittingly caught up in the tumultuous politics of Nigeria. It sounds like one to read alongside editor Ellah Allfreys eye-opening collection of non-fiction writing from the African continent Safe House(Cassava Republic).