Olympic committee secretary-general says he felt pressured to choose a runner who is part of a Samsung ad campaign, despite her not being the countrys fastest 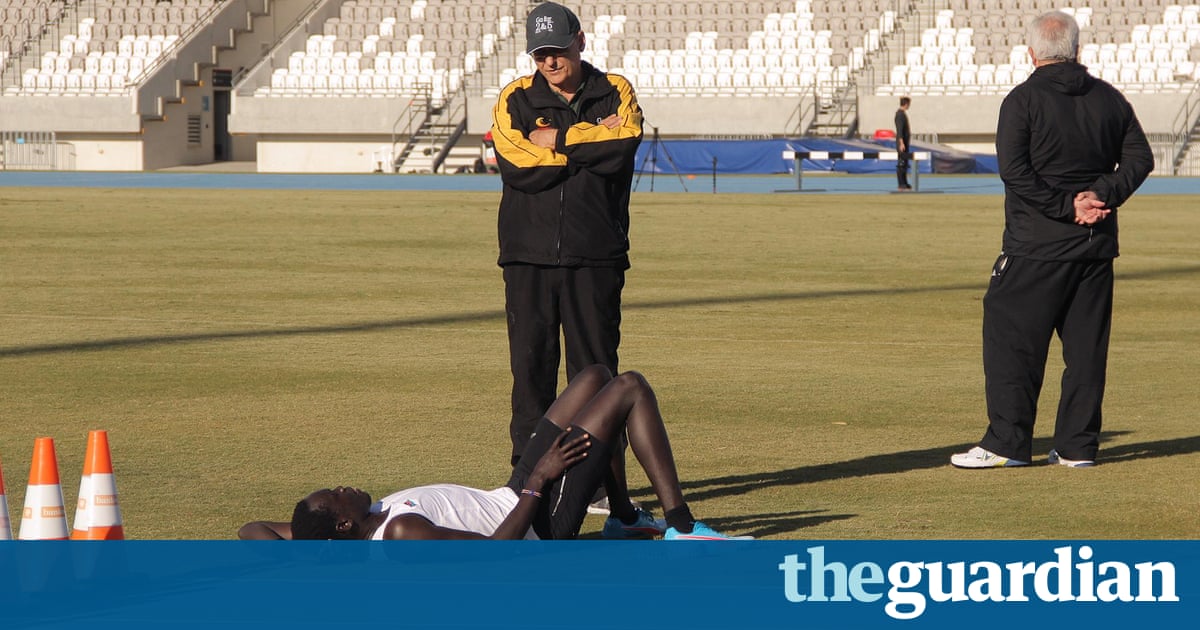 South Sudans first ever Olympic Games team is in disarray over allegations an advertising deal influenced which athletes were selected to compete at Rio.

Two of the three runners in South Sudans team have been deregistered by their countrys athletics federation ostensibly prohibiting them from competition because they werent proposed for selection by the federation, but were ultimately chosen in the team by the National Olympic Committee.

The secretary-general of South Sudans National Olympic Committee, Tong Chor Malek Deran, has said in correspondence with athletes, and in interviews, that he felt pressured to choose one of those athletes, sprinter Margret Rumat Rumar Hassan, because she was the centrepiece of an advertising campaign for Samsung, despite the fact she was not the fastest runner in the country.

In an email he sent to athletes and media after The Guardian revealed the selection crisis, he wrote:

We have selected Margret as she is Olympian (Nanjing [Youth Olympics] 2014) her activity was shown during our recognition by IOC in Kuala Lumpur [at the meeting where South Sudan was admitted to the Olympic Games], and moreover she has been contracted by Samsung to commercial on way to Rio, so we are to complete her story to Rio.

In a radio interview with the ABC in Australia, he said:

Thats correct. We choose her because already we have signed a contract with Samsung, that she is an Olympian.

He confirmed he felt an obligation to select Hassan.

I repeat it. I repeat it: yes. And I strongly say yes. Because we had a contract already signed with Samsung. This is a violation of our contract.

Samsung has denied any influence on the team selection. It said in a statement: Samsung does not have any sponsorship agreements with the South Sudanese Olympic team, and Samsung was not involved in the South Sudanese National Olympic Committees decisions.

South Sudan is the worlds newest nation, emerging from four decades of brutal civil war to win its independence from Sudan in 2011. It remains stricken by famine and drought, and by newly-re-emergent internecine fighting.

Rio will be the first Olympics the country is taking part in, and it intended to send a small team to compete only in track and field events.

No South Sudanese athletes have recorded an automatic qualifying time in their event for the games.

The South Sudanese Athletics Federation, the authorising body for the sport in the country, selected two athletes for the 2016 Games: Perth-based sprinter and former refugee, Mangar Makur Chuot, reigning national champion and whose personal best for the 200m is just 0.26 seconds outside the automatic qualifying time, and; 16-year-old middle distance runner, Santino Kenyi, who ran 3:45 to set a new South Sudanese national record in the 1500m in the recent African Games.

Kenyi was selected for Rio and will run at the Games.

Chuot, who was formally told by letter last December he had been chosen for the Rio team, and had even received his athletes accreditation, was informed by email on Thursday eight days before the Games began that he had not been selected and would not be running. He had been told as recently as July 20 by the South Sudan National Olympic Committee that he would be competing.

Instead, the National Olympic Committee selected Hassan, and marathoner Guor Marial, who ran the London Olympic marathon under the IOC flag.

The Guardian understands the athletics federation was not told of the Olympic committees decision to unilaterally override its selections.

The South Sudan Athletics Federation has responded furiously, writing to the International Athletics Foundation notifying the sports global governing body that it had deregistered Hassan and Marial, effectively preventing their participation in the Games.

As recently as July 20, Tong had been in email correspondence with Chuot over travel arrangements for the Rio Games. Tong told the Guardian from Juba: We wanted to take more athletes but the rules state that this is not allowed. We did not have that privilege.

I am very, very sorry that he cannot go, I regret this, but this is the situation for South Sudan.

There is no suggestion Hassan has acted improperly in any way.

However, she is not the fastest female sprinter in South Sudan at present. At the recent African Games in Durban, she ran 27.61 seconds in the womens 200m heats.

Chuot, now a dual Australian-South Sudanese citizen and based in Perth, Australia, is the reigning South Sudanese national champion over the 200m sprint and he holds the national record in the event.

He was the Australian national champion over 200m in 2014, but in 2016 had chosen to run for his homeland at the Rio Games, in honour of his father, Makur Chuot, who was killed during Sudans bloody civil war.

He had to fight to save his people, and he died doing that … He died a hero, Chuot told the Guardian in an extended interview before his expected departure for Rio.

A major esports milestone has been reached in Australia, with League of Legends officially being included in the countrys largest university sports competition for the first time ever. Organized by Australian University Sport and backed by the Australian Sports Commission,…