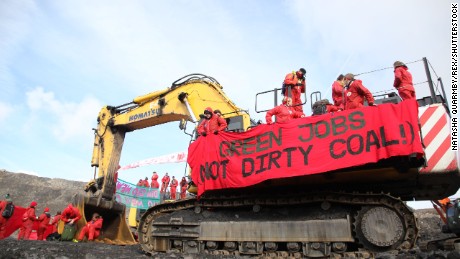 (CNN)The world would be better off without coal. That’s a hard but true fact.

Burning it creates pollution that kills thousands of people each year in the United States alone. And ending the use of coal — as fast as possible — is key to the fight against climate change.
These are points climate activists around the world are underscoring this week as members of the “Break Free” movement attempt to temporarily shut down coal mines and other fossil fuel projects.
But they’re ideas Hillary Clinton and Donald Trump are having a hard time articulating.
Clinton, the likely Democratic nominee for the U.S. presidency, was confronted on Monday by a former coal worker in West Virginia. Bo Copley pressed Clinton on her March statement that her clean energy plan would “put a lot of coal miners and coal companies out of business.”
The exchange was gut-wrenching. Both because you have to feel for coal workers who are just trying to make a living. And also because Clinton royally mucked up the answer.
She failed to state clearly an uncomfortable truth, which is that coal companies must be put out of business. Jobs must be lost. But it’s also our duty to each other as citizens to find new opportunities for coal country.
Instead, Clinton made it sound like she hopes coal is on the verge of a renaissance.
“I don’t know how to explain it other than what I said was totally out of context for what I meant because I have been talking about helping coal country for a very long time,” Clinton said. “It was a misstatement because what I was saying is the way things are going now, (coal miners) will continue to lose jobs. It didn’t mean that we were going to do it. What I said is that is going to happen unless we take action to help and prevent it.”
Trump, the presumptive Republican presidential nominee, has been even worse on this issue, saying, “We’re going to bring those miners back to work. … They are going to be proud again to be miners.”
That’s just ignoring reality.
I understand this is a delicate dance in an election year.
And I do sympathize with the concerns of coal country. Big coal companies are going bankrupt left and right, people are losing jobs they’ve had all their adult lives and things only are poised to get worse. We have a serious moral obligation to help these hard-hit communities transition. To be fair, Clinton has proposed some of the solutions. But neither candidate should pander to coal country with meaningless rhetoric. The era of coal is over, and politicians need to start calling it like it is. 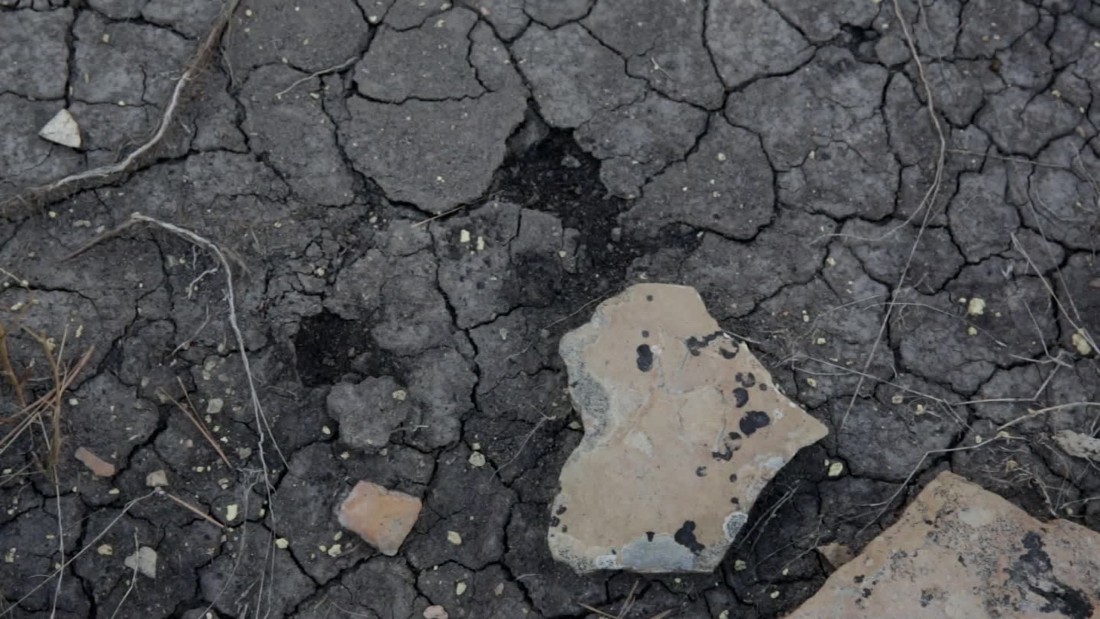 The town that stood up to coal

Economics are part of the picture. The natural gas boom is part of the reason coal companies are going down the tubes. But the bigger story — the one the candidates are less focused on — is about public heath and climate change.
Consider two sets of facts:
1. Coal does employ many thousands of people but the harm caused by burning coal affects billions. There were less than 75,000 coal miners in the United States in 2014, the most recent year numbers are available, according to the U.S. Energy Information Administration. Meanwhile, pollution from coal power plants caused an estimated 13,200 premature deaths in the United States in 2010, according to a 2010 report from the Clean Air Task Force, a nonprofit dedicated to improving air quality. The group attributed an additional 9,700 hospitalizations and more than 20,000 heart attacks to coal power that year alone. Globally, according to the World Health Organization, air pollution kills an estimated 3 million per year — and it could cause 6.6 million premature deaths per year by 2050.
2. Coal is a major driver of climate change. At least 175 countries, including the United States, recently signed the Paris Agreement on climate change. That international treaty aims to prevent catastrophic warming, which places an unfair burden on the world’s poor and unborn generations. In order to do that, the agreement says the world needs to be carbon neutral by the end of the century. That basically means no fossil fuels, especially coal. An article published in the journal Nature says 88% of the world’s coal reserves must be left in the ground if we’re going to meet international climate targets. For the United States the proportion is higher: 95%.
In other words: Continuing to burn coal is a moral outrage. World leaders recognize that. Yet Clinton and other American politicians continue to imply that we don’t need to phase out coal.
That’s simply not the case.
The “Break Free” campaigners get it, although they should do more to present alternatives. That movement of climate activists is aiming temporarily to shut down major mining projects around the world with a series of demonstrations from May 4 to 15. About 300 activists stood on and in front of coal mining equipment in Wales on Tuesday, for example, stopping the operation for a time, said Hoda Baraka, a spokesperson for 350.org, one group organizing the movement. Hundreds of kayakers on Sunday are planning to try to block a coal export terminal in Newcastle, Australia, she told me.
The climate demonstrations, which are organized by activists from 350.org as well as Greenpeace, Friends of the Earth International and others, likely will not make a literal dent in fossil fuel consumption.
But they may well help us rethink our relationship to coal.
If we’re serious about climate change, which we must be, we have to figure out a way to transition off fossil fuels rapidly. Wind, solar, nuclear and new technologies must continue to gain prominence.
Trump has continued to deny the realities of climate change. Clinton is speaking more forcefully on this issue, and does have plans to increase renewable energy use. Neither candidate is proposing what it will take — including a price on carbon, likely in the form of a carbon tax — to get this country completely off fossil fuels. Yet that’s what reality and the science demand.
“Whatever remains of coal oil and gas,” said Baraka, “needs to be kept in the ground.”
Hopefully Clinton and Trump will be among those listening.
Add John D. Sutter on Snapchat.
Follow his Facebook posts.
Subscribe to Sutter’s newsletter.