Move over Steffi Graf, you have company. Serena Williams equalled the great Germans open-era record of 22 grand slam singles titles after a hard-fought 7-5, 6-3 victory over Angelique Kerber for her seventh Wimbledon crown 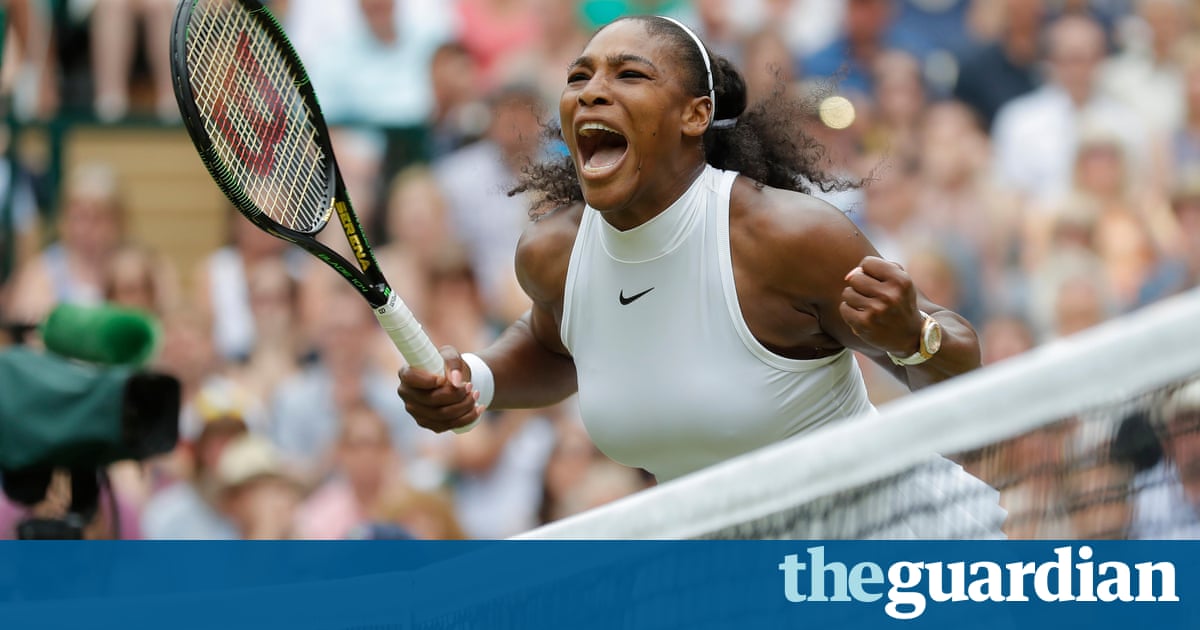 Serena Williams has won so many grand slam titles in what continues to be a glorious career she has forgotten more than she can remember. But her seventh Wimbledon title, achieved on Saturday thanks to a hardfought 7-5, 6-3 victory against Germanys Angelique Kerber, promises to linger for longer than most.

It was the Americans 22nd grand slam championship, putting her level with the open-era record held by the most famous German player of all, Steffi Graf. It is her ninth grand slam win since she turned 30 and, even with her 35th birthday just around the corner, Williams remains a remarkable force of nature that shows no sign of stopping.

Having gone close in each of the past three grand slams and having lost against Kerber in the Australian Open final in January, the world No1 edged a tight first set and then held on in the second to clinch an emotional victory and move within two of the all-time grand slam record of 24, held by the Australian Margaret Court.

Its been incredibly difficult not to think about it [the record], said a jubilant Williams, who was denied the calendar year grand slam last September by Roberta Vinci, of Italy, in the semifinals of the US Open.

I had a couple of tries this year, and lost to two great players, one of them Angelique, Williams said. What makes the victory even sweeter is knowing how hard I worked for it.

Number 22 was a long time in coming, relatively, as Williams was denied by Kerber in Australia and then again by Garbie Muguruza at the French Open last month. Williams admitted getting there has caused her some sleepless nights and more than a few stressful moments but, having reached it, perhaps the pressure will be off.

Her match with Kerber was a superb contest as the German, in her first Wimbledon final, refused to be overawed. Scrapping for each point and using her sprinter-like speed to run down everything, she forced Williams to hit an extra ball every time. The Americans defeats over the past year have hardened her resolve and she was not to be denied.

I knew that, going into this one, I just needed to keep calm, be confident, just play the tennis that Ive been playing for well over a decade, Williams said.

I felt a little more stress in the first set. After I won that first set, I got a little more calm. At one point I really took a deep breath [thinking]: If I can just play my game, I know I have a really good chance of winning this match.

The presence of Beyonc in Serenas player box merely added to the magnitude of the occasion and, right from the start, Kerber showed she was up for the fight.

Just as she did in Melbourne, she held her ground on the baseline and served smartly to keep Williams off balance. On a warmish, breezy afternoon, the German saved three break points in the second game to hold and received a massive cheer from the Centre Court crowd, which immediately realised it was in for a treat.