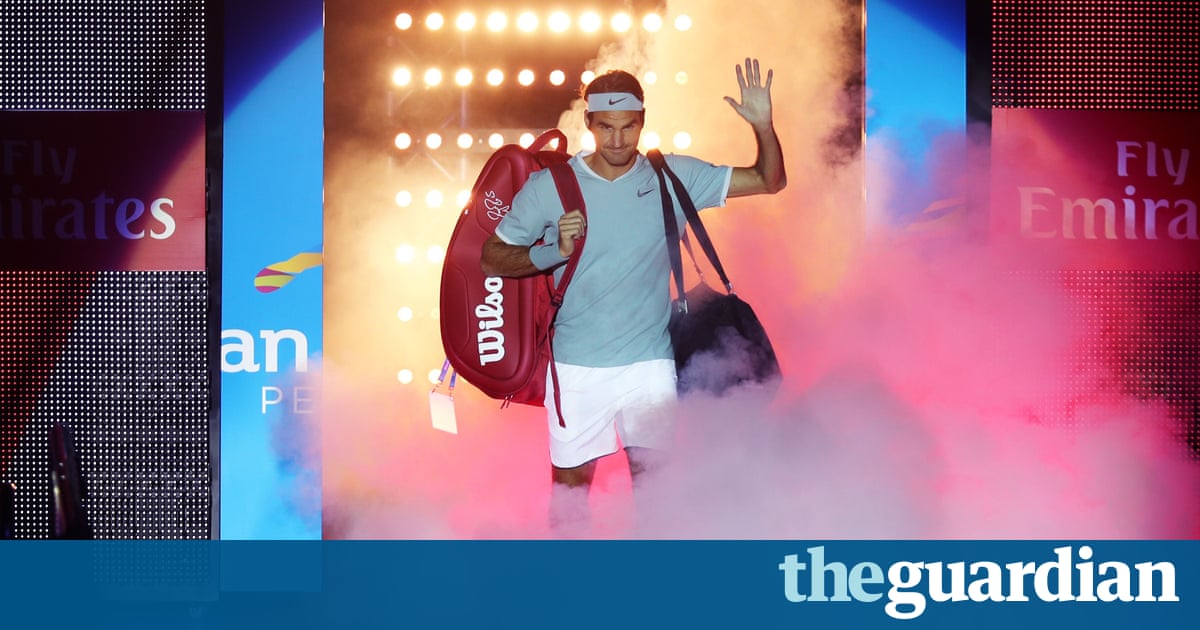 Roger Federer marked his long-awaited comeback from injury with a confident straight-sets victory over Dan Evans to help Switzerland defeat Great Britain in their Hopman Cup opener in Perth, Western Australia, on Monday.

The 35-year-old Federer, representing his nation in the mixed team event that he first won back in 2001, needed only an hour and three minutes to dispatch Evans 6-3, 6-4 in the Perth Arena.

Belinda Bencic then secured an unassailable 2-0 lead for the Swiss with a 7-5, 3-6, 6-2 victory over Heather Watson in the womens singles.

It was Federers performance that grabbed the attention though, with the 17-time grand slam winner showing little sign of rust despite missing six months of last seasons action with knee and back problems.

He opened the singles match with an ace before breaking Birminghams Evans in the sixth game of the first set.

The British No3 effectively handed Federer the match by dropping his serve in the second-set opener and half an hour later, the former world No1 had put the first point on the board for Switzerland.

Federer said: Id like to live it again. Im a little bit sad its over, because it was so nice out there. I was actually quite emotional. I thought for a first match it was great, because my expectations were obviously quite low.

Asked what keeps him going, Federer said: I guess it depends also on how you get [injured]. I got hurt filling up a bath for my children. Its not really the way I wanted to leave this game.

Federer has not won a grand slam title since Wimbledon in 2012. It would be nice to win another one, of course Id even take two, three, four, he said. Its tough at the top. A lot of good guys are there right now, a lot of young guys are coming up too. The gaps definitely not very big but I will give it a chance. Lets see what happens.

Andy Murray, meanwhile, is hoping to start the new year in winning style on Tuesday when he begins the season at the Qatar Open against Jrmy Chardy, the Scots first appearance at the Doha tournament since 2014.