The author used to tremble with excitement every week when the paperboy threw them on to the lawn and says they influenced his bestselling novels. Now hes creating comic strip stories of his own 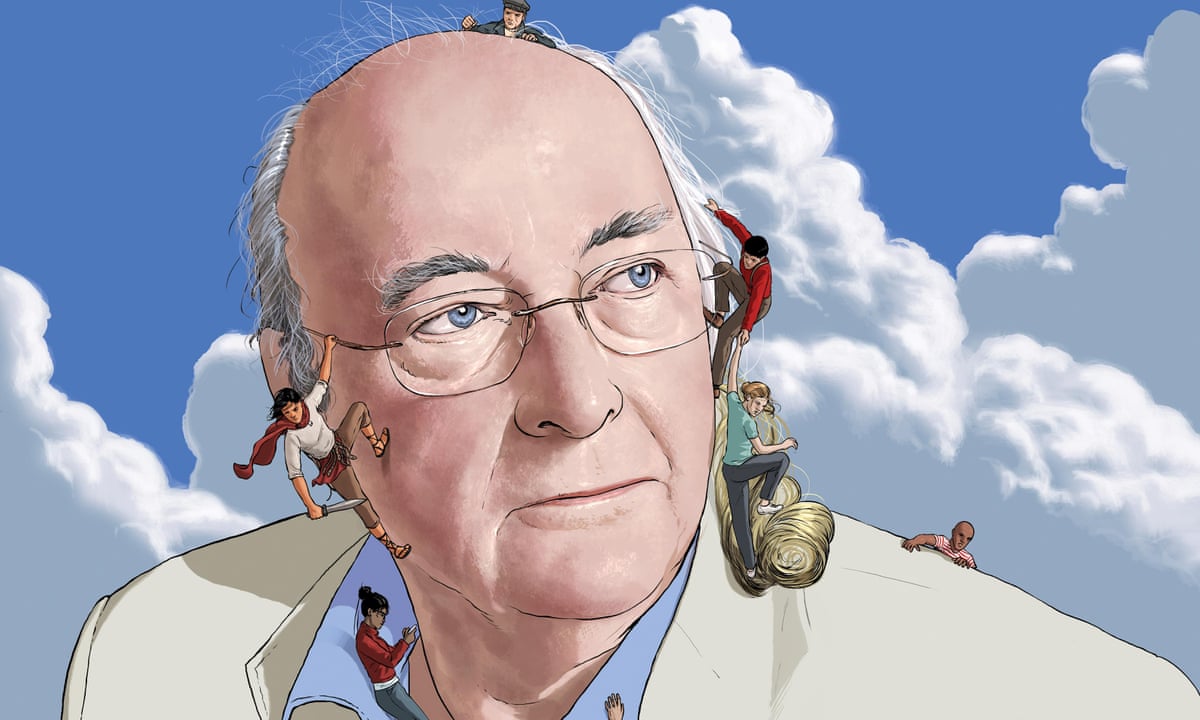 Philip Pullman was seduced by something lurid and American when he was nine. He was in Australia at the time. It was there that he first got his hands on Superman and Batman comics, suppressed in strait-laced 1950s United Kingdom. There had been a big scare about horror comics in Britain, he recalls. MPs had asked questions in the parliament and there were calls for censorship following the publication in 1954 of Seduction of the Innocent, a book by the psychiatrist Fredric Wertham, which argued that comics caused juvenile delinquency. American comics had an air of the horrible, the corrupt, the deadly evil about them so you didnt often see them in this country, says the novelist, now 69.

In Britain, little Philip read morally edifying comics, such as the Eagle. My parents tolerated me reading comics because they knew I was also reading proper books, too. So, did they frown on comics? Not all of them. Nobody frowned on the Eagle. It was edited by the Reverend Marcus Morris and was absolutely full of stuff about being a good chap and helping others. Boys of my age loved it because of Dan Dare [the stirringly British sci-fi space pilot]. Adults liked it because of the moral tone.

Pullmans life changed when, in 1954, his father, Alfred, an RAF pilot who had been part of Britains crushing of the Mau Mau rebellion in Kenya, was killed there in a plane crash. Later, Philips widowed mother, Audrey, took the family to Australia for nearly two years. I was lucky because I was able to read the American comics I couldnt get in this country. I used to tremble with excitement every week when the paperboy threw them on to the lawn.

What made him tremble? The storytelling was so swift, so energetic. I loved the fantastical situations, the world of Gotham City with the criminals and the guns, the bat symbol on the clouds all that stuff. It was thrilling. But, mainly, looking back, it was the swiftness and the ease with which you could follow the story.

Six decades on, the award-winning author says that what he learned about storytelling from those allegedly morally corrupting American comics proved key to his bestselling His Dark Materials trilogy and his later fiction. He learned from them fast cutting between scenes, fantastical milieux, spare dialogue, quickfire narrative momentum not to mention how to discombobulate readers by shifting times and introducing characters elliptically.

Those qualities are just the ones Pullman seeks to bring now to a comic story hes written called The Adventures of John Blake: The Mystery of the Ghost Ship. Its a high-seas adventure involving the crew of a time-travelling schooner, a device that seems to riff on the legend of the Flying Dutchman.

In 2008, he wrote a comic story featuring the same hero for the now defunct weekly British childrens anthology comic, DFC, set up by his publisher, David Fickling. He enjoyed the character and setting so much that he wrote another John Blake story as a film script. I could see a lot more stories there waiting to be told. I loved the idea of picking up members of the crew and losing them on the way. One of the members of the crew was a Roman engineer, but he turns out to be tremendous with diesel engines that sort of thing. Another is a Devonshire farm boy captured as a slave by Barbary pirates.

Illustrator Fred Fordham has now adapted that script, with some visual cues from Pullman (Theres a British spy in it, for example, and I suggested to Fred that he should look like Dominic West playing 007), for Ficklings successful successor to the DFC, called the Phoenix magazine. The Mystery of the Ghost Ship will be published in 30 weekly instalments in the magazine starting later this month, and next year as a graphic novel.

As we chat in Pullmans publishers offices in Oxford, we compare the first few pages of The Mystery of the Ghost Ship with classic British comic strips like Billy Bunter and Lord Snooty. The most obvious difference is how the speech bubbles of the latter are stuffed with text. In contrast, Pullmans John Blake story has frame after frame without words, letting the pictures tell the story. What dialogue there is is as terse and snappy as it would be in a comic instalment of a Batman serial. That 60-year-old exposure to corrupting US comics is still paying dividends.