Risk of dying increases among desk-based workers who sit for eight hours and do low amounts of exercise, new research finds 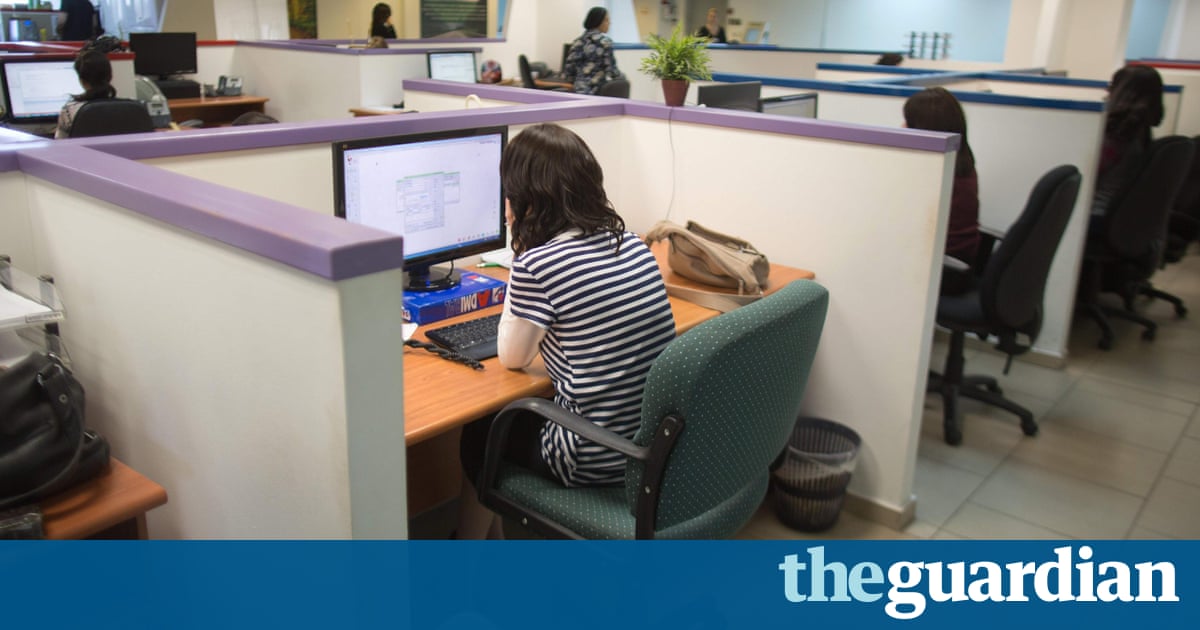 At least an hour of physical activity a day may be required to offset the harmful effects of sitting at a desk for eight hours, according to the latest study to highlight the perils of a sedentary lifestyle.

The World Health Organisation (WHO) guideline, adopted by Public Health England, recommends 150 minutes of exercise a week but research, based on data from more than one million people, suggests that is insufficient for many.

But they also found that the increased risk of death associated with sitting for eight hours a day was eliminated for people who did a minimum of one hour of physical activity a day.

Lead author Prof Ulf Ekelund, from the Norwegian School of Sports Sciences and Cambridge University, said: You dont need to do sport, you dont need to go to the gym. Its OK doing some brisk walking, maybe in the morning, during lunchtime, after dinner in the evening. You can split it up over the day, but you need to do at least one hour.

The paper, published in the Lancet on Wednesday, analysed data from 16 previous studies, mainly involving people aged over 45 from the USA, western Europe and Australia. The authors found that one hour of moderate intensity exercise, such as walking at 5.6 km/h or cycling for pleasure at 16 km/h, was enough to offset the ill effects of sitting for long periods.

Ekelund acknowledged that work pressures made taking lengthy breaks the legal minimum in the UK is one 20-minute break unrealistic for some.

Its not easy to do one hour of physical activity a day but … the average TV viewing time in adults in the UK today is 3hrs 6mins or something like that, more than three hours, he said. I dont know if its too much to ask that just a little bit of those three hours may be devoted to physical activity.

Ekelund also said a five-minute break at work every hour, even to go to the printer, would be beneficial and said it was in employers interests to facilitate culture change.

Another study, published in the Lancet on Wednesday as part of the same series, estimates that physical inactivity costs the global economy $67.5bn (51.5bn) per year the UK equivalent is 1.7bn comprising $58.8bn in healthcare and $13.7bn in lost productivity.

Independent experts who reviewed Ekelund and teams research said it was encouraging that it suggested sedentary time could be mitigated. Dr Erika Borkoles, senior lecturer in sports science at Bournemouth University, said: People who sit for longer hours should be concerned and could take the findings of this research as an opportunity to be proactive.

A WHO spokesman said: Recommendations related to sitting and sedentary behaviours are not available yet. However, WHO already recommends governments implement policy actions around making environments where people live and work more conducive to physical activity.

PHE said even 10-minute bursts of activity could be beneficial.

Ekelund and his team found that sitting watching TV for over three hours per day was also associated with an increased risk of death during the follow-up period, except among the most active.

The increased risk was slightly greater than that associated with total sitting time, possibly because TV watching may indicate a more unhealthy lifestyle in general, including being less likely to take exercise. People may also snack unhealthily while viewing.

Ariel Winter was one of the many stars to get in on the Coachella action this year.  The 18-year-old star was spotted coachillin’ with her boyfriend, Laurent Claude Gaudette, during the music festival’s second weekend. Winter soaked up the desert sun in…