Watching coverage of the murder of 49 people in an LGBT club in Orlando, Olivia Laing experienced familiar feelings of shame and paralysis. She reflects on growing up in a climate of intolerance and the many ways queer people have been silenced through history 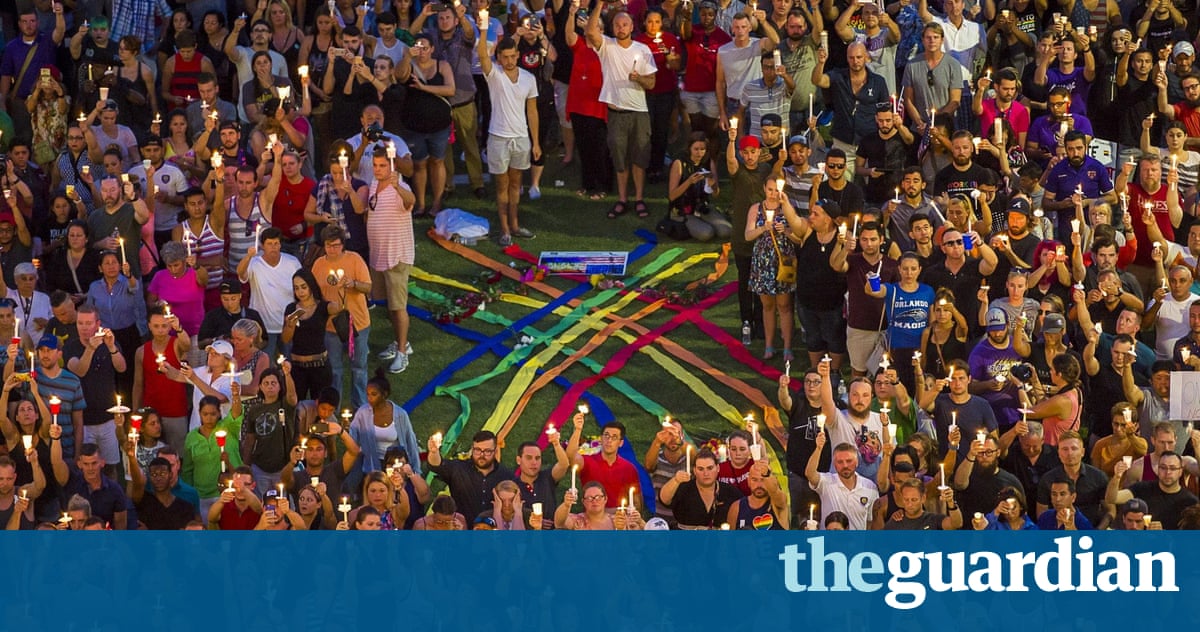 I woke up this morning to a video of Owen Jones repeatedly being told by two straight people that the murder of 49 queer people in a gay club in Orlando was not about homophobia.

There is a particular feeling that comes with erasure: a kind of paralysis, a kind of shame. Dont be silly: what youre seeing is not about you, what youre seeing is an attack on western freedoms clubbing! and not part and parcel of the everyday viciousness of homophobia, a climate of hate enacted in everything from casual comments on street corners and in school playgrounds to violence, to the systematic application of laws that erode LGBT rights, to the dozens of countries where being queer means prison or death.

Get back in the closet: thats the feeling. We cant see you, therefore you dont exist.

God, but I know it well. I grew up with a wonderful lesbian mother in the home counties, in the 1980s, under the malign rule of section 28, when teachers were not allowed to promote the acceptability of homosexuality as a pretended family relationship. We cant see your family, therefore your family does not exist. Eventually she was outed among the parents at our convent, and we ended up leaving the village and starting again hundreds of miles south.

The toxic atmosphere of those years. Stiffening against the casual insults, gaylord, lesssssssssbian. Hiding pictures of my mother and her partner, so school friends wouldnt find out. A compulsory class debate about whether gay people should be allowed to have children. I remember shaking my way through that, the choking sense of needing to speak and hide at the same time.

Im not complaining about my childhood. My sister and I were very loved, and in many ways Im grateful for having seen from the off how society works to exclude and stigmatise unwanted groups of people.

By the time I was a teenager I knew that both my gender and my sexuality were fluid, not fitting into the boxes they were supposed to. If anything I felt like a gay boy, a femme gay boy, quivering on the cusp between this and that.

Years later, living in New York, I finally found words for what this might mean. Trans, genderqueer: this beautiful, helpful emerging language for articulating the experience of not fitting within the binaries of man and woman, gay and straight. Or simply queer, that most inclusive and encompassing of words.

That winter I read Kate Bornstein and obsessively Googled top surgery, the only change to my body I wanted. That winter I went to see the trans performance artist Mx Justin Vivian Bond regularly, traipsing down to Joes Pub and sitting quaking at the front with a bottle of beer, often on the verge of tears. Each time I saw v (Bonds gender neutral pronoun of choice), I felt some of the armour of shame chip away. Mx Bond embodied the right to be other, different, self-defined, a radiant trans witch, making space for all of us. I think Im trans, I told my oldest friend at one of these nights. She cocked her head and said: You told me that when you were 17.

(CNN)Novak Djokovic crashed out of Wimbledon in dramatic fashion after going down in four sets to U.S. star Sam Querrey. The World No.1 and defending champion was beaten 6-7 1-6 6-3 6-7 in a pulsating rain-delayed clash on Court 1….