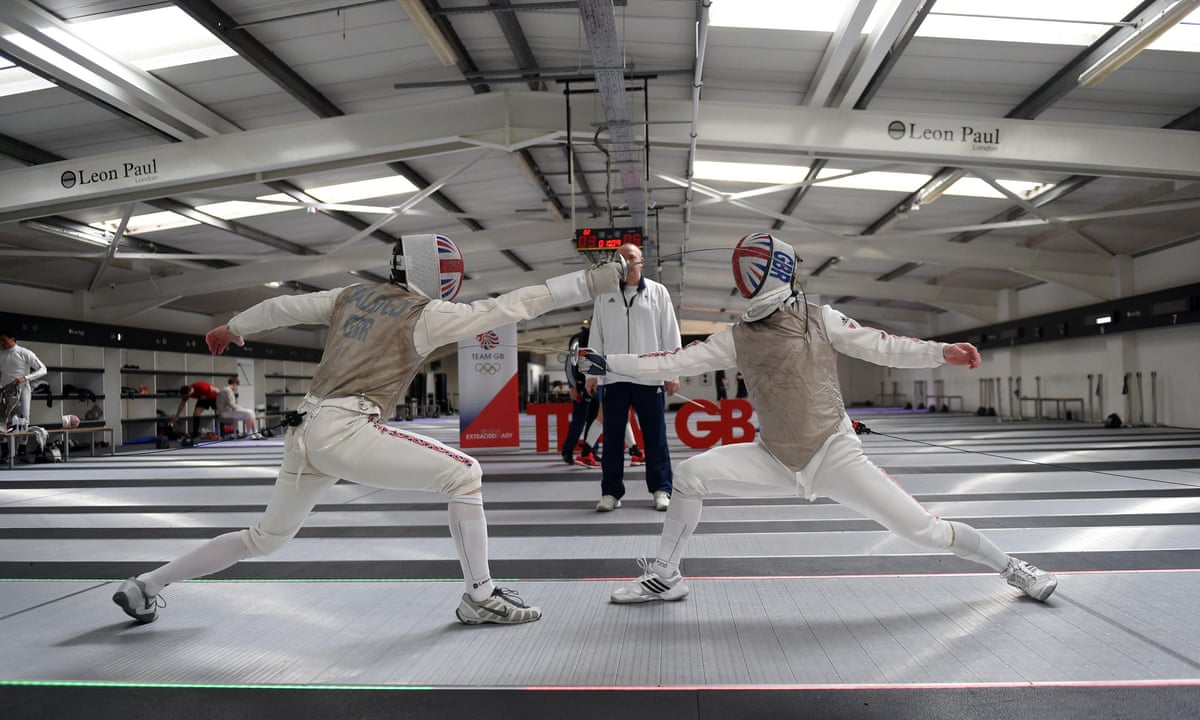 As a Team GB fencer in my hometown Games at London 2012 and part of the squad for Rio this summer, I have spent my whole life working towards the Olympics. But I feel torn looking at the protests in Brazil as I prepare for Rio.

It would be irresponsible not to take notice of the outcry in Rio around hosting the Olympics while the health and social wellbeing of everyday cariocas suffer. If I were Brazilian I would be on the streets too. As an athlete proud to represent my country at the Games, I have been forced to grapple with the fact that the Olympics come with negative side effects for the host nation. Silence in the face of such injustice could be wrongly interpreted as implicit approval.

Controversy has stalked the hosting of recent Games. Just look at the vast cost and subsequent abandonment of infrastructure in Athens, the harrowing human-rights problems in Beijing and the massive overshooting of the original budget in London at a time of economic depression. With five months to go until Rio, Brazil is struggling through the midst of a brutal recession to prepare for the worlds biggest sporting event. Im sure they will be a fantastic Games for most, but at what cost to the host community?

As an Olympic athlete I care deeply about the future of the Games. The current model of staging increasingly extravagant Olympics is unsustainable and cannot, in all good conscience, continue. There is much that can be done, but mainly I ask: Should we, as athletes, make a stand?

Historically athletes have not been lauded for airing sociopolitical opinions. Perhaps the most prominent case was that of Tommie Smith and John Carlos who were sent home from the 1968 Olympics and vilified for their act of defiance, the raising of black-gloved fists on the podium, in order to highlight inequality and racism around the world. Even Peter Norman, the third man on the podium that day was ostracised in his native Australia for showing solidarity by wearing an Olympic Project for Human Rights badge.

Many of you may already be mumbling: Oh, just shut up and play. I realise the general consensus is that no one cares to hear an athletes views on political issues. We can leave the controversial turf to politicians, journalists, and academics. But there is a growing current of understanding that the changes we need to implement in society, in order to avoid Orwellian levels of inequality and the destruction of our planet, require ever greater levels of individual responsibility. Naomi Klein describes in her latest book This Changes Everything that at times of extraordinary crisis (eg both world wars or the Great Depression) the line between activists and ordinary people blurred. The project of changing society was so deeply woven into the project of life. Activists were quite simply, everyone, she writes.

We are beginning to see this concept manifest around us. A vivid example was at the recent Oscars ceremony when Leonardo DiCaprio and his colleagues used the invaluable resource of a global platform from which to espouse their own personal convictions of which changes were most pressing. In the Olympic sphere, before the Sochi 2014 Winter Olympics a group of Olympians, led by the US skier Andy Newell, signed an open letter to world leaders rallying against climate change.

There are, however, obstacles hindering athletes from fully embracing responsibilities as role models. Aside from general public disdain for them straying beyond their customary remit, contracts often specifically restrict what an athlete can say and do in public. Considering the potential fallout from athletes going rogue it is not hard to see why it is often the easiest option for many clubs and national governing bodies to simply limit the scope of an athletes interaction with the public.

The common claim is that this also protects them from becoming the designated mouthpiece for a particular political issue which then distracts from their job at hand: winning medals.

However, a passionate interest outside of sport can be a powerful source of strength. Personally I have found that focusing on other areas of life has helped me realise that in some ways I am not affected by whether I win or lose the match in front of me. This gives me a solid, foundational confidence from which to elicit my best performance.

I can understand why there are contractual clauses to inhibit athletes from using the two weeks of the Olympics as a platform for their own political agenda. Games time is a rare opportunity for the world to come together to celebrate the spectacle of raw human performance, leaving politics at the door. Even assuming we all agree to keep those two weeks free of political grandstanding, there are still 206 weeks of the Olympiad in which athletes could have their say.

The Olympic Games is held in honour of the athletes and if there are justifiable concerns with the way the Games are hosted or organised, then it is the athletes first and foremost who should raise their concerns. This is our chosen field, and this is where our voices should have the greatest influence. Olympians talking about the Olympics is a no-brainer; they have a right to be heard. Surely so should the footballer who speaks out against corruption at the highest level in his sport? But what about the national sporting hero who wants to influence legislation on activity and health in this country, much like Jamie Oliver regarding the sugar tax? And then how about an Olympic snowboarder who speaks out against oil companies for the role they have in warming the planet thereby making it harder and harder for her to practice her sport?

My answer to these hypotheticals is yes, yes and sure, why not? Because as a society we need every voice we can to pitch in on the social and environmental issues that are threatening our future and we also need every stirring speech, bold gesture and inspirational figurehead from wherever we can find them.

It is time for athletes to embrace this new paradigm and start speaking up without fear of derision.

(CNN)What a difference a year makes for former Wimbledon finalist Eugenie Bouchard. Barely able to win a match 12 months ago, the 22-year-old Canadian upset Australian Open champion Angelique Kerber in the second round of the Rome Masters Wednesday with…