Nearly two-thirds favor nationwide bans on the sale of semi-automatic assault weapons such as the AR-15, according to recent poll 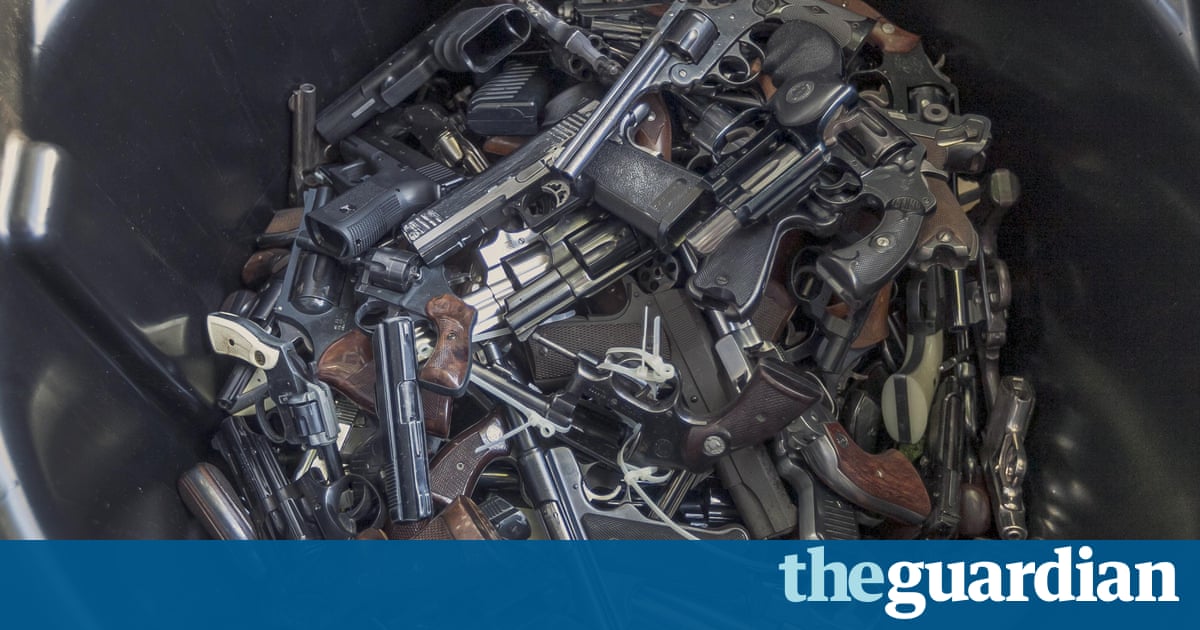 Americans favor tougher gun laws by margins that have grown wider after a number of mass shootings in recent months, but they also are pessimistic that change will happen any time soon, according to a new Associated Press-GfK poll.

Nearly two-thirds of respondents expressed support for stricter laws, with the majority favoring nationwide bans on the sale of semi-automatic assault weapons such as the AR-15 and on the sale of high-capacity magazines holding 10 or more bullets.

The percentage of Americans who want such laws is the highest since the AP-GfK poll started asking the question in 2013, about 10 months after the Sandy Hook Elementary School shooting in Newtown, Connecticut, in which 20 children and six adults were killed.

High-profile shootings also appear to have taken a toll on Americans sense of safety. Strong majorities of those polled expressed some degree of concern that they or a relative will be a victim of gun violence or a mass shooting.

If you live in the United States in these days right now, you have to be concerned, said Milonne Ambroise, a 63-year-old administrative assistant from Decatur, Georgia. You could be on the street somewhere. You could be at a shopping mall thinking there will be a mass shooting and you will be in the middle of it. You cant not think about it.

Ambroise, a native of Haiti who moved to the US nearly 50 years ago, said she was now much more alert and on guard whenever she is in public.

Im looking for exits. This isnt something I did before, she said. What if I have to run? Wheres the exit? Where would I go?

The level of concern about being victimized is not uniform, however. Non-whites are significantly more likely to be very or extremely concerned.

Alonzo Lassiter, 66, of suburban St Louis, worries that his autistic 17-year-old son could be the victim of gun violence, either by a robber or the police.

If somebody told him to get on the ground and put his hands up or told him to give up his headphones he wouldnt readily identify those instructions, said Lassiter, who is black. He may be an easy target.

He said straw purchasers who buy and then resell guns to ineligible felons and teenagers have flooded some urban neighborhoods with firearms and need to be stopped.

The poll was conducted from 7 to 11 July, shortly after a string of high-profile shootings. That included the Orlando nightclub massacre that left 49 dead and 53 wounded, and fatal police shootings of black men in Minnesota and Louisiana. Most interviews took place after the sniper attack that killed five officers in Dallas, but before the fatal shootings of three officers in Baton Rouge.

A majority of respondents expressed a desire for a national approach to gun laws, rather than a patchwork of state laws or local regulations, even though Congress has thus far failed to act on many of the initiatives the poll showed Americans support. Less than half of respondents said they believe gun laws will indeed get tougher in the coming year.

By a 55% to 43% margin, respondents said laws that limit gun ownership do not infringe on the constitutional right to bear arms. But the responses also revealed a partisan divide: 87% of Democrats support stricter gun laws compared with 41% of Republicans.

Americans find common ground on other issues. Strong majorities of Democrats and Republicans said they support requiring background checks for people buying firearms at gun shows and through other private sales. They also back a ban on gun sales to people on the federal terrorism watch list even if they have not been convicted of a crime.

Despite the support for tighter gun laws, majorities oppose banning handguns, imposing an Australia-style gun buyback program or making gun manufacturers or sellers liable if guns are later used in a crime.

Kimberly Huebner is an exception. The 43-year-old high school special education teacher from San Marcos, Texas, grew up in a household with guns and learned firearms safety. She also believes some restrictions should be imposed, including a ban on AR-style firearms and high-capacity magazines.

Her opinion has been shaped in part by recent mass shootings, she said. Huebner believes the second amendment gives Americans the right to protect themselves against the government, but not necessarily the right to possess any firearm they choose, especially when it comes to AR-platform long guns.

Those types of firearms, she said, just are not necessary. Nobody is using them to hunt deer.

Instead, she said, some people have a skewed view of the second amendment.

Like the Bible, they use it for their own arguments, she said. You can manipulate and twist arguments for your own benefits.

Image copyright EPA Australia would welcome the UK staying in the European Union, the country’s prime minister has said. Malcolm Turnbull said relations would be “very, very close” whatever the outcome of the referendum and it was “absolutely a decision…