Fifas Gianni Infantino has pushed through his 48-team World Cup but those complaining, mostly from Europe, must know that the modern tournament has always been about commerce and politics as much as football glory 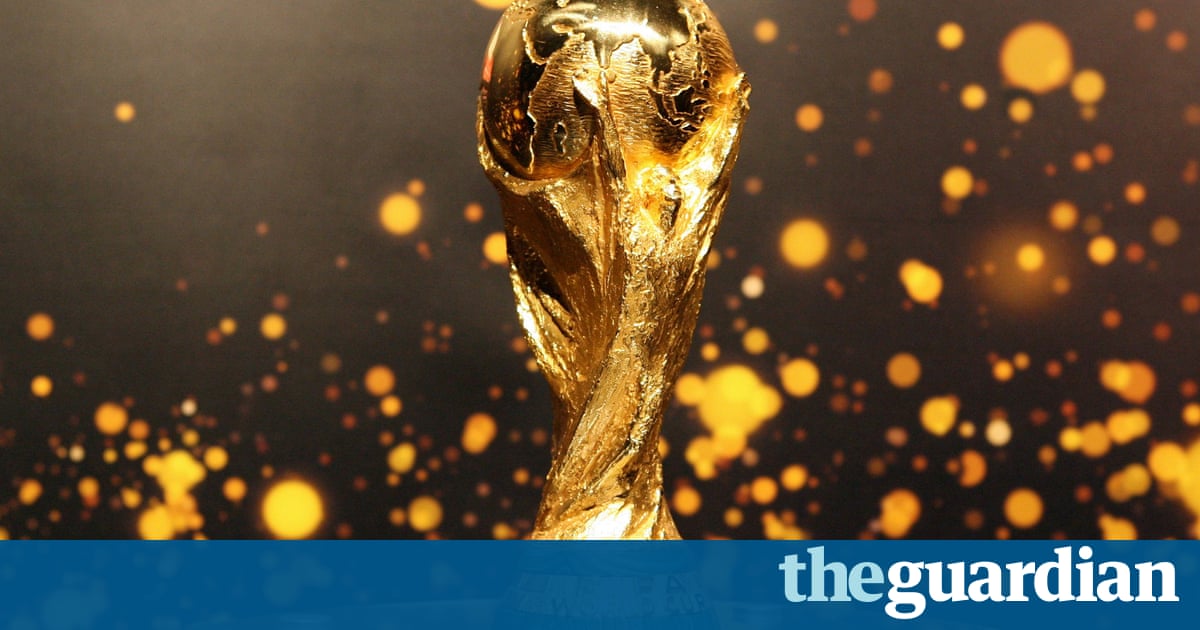 It is still less than a year since Gianni Infantino stood dazzled by destiny at the Fifa congress, tapping his heart in disbelief at really being the president, and already he has swept in the historic, bulky change of a 48-country World Cup. It comes as no surprise, really, that having made it his pitch for votes to expand the World Cup, as he stepped over the fallen careers of his banned former boss at Uefa, Michel Platini, and Fifas Sepp Blatter, Infantino has quickly steered through that promise.

With this crowding of 16 more countries into the flagship summer tournament, Europes favoured candidate, the promised clean-up successor to the disgraced Blatter era at Fifa, has done what the European football establishment largely opposes. For those who see this as World Cup excellence running to fat, piling one more layer of girth on the current 32-country competition, with a first round in which two countries out of three in 16 groups will qualify, the criticism is obvious.

Rooted as ever in the hall of mirrors which is Fifa electoral politics, Infantino will now involve more countries, which vote for the president, in footballs most prized spotlight. Fifas own projections are that spreading the participants further around the globe and embracing 16 more domestic markets will add almost $1bn to its takings, and $640m profit, from TV companies and the branding sponsors.

These dollar signs will have been clear in the eyes of all those in Fifas expanded 36-person council as they chewed solemnly over the issues before voting through this landmark football change. Infantino himself claimed his majority of votes from Fifas 209 voting countries last February after he changed the mood in the assembly by promising the delegates from the podium: The money of Fifa is your money. He pledged that every country would receive $5m a year for development from Fifa, has maintained in office that it will happen, and everybody in the room knew the money had to come from somewhere.

Hence the wearied observation that Infantino, a Swiss career football politician, has perpetuated the pork barrel tactics of his predecessors: Joo Havelange, who was elected in 1974 on a promise to widen the World Cup format, and Blatter, whose 17-year presidency from 1998 was maintained by ensuring development money flowed to the voting football associations.

Hence too, the outspoken objection of the European Club Association in advance of this change, with its chairman, Karl-Heinz Rummenigge, himself a former World Cup star, saying: We have to focus on the sport again. Politics and commerce should not be the exclusive priority in football.

But European football should take care not to deride this expansion too vehemently. For the ECA, which lobbies for the interests of the worlds very richest clubs, and Rummenigge, chairman of the fifth richest, Bayern Munich, which made 627m in 2015-16, criticising a decision for prioritising commerce is not a great look. At Fifa, the suspicion in football associations elsewhere around the world will be that European objections are themselves based on commerce, the imperative to maintain clubs endless TV and sponsorship colonisation, and protect their multinational rosters of players from too much football in the summer.

The World Cup has played its way into being footballs greatest, history-making spectacle, but the number of teams in it has always been a crucible of politics. For years after African countries gained their independence from colonial powers and sought to develop their football, resentment grew at the preservation of the tournament largely for European nations. Qualification for the World Cup of Englands triumph, our endless summer of 1966, was boycotted by African countries because only one place, out of the tournaments 16 was offered to their continent and Asias, which were supposed to play off for it.

Havelanges promise of expansion, fulfilled when the tournament increased to 24 in 1982, and to share more of Fifas money in development programmes, was responding to a groundswell of ambition and a hunger worldwide for more inclusion. It was expanded again in 1998 to 32 countries, motivated by the same pressures, electoral dynamics and financial promises, and to supporters captivated before that, this current format can still seem bloated, with too many stodgy, half-hearted group matches.

Expansion to 48, with the numbers from each global region yet to be decided Europe will still retain the most places continues the process and has been keenly embraced around the football world. Rummenigges party-pooping, echoed by the English FAs chief executive, Martin Glenn, who said he would prefer to keep the tournament smaller, contrasted with the glee of Amaju Pinnick, the president of the Nigerian FA, who said in advance that African football people were excited about it and: The more the merrier.

Glenn did temper his objections by acknowledging smaller countries desire to be part of the World Cup, and if the FAs emissary on Fifas council, David Gill, had been at the meeting rather than at a prior assignment in Australia, he is expected to have voted with all the others, for the change.

So footballs World Cup, already a $4bn globally-televised behemoth of football sponsored by Coca-Cola, Adidas and the other partners, crams in 16 more countries, and adds another round. In modern times, it has always been a product of commerce and politics, as well as glory, and this newly ascended president knows that to his bones.