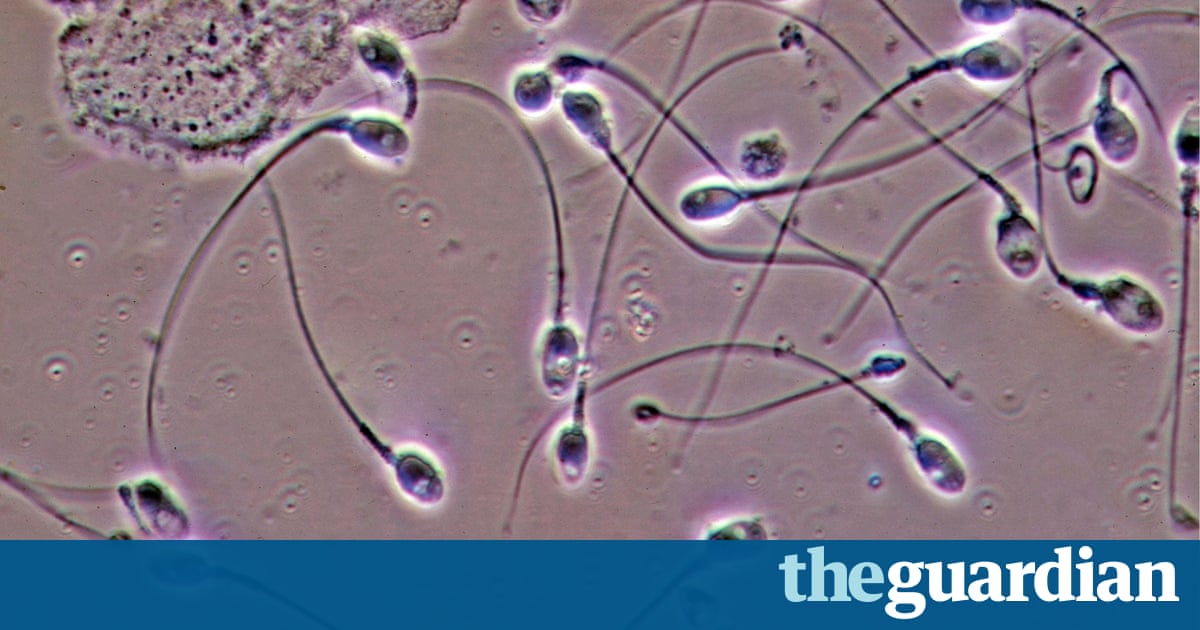 In the febrile world of health startups, entrepreneurs are racing to quantify every possible bodily and environmental function. And so if we can monitor air quality, sleep and heart rate, why wouldnt we monitor sperm quality as well?

In May, Americas Food and Drug Administration approved Trak, a new male fertility testing system. It looks like a cross between a frisbee, a clock and a Cuisinart blender. The Trak website announces that it is like a Fitbit for sperm.

Even in 2016, conversations about the biological clock tend to assume that fertility is an exclusively female concern. Women joke about dying eggs, but it is rare to hear a man joke about his dying sperm.

Yet a substantial body of clinical research shows that the ability for a couple to conceive correlates directly with sperm count, defined as the number of sperm that a male partners body produces. That number tends to correlate with other measures of sperm quality like morphology and motility how they are shaped and how effectively they swim forward.

There is also a substantial body of evidence that male sperm counts decline with age. Examples of famous men who became fathers as septuagenarians, including Pablo Picasso and Charlie Chaplin, have led mass audiences to imagine that men have no biological clock. But any doctor can tell you that this is not true.

In other words, men and women are known to experience fertility problems at exactly equal rates. But because of systemic sexism, women are far more likely to pay attention to their fertility indicators and seek treatment.

In general women are getting tested and evaluated much earlier than men, explains Greg Sommer, co-founder and CEO of Sandstone Diagnostics which makes the Trak device. He met his co-founder Ulrich Schaff at the Sandia National Laboratories in Albuquerque, New Mexico, and started exploring the possibility of making an app to track male fertility in 2012. At the time, he says, it was a wide open space, a wide open market opportunity. The fertility industry is exploding. But its all focused on women.

Deborah Lupton, a sociology professor at the University of Canberra, Australia, who specializes in digital health studies and pregnancy, says she knows of no other device that allows men to test their sperm count at home. She said she welcomes it, not least because it draws attention to what male partners can do to help conceive. So much emphasis is placed on womens bodies in the conception process, including a plethora of apps and fertility monitoring devices and software that are directed specifically at women. Its about time attention was turned to men and technologies developed to help them.

Trak works by depositing a few drops of a semen sample into a disposable, single-use cartridge called a Prop. The device spins the cartridge, using centrifugal force to isolate sperm cells. The instructions note: Seal before spin preferable to spraying a semen sample over nearby surfaces.

The Prop provides a reading, indicating whether the sperm concentration (a figure measured in millions per millimeter) is optimal, moderate or low. Finally, Trak sends this information to a smartphone app, which allows users to chart their sperm counts over time, keep track of how they correspond to other behaviors including sleep or stress, and to set and measure themselves against goals.

The FDA approval means that the device was found to be as accurate as the centrifuges used for the same purpose in laboratory testing. It also gives Sandstone the go-ahead to commercialize the product.

Trak devices start shipping in October 2016, priced at $159.99 and come with a complimentary copy of a male reproductive health guide called Dont Cook Your Balls. (Research has shown that sperm counts increase as much as 600% when a person who uses hot tubs regularly stops going in the hot tub.)

Given that sperm count correlates strongly with other overall health indicators, Sommers says he hopes the device will encourage young men to take better care of themselves in general.

Researchers have demonstrated that average sperm counts in adult men have dramatically decreased worldwide over the past 25 years. Hypotheses that the change has to do with diminished sleep, increased stress and time spent in cars and computers.

As a former young man, Sommers jokes, I know that young men do not live well. He confesses that earlier this year he used his Trak to conduct an experiment on himself. I was a little pudgy. I lost 15 pounds over a few months and my sperm count doubled.

Like many health tracking startups, Sandstone claims its product will help democratize care by removing the obstacles that prevent people from seeking it. A sperm analysis at the doctors office in the US will typically cost $140 to $150, but many fertility treatments are still not covered by health insurance. And then there are questions of inconvenience, shame and stigma.

Its a big barrier for couples to go from saying Were having trouble conceiving to saying Were going to a fertility doctor, Sommers observes.

Whether such devices become instruments for democratizing healthcare, or simply remain in the hands of early tech adopters who tend to be disproportionately white and well off remains to be seen.

And like all tracking devices, Trak also raises important unresolved questions about data privacy. Consumer health technologies are always sensitive, and all the more so when it comes to areas that a lot of people feel are very private, like fertility, says Karen Levy, a Cornell University professor who focuses on monitoring technologies.

There can be a psychological benefit to feeling like you have some control over a very vulnerable part of your life data can give us that feeling. But Levy points out that the emphasis on the gamification strategies that many apps adopt to engage and motivate users can have negative psychological consequences.

Scoring and quantifying aspects of sexual health has the potential to be empowering, by giving people data to act on … but it also has the tendency to make people feel responsible for the underlying number, even if their capability to change that number is somewhat limited.

Levy adds that the fact that fertility tracking devices are usually used by couples together introduces a whole range of complex questions quite different from a Fitbit or a Calorie Counter. They could have all kinds of interesting and unanticipated consequences for relationships for instance, producing a situation where one partner scrutinizes and tries to control the data of another.

Levy observes that Traks project of trying to apply this Quantified Self approach to tracking male fertility flips the gender script. It will be interesting to see how men respond to this. It might be the case that men are not used to providing sensitive data about their bodies in this context in the way that women have become accustomed to invasive data collection in which case they might resist using these systems.

But maybe theyll see at-home testing kits like Trak as preferable to providing a sperm sample at a testing clinic, and see this as a less privacy-invasive alternative.

Media captionOne of Richard Huckle’s victims told the BBC she wanted him in prison forever A British man is facing multiple life sentences for numerous sex crimes against Malaysian children which he boasted about on the “dark web”. Richard Huckle,…

(CNN)England’s revitalized rugby union team stunned the Australian Wallabies Saturday with a 23-7 victory in Melbourne to seal a historic first series win in the southern hemisphere. It followed a 39-28 win in the first Test in Brisbane last weekend…