Writer Rich Cohens focus on stars looks and Australia sparks outrage and then snark as its just another day, another profile written by a crusty old man 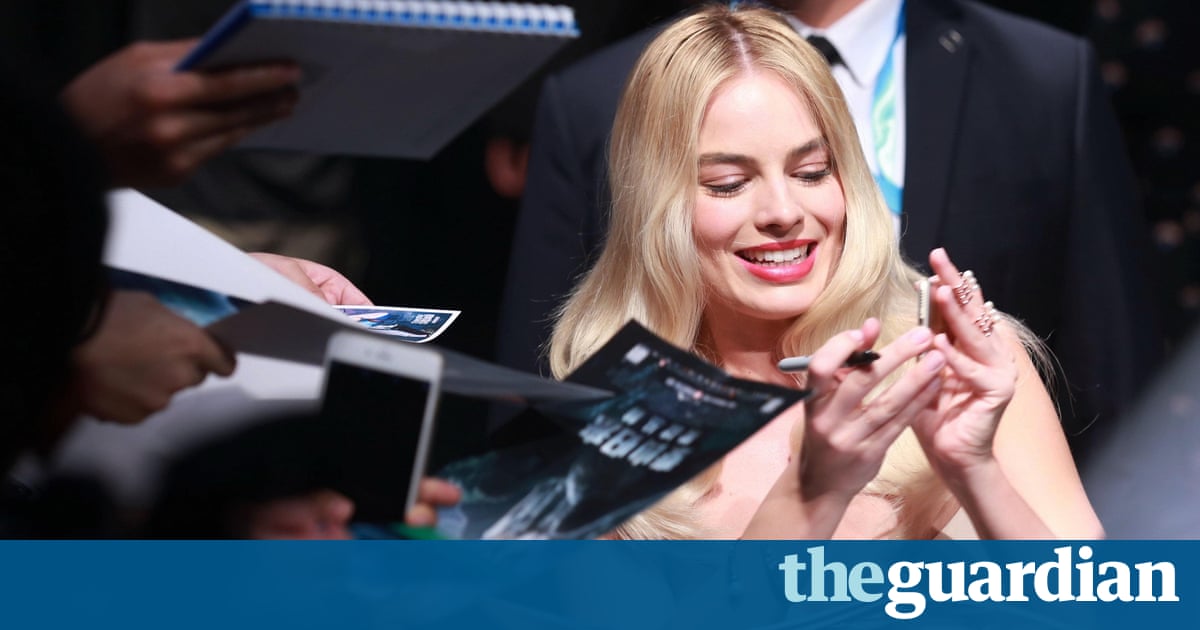 Australia is a slow, backward land of dingos and kangaroos at the bottom of the world where actors view America the way the Martians view Earth at the beginning of The War of the Worlds, according to Vanity Fair in a new profile of Margot Robbie that has been mocked and parodied across the country.

In the US magazines August cover profile of the Wolf of Wall Street and Legend of Tarzan star, The Summer of Margot Robbie by Rich Cohen, Australia is described as being like America 50 years ago: sunny and slow, a throwback, which is why you go there for throwback people. They still live and die with the plot turns of soap operas in Melbourne and Perth, still dwell in a single mass market in Adelaide and Sydney.

In the morning, they watch Australias Today show. In other words, its just like America, only different. When everyone here is awake, everyone there is asleep, which makes it a perfect perch from which to study our customs, habits, accents.

Robbie, he writes, grew up in Gold Coast, a city on Australias Pacific shore, 500 miles north of Sydney … Now and then, she stayed with cousins who lived in the hinterland of the hinterland, where there really were kangaroos and a dingo really will eat your baby.

Aussies did not waste much time taking the mickey, with News.com.au declaring it had fixed the article by rewriting it as a piece entitled The Winter of Donald Trump: When everyone here is awake, everyone there is asleep, which makes it a perfect perch for Americans to envy our multiculturalism, pine for our perfect climate and ogle our actresses, it wrote.

As that dig suggests, the profile was also criticised for the lascivious way in which Cohen described Robbie. She is 26 and beautiful, not in that otherworldly, catwalk way but in a minor knock-around key, a blue mood, a slow dance … She can be sexy and composed even while naked but only in character, the writer notes.

With that in mind, in the Age, satirist Ben Pobjie reimagined the piece as a profile of Cohen, calling the writer handsome in an earthy, soily, mushroomy kind of way, the sort of home-style, soul-food, eyes-too-wide-apart handsome that Hollywood forgot the day that Gary Cooper pulled up his bootlaces and adding: Cohen is from Lake Forest, Illinois, a somnambulistic little town that is both full of trees and entirely underwater, where men live their lives according to the rhythms of the local peanut factory and women sit on their porches sobbing over the last unexpected leukaemia diagnosis on The Vampire Diaries.

In Cohens Vanity Fair piece, Robbie says she does not talk much about her upbringing in the Gold Coast as she does not like perpetuating Australian stereotypes.

When she talks about it, you see the arid country, the horizon on every side, blue sky, yellow fields, Cohen writes. The Gold Coast has a subtropical climate with beaches on one side of the city and rainforest on the other.

People always want to know, Did you have kangaroos outside your bedroom window? Im like, Yes, but none of my other friends did. Or Did you have snakes running around? And again, Yes, in our house, but this isnt an Australian thing, Robbie is quoted as saying in the piece.

Cohen talks at great length about the actors looks, repeatedly discussing whether she is like Audrey Hepburn, to whom the The Legend of Tarzan producer Jerry Weintraub compared her.

She is blonde but dark at the roots. She is tall but only with the help of certain shoes, he writes.

As I said, she is from Australia. To understand her, you should think about what that means.

Robbie has previously spoken about how uncomfortable she is at being written about as a sex symbol. Ive been very fortunate, she said at a press conference this year. Ive got a really good team around me. I havent been exploited, I dont feel.

Im more concerned with being labelled as a sex symbol. That makes me feel more uncomfortable than any day-to-day interactions I have.

Another day, another profile written by a crusty old man describing the physical attributes of a young actress as if she was an intricately decorated end table that they found at Sothebys, or a piece of steak they were looking forward to devouring after a five oclock scotch, wrote journalist Sinead Stubbins in an op-ed published on Junkee.

The US feminist and writer Roxane Gay said Cohen had a hard-on for Robbie.

We dont need to cry for them but can you IMAGINE how many gross men hot movie stars have to endure? Goddamn, she tweeted.