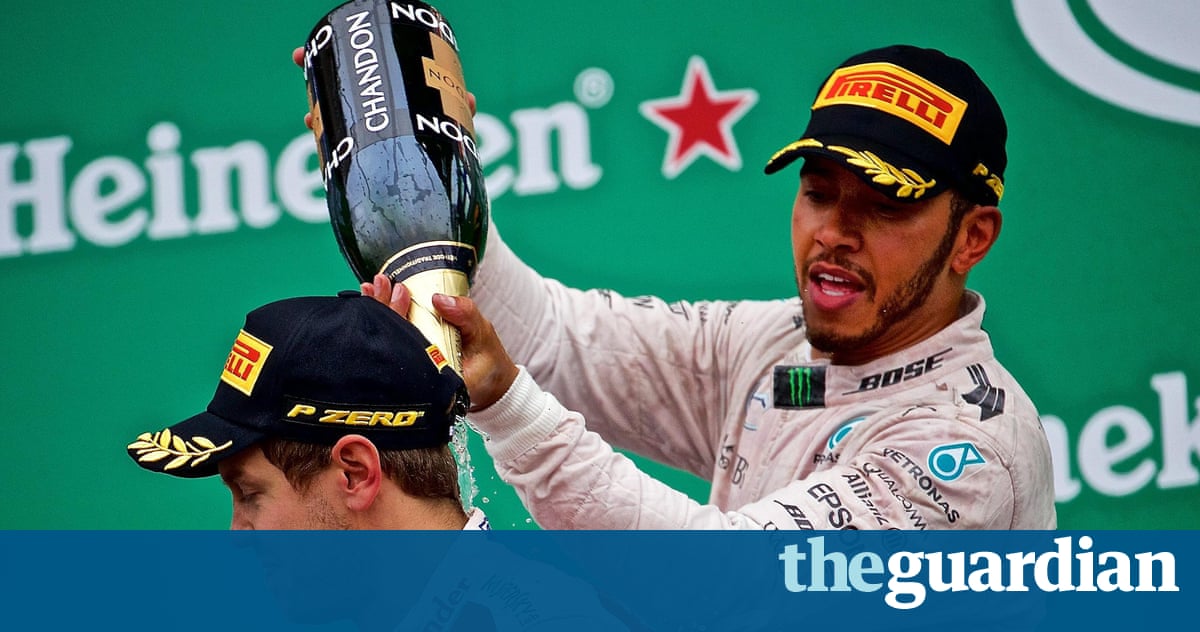 Lewis Hamilton dedicating his win to Muhammad Ali was certainly a heartfelt tribute after he took his fifth victory at the Canadian Grand Prix on Sunday. But there was greater resonance for the season as a whole as his performance here has brought to the Formula One world championship all the hallmarks of the champ climbing into the ring and positively demanding his opponent step up to the fight.

After all the nonsense conspiracy theories that Mercedes were somehow trying to scupper Hamiltons bid for the title, how quickly things have changed. A superb run to a win here at the Circuit Gilles Villeneuve in a tense but ultimately perfectly judged race by both the driver and his team, makes it two victories on the bounce and, having been 43 points in arrears two races ago, Hamilton now trails his team-mate, Nico Rosberg, by only nine, a 34-point swing. It has almost reduced the opening races to mere sparring and now as the pair touch gloves almost at parity, their clash at a highly contested first corner in Canada is only likely to increase the needle.

Float like a butterfly sting like a bee. That one was for Muhammad, that one was for Ali, said a jubilant Hamilton, celebrating his 45th career win on team radio, adding afterwards: I never really dedicate wins to anyone but someone who really inspired me so much throughout my life is Muhammad Ali, and obviously he passed away just recently, so Id love to be able to dedicate this to him and his family.

Yet his start could not have been further from the champ at his elegant best. Hamilton had yet another poor departure to add to the two he opened the season with at Australia and Bahrain and was overtaken by Ferraris Sebastian Vettel who had burst past up the inside into turn one. The British driver, suffering from understeer and with the tyres yet to come up to temperature, was holding his line through the corner when he banged wheels with Rosberg who was attempting to go round the outside, forcing him wide and off and ultimately costing him places in the race. It was reminiscent of the US Grand Prix last year where Hamilton again gave his team-mate no quarter at the opening corner.

Sebastian had a great start, I had a decent one and Lewis had a really bad one, Rosberg said. In Barcelona I went round the outside of Lewis and it worked out really well, I went for the same one again today and he did a really hard racing manoeuvre.

We touched and I was off and thats it. It didnt work out, I was very pissed off in that moment but thats racing in the end and its my job to make sure Im in front after a battle like that next time.

The incident could have been much worse and a repeat of Spains clash where the two took one another out would have incurred the intense displeasure of their team. Rosberg made an impressive recovery drive to claim fifth place but will be perturbed at where his lead has gone, possibly his confidence and at the fact that his chief rival for the title is back to his uncompromising best and eager for more.

Vettels early lead was ultimately not enough to secure the win when his team opted for a two-stop strategy, gambling that Hamiltons one-stop would leave him vulnerable at the end. It was not to be the case, the circuit had rubbered-in over the weekend and the world champion kept just enough between himself and Vettel, while maintaining his grip an example of the race craft for which he deserves greater recognition.

Ferrari, who had brought a new turbo to this race, had expected a step forward in Canada and, having closed the gap to just under two-tenths of a second in qualifying, proved that in race pace their upgrade had put them almost on a par with Mercedes. The Scuderia will be hugely buoyed by the performance improvement on this high-speed circuit but will also again be looking ruefully at their strategy choice, as they had after Australia, although Vettel was keen to emphasise the positives.

The degradation wasnt maybe as high as we expected, he said. Thats maybe where we lost the race. But I want to make one thing clear: Im not a big fan of blaming anyone or anything. I think it was a great weekend for Ferrari. He added that he thought: Strategy-wise we have a very, very strong team.

Williams commitment to a design philosophy of maximising their car for high-speed circuits paid off with their first podium place this season as Valtteri Bottas took third but it remains Mercedes who have the complete package. Ferraris step forward will be welcomed by all who want a proper battle at the front but, while their strategy precluded a climactic finish, Hamilton found the perfect impetus to focus everyones attention on the fight for the title.