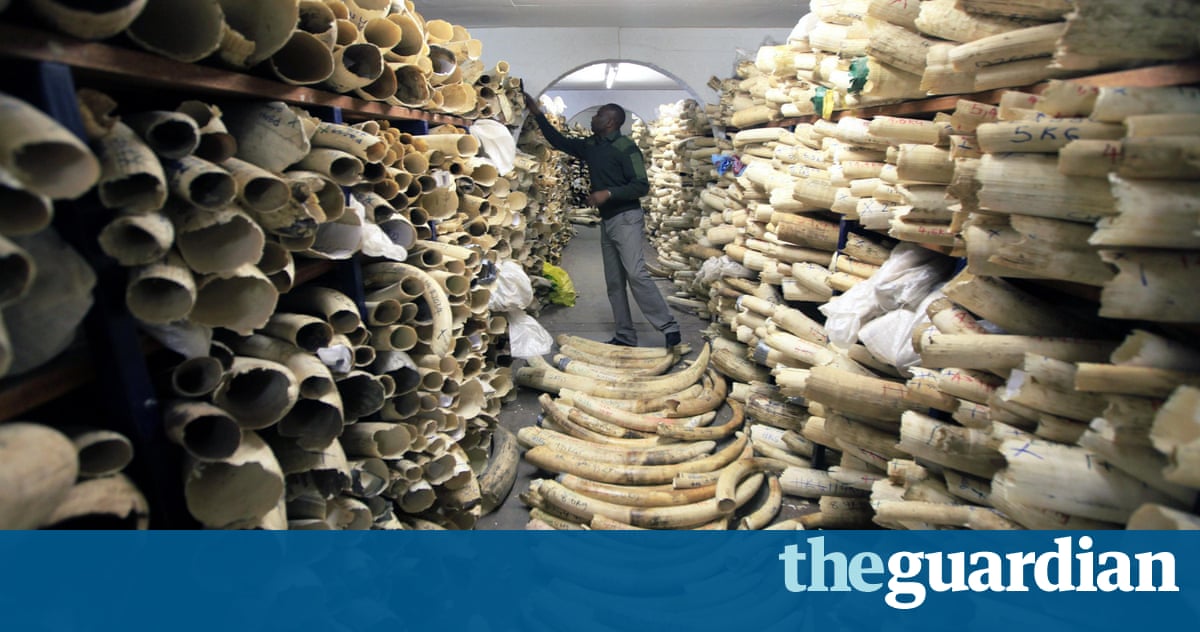 A huge legal sale of ivory intended to cut elephant poaching instead catastrophically backfired by dramatically increasing elephant deaths, according to new research.

The revelation comes just months before a decision on whether to permit another legal sale and against a backdrop of more African elephants being killed for ivory than are being born. In 2015 alone, 20,000 elephants were illegally killed.

The international trade in ivory was banned in 1989 but, in 2008, China and Japan were allowed to pay $15m for 107 tonnes of ivory stockpiled from elephants that died naturally in four African nations. The intention was to flood the market, crash prices and make poaching less profitable.

But instead, the legal sale was followed by an abrupt, significant, permanent, robust and geographically widespread increase in elephant poaching, concluded researchers Prof Solomon Hsiang at the University of California Berkeley and Nitin Sekar at Princeton University, whose work was published on Monday.

We now have pretty striking evidence that these sales can be catastrophic. It backfired in a very bad way, Hsiang told the Guardian. I used to be a big proponent of legalisation in general to reduce the adverse effects of black markets. But through doing this work I have realised you have to be much more cautious. My own views have changed dramatically.

The trade in threatened animals is governed by the Convention on International Trade in Endangered Species (Cites), a treaty agreed by 181 nations and the European Union. Its next summit in September will vote on a proposal from Zimbabwe and Namibia for another legal sale.

Prof Christopher Alden, at the London School of Economics, who is not involved on the new analysis, said: The linkage [of the 2008 sale] with the surge in poaching is a sound one based on rigorous scholarly research.

The likelihood that the proposal from Zimbabwe and Namibia will produce a similar effect is therefore a very strong one, Prof Alden said. The specious arguments being made by proponents of once-off sales are, I am afraid, ill-disguised and self-serving.

He said it was true that the elephant poaching crisis in east Africa has yet to hit southern Africa as hard, but that it was very likely to do so if a new sale was allowed: [The proposal] is deeply disingenuous and one which flies in the face of the contemporary moves by China and the US to shut down the market for ivory.

The new analysis was possible because poachers do not hide or destroy the carcasses of the elephants they poach. Its not worth the trouble, said Hsiang. So theyve basically left us a complete and visible record of their activity.

The 2008 ivory sale also corresponded with a 70% rise in the seizures of illegal ivory. The surges in poaching and seizures occurred right across Africa and the researchers checked for other factors that might have been involved, such as an increase in Chinese workers in Africa or rising affluence in China or Japan.

We looked for alternative explanations in the data, but the best evidence still indicates that the legal sale exacerbated the destruction of elephant populations across Africa, Sekar said.

Hsiang does not blame Cites for the backfiring of the sale, which was approved by a unanimous vote of its member states: Before the sale, many economists has said it was the right thing to do. We think Cites were doing the best they could. Our work is intended to support future policy.

A spokesman for Cites said: The secretariat does not argue for or against the one-off sales. These decisions were taken by Cites [countries] in the context of the conditions that prevailed at the time. The secretariat welcomes this ongoing research and analysis and will continue to closely monitor all relevant findings.

He noted that Cites monitoring of elephant poaching had not in the past seen a direct correlation between legal sales and increased demand in Asia. Hsiang said this might be because the data is smoothed to give long-term trends.

The Cites spokesman also noted that there had never been a one-off sale of rhino horn: However, the spike in the number of rhinos poached for horn largely mirrors what has been seen with ivory. The illegal killing of rhino for its horn in South Africa alone increased from 13 in 2007 to close to 1,200 last year.

An alternative to selling off stockpiles of ivory is to burn them, but this has also now come under scrutiny. On 30 April, Kenya burned 105 tonnes of ivory, making a total of 263 tonnes destroyed by 21 countries since 1989, mostly in the last five years.

But Duan Biggs, at the University of Queensland in Australia and writing in the journal Nature last week, said: There is no published evidence so far that these events reduce poaching. Destroying ivory stockpiles risks a perverse outcome: ivory becomes rarer, fetching higher prices and increasing poaching and illegal stockpiling.

It is therefore crucial to track the effects of Kenyas largest-ever ivory burn. Time is short and the stakes are high, he said.

Hsiang said: In policy, when we see things that are terrible, its natural to want to do something. But its important to remember that our actions might make them even worse.

Simple intuition is powerful and can sometimes get us really far in policy, but when incomplete it can also lead us into traps, he said. I am a complete advocate of looking into the data and determining whether these sorts of policies work. We need to carefully evaluate the effect and then be very open minded about the results.