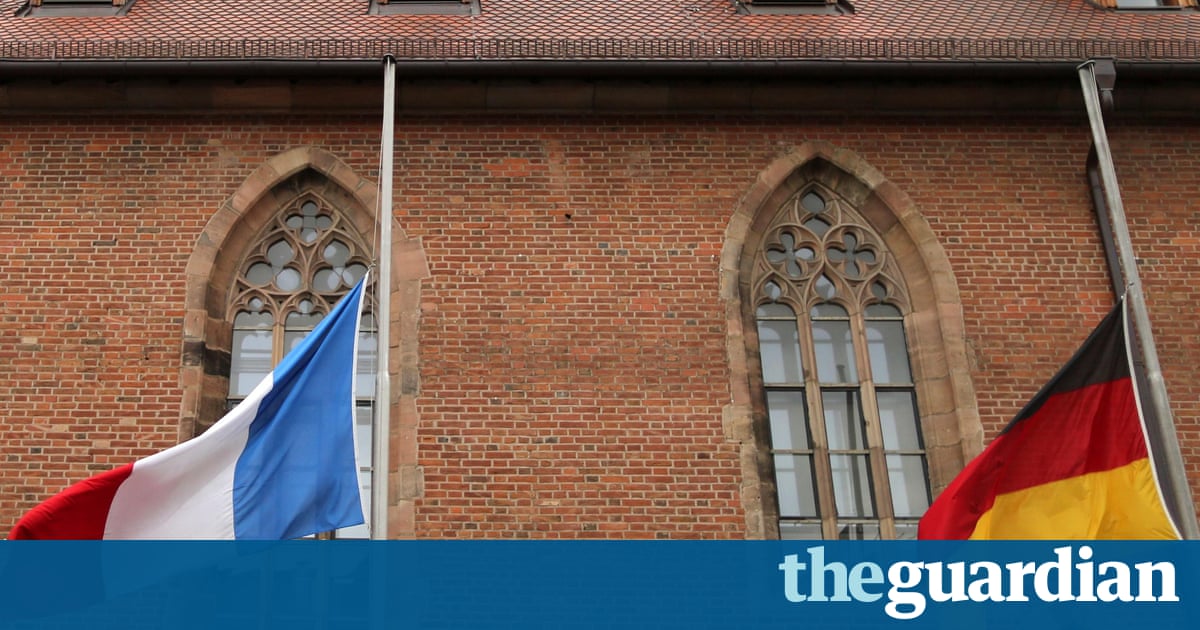 As its caliphate has crumbled, Islamic State has intensified efforts to export the chaos it used to confine to within its borders.

The response stems partly from the terror groups anger that it can no longer hold the territory it seized two years ago. However, even before it lost ground, Isis had begun trying to ignite terror in Europe a continent that its strategists long ago flagged as the next battlefield in its nihilistic war.

Within the groups upper echelons is a clique that has studied the ways of its enemies, particularly those in western Europe, the US and Australia. The group comprises senior leaders, advised and influenced by foreign ideologues who have joined them from places such as France, Britain and Belgium.

More than 40 are thought to have travelled from Nice, the scene of last weeks atrocity the third mass-casualty attack in France in 18 months. The attack was claimed on Saturday by Isis. And, though doubts remained over whether the claim was expedient or sincere, it had hallmarks of the earlier strikes, both of which were directed by the group. At face value, so did a subsequent attack on Monday night on a train in Germany, also claimed by Isis.

A handpainted Isis flag was found in the home of an Afghan refugee, who is accused of attacking passengers with an axe before he was shot dead. Neither he nor the Nice attacker was on the radar of national security agencies.

French prosecutors believe that the Nice attacker went through a rapid radicalisation process, a short time before launching the attack. Lone wolf attacks have been repeatedly urged by Isis, which has offered virtual support and instruction over web forums and also has members in place in Europe to provide direct mentoring to would-be jihadis.

Isis leaders and their underlings have devised ways to try to weaken western societies from within. Their plans have involved a variation on traditional forms of terror, such as attacking soft civilian targets to shock and cripple confidence. They have tried to add extra elements that they believe might inflame societies even further including targeting national days, such as Bastille Day, or cultural landmarks, such as the Stade de France.

Beyond that, though, is a new weapon of expedience: some in the senior leadership are acutely aware of combustible geopolitical tensions in Europe which their deeds have helped spark and revel in how the repercussions could serve their interests.

In the aftermath of Brexit, unitary borders, trading blocs, economic alliances and political discourse are all up for grabs in Europe, which now appears more at odds with itself than at any time since the end of the second world war.

They are trying to understand where to poke them, said one senior member of the group. They dont know everything about how Europe is run, but they are getting help from the foreigners. They knew that England was going to leave the EU and they were happy about it. These things, the politics and the attacks themselves, are the responsibility of an Iraqi leader, and [Abu Muhammad al-] Adnani.

Adaptability had not been seen as a strong suit of Isis, which has so far prosecuted its war on civilisation with inflexible zeal. However, as airstrikes and counterattacks have retaken the lands they had conquered, the group has shown it can respond to changing circumstances. One example of this is mass immigration to Europe, with several million people fleeing Iraq and Syria. The exodus was at first condemned by Isis, which wanted to impose its will over people as much as hang on to geography. In the past 10 months, though, the migrant route has been used to smuggle some members back to their homelands, to prepare for instructions.

They were not happy about the refugees [fleeing to Europe] when it happened, said the Isis member. But now they understand how this will work for them because there is such anti-immigration sentiment there. To them it is anti-Muslim. That is what they are telling people.

Adnani is the leader of Isis in Syria and is responsible for the groups media. He has publicly advocated self-starter attacks in Europe and was part of the leadership team that directed the mass suicide bombing and shooting in Paris last November.

Working under Adnani is a Frenchman, who is thought to be originally from Toulouse and to have run fitness centres in several areas of France. Adnani has offered an open licence for anyone to commit an attack in Europe in the name of Isis and, in one of his first speeches two years ago, offered advice on how to go about it.

Smash his head with a rock, or slaughter him with a knife, he suggested. Or run him over with your car, or throw him down from a high place, or choke him, or poison him.

Adnanis formula of boundless savagery has been adhered to by at least a dozen followers in France and Belgium. Intelligence agencies believe others are waiting in place. Isis is known to be making concerted efforts to smuggle chemicals to Europe for use in attacks, but is believed to have failed to find a way to transport the highly combustible and volatile precursors needed to make them.

Theres always talk about that, the Isis member said. But it is a wish list.

Tracking down the birds owner didnt seem like a daunting a task, but it turns out there were several emu-related incidents around the California wildfire The emu is caught mid-stride, beak agape and eyes agog. Under a smoke-darkened sky, it…