With rates of human papilloma virus on the rise, it is vital to immunise males as well as females, researchers believe 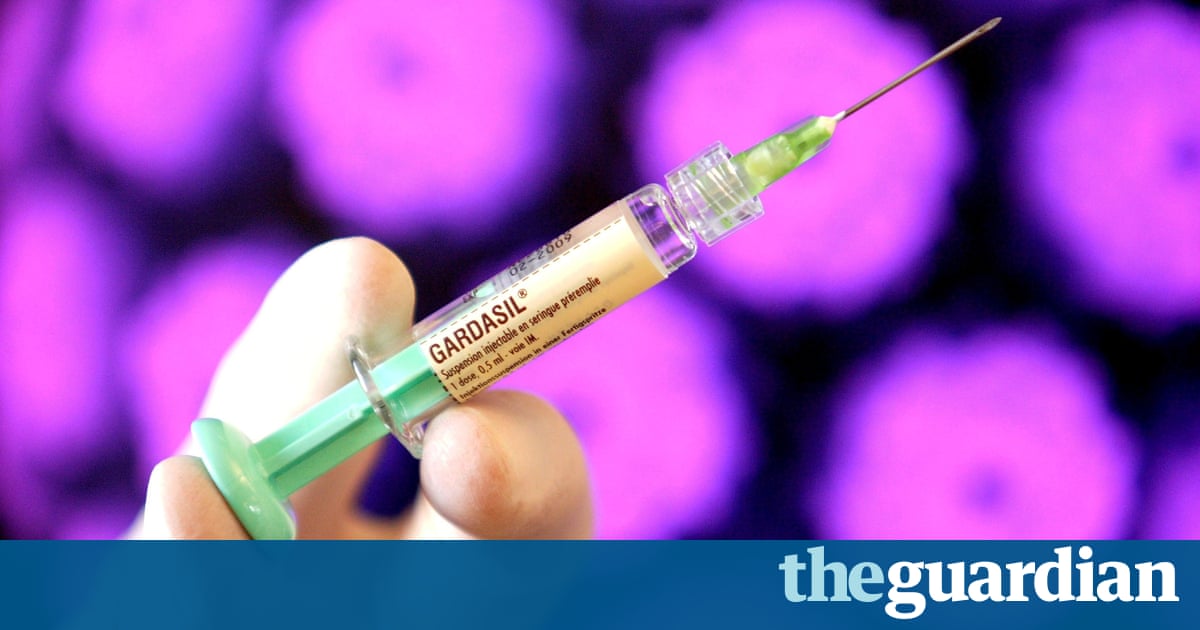 Millions of young British men are being denied a vaccine that could protect them from throat cancers in later life. Scientists say the problem is becoming increasingly worrying as rates of human papilloma virus (HPV) a common sexually transmitted infection and the prime cause of these cancers are now rising exponentially.

Researchers want the government to include adolescent boys in the current vaccine programme that immunises girls aged 12 and 13 against HPV before they become sexually active. HPV in women is known to lead to cervical cancers. The vaccine, if extended to boys, would protect them in later life against HPV-related head and neck cancers.

If we want to eradicate male throat cancers which are soaring in numbers we need to act speedily and that means giving them the HPV vaccine we now give to girls, said Professor Mark Lawler of Queens University Belfast.

Health experts say increased levels of oral sex are in part responsible for the spread of HPV. Smoking and alcohol add to risks, but the fact that couples are having more and more oral sex is the main factor, said Peter Baker, campaign director of HPV Action.

A vaccine to block HPV infections was developed a decade ago and from 2008 formed the basis of a programme to inoculate UK schoolgirls to protect them from cervical cancer later in life.

At present more than 3,000 women develop cervical cancer a year in the UK. Most other western nations have since introduced similar programmes.

HPV is spread sexually. However, this vaccine will not work effectively if a person has already been infected by HPV, said Baker. Thats why it is given to girls when they are 12 or 13 before they are sexually active.

Tens of thousands of young women are now given the vaccine, although it is too early to say how cervical cancer rates are going to be affected, said virologist Professor Sheila Graham, of Glasgow University.

However, rates of genital warts in women which are also caused by HPV are going down, so there is confidence the vaccine will work.

However, the introduction of the HPV vaccine for women has come just as infection rates in men have started to soar, with cases of tonsil cancers and cancers of the base of the tongue both caused by the virus rising dramatically. Tonsil cancer cases have tripled in numbers since the 1990s, for example.

Scientists say it would cost about 20m a year to extend the current HPV vaccine programme to boys.

By contrast, it costs about 30m a year to treat males for genital warts while the costs of treating the rising numbers of throat cancers are even greater, Lawler said. So, in purely monetary terms, it makes sense to give boys the vaccine.

This point is disputed by some health economists. They say the human papilloma virus will have virtually disappeared from sexually active UK women in a few decades, thanks to the vaccine now given to girls at school. As a result men will no longer pick up the virus when having oral sex with women. This effect is known as herd immunity.

But Professor Margaret Stanley, of Cambridge University, said the argument was flawed. Relying on female-only vaccine programmes to remove HPV from the population is risky.

In Denmark the take-up rate of the vaccine recently dropped from around 80% to 20% because of a scare story which was quite untrue suggesting the vaccine was spreading disease. We need protection for both sexes to be sure we eradicate HPV.

In addition, reliance on a female-only vaccine programme would mean that gay men would never be provided with protection against HPV, she added.

The governments joint committee on vaccination has been considering extending the HPV programme to boys for several years but is not due to give a ruling until 2017.

Even if it gives approval then, we are unlikely to get the programme extended to boys until around 2020, said Baker. By then millions who could have been protected against throat cancers will have lost the chance to get the vaccine.

Stanley was also emphatic the vaccine programme should be extended. A great many health experts in this field are paying privately to have their sons vaccinated.

It costs 160 for a double shot. I have had my grandson vaccinated. The nature of the problem is obvious.

In any case, it is simply discriminatory not to give a vaccine to men when it could save their lives.