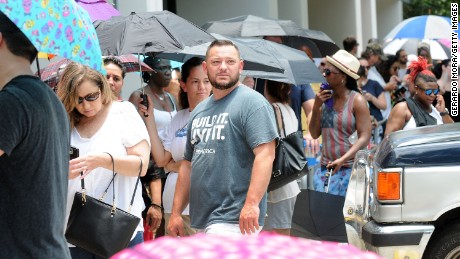 (CNN)Of the hundreds of people lining up around the block to donate blood to the victims of the Orlando shooting, one group was not required.

Gay or bisexual men who have had sex with another man in the past 12 months are not allowed to donate blood, according to official rules from the U.S. Food and Drug Administration.
The ban has caused outrage among some in the gay community who say they are being stopped from helping their LGBT “brothers and sisters” targeted in Sunday’s shooting at the Pulse nightclub.
Forty-nine people were killed when Omar Mateen, 29, opened fire in the gay bar. At least 53 more were wounded in the worst mass shooting in U.S. history.
Live updates: Latest from Orlando

Easier to buy a gun than donate blood?

After the attack, the OneBlood donation center immediately put out an urgent call for donors to help hospitals deal with the massive influx of injured people.
The center’s website crashed from online traffic, and more than 5,300 people donated blood through the OneBlood statewide network on Sunday — a single-day record, according to Susan Forbes, OneBlood’s vice president of of marketing and communications.
Though response from the public has been huge, sexually active gay and bisexual men are still barred from donating.
Many hit back at the ban online, saying it’s easier to buy a gun than for a gay man to donate blood in the United States.

There have been conflicting reports over whether the ban had been temporarily lifted, with Orlando City Commissioner Patty Sheehan telling CNN: “They lifted the ban on gay men giving blood yesterday.”
“They’ve been able to test for HIV in the blood system for years, and this is what it took to allow gay men to finally be able to give blood. And they lined up. There were 1,500 people in line yesterday,” she said.
However, the OneBlood donation center said in a tweet Sunday that all FDA guidelines remained in place.

Origins of the ban

The FDA implemented a near-lifetime ban of blood donations from gay and bisexual men in 1985 at the start of the AIDS epidemic, when little was known about the spread of the disease.
Since the ban was introduced, screening technologies have vastly improved, and the FDA updated its guidance on the issue in 2015.
Under the latest rules, gay and bisexual men may donate blood, provided it has been 12 months since their last sexual encounter with another man.
FDA lifts lifetime ban on gay men donating blood 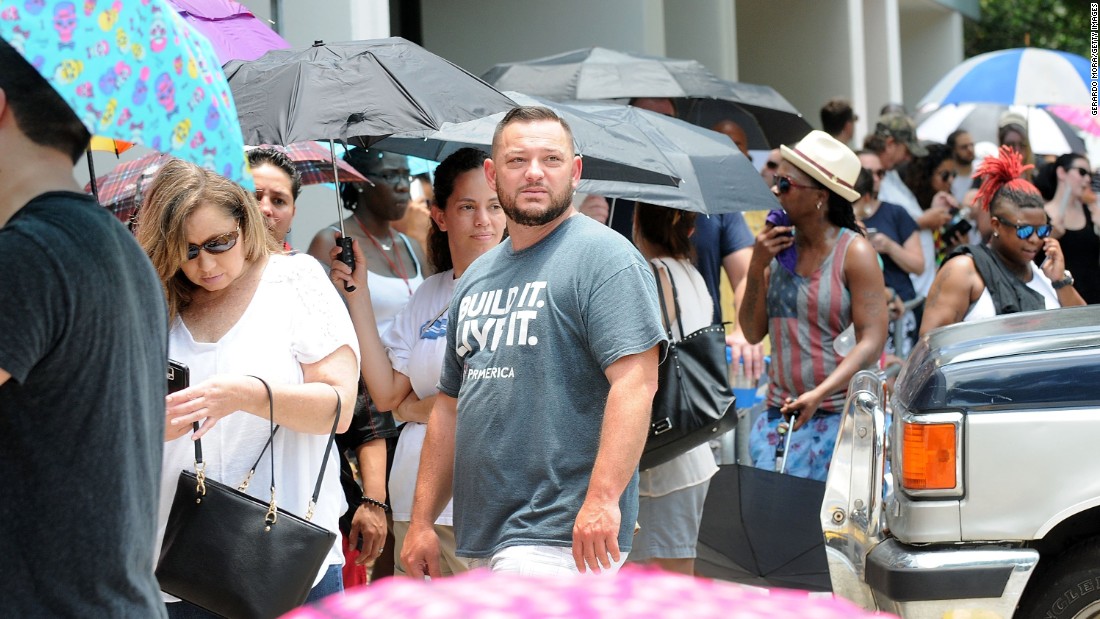 At the time of the rules revision, the Human Rights Campaign said that the change was a “step in the right direction” but that the new policy “still falls short of a fully acceptable solution because it continues to stigmatize gay and bisexual men.”
Other countries that have implemented a one-year deferral policy include Argentina, Australia, Brazil, Hungary, Japan, Sweden and the United Kingdom.

How safe is American blood?

Every unit of blood donated in the United States must undergo 13 tests, including 10 for infectious diseases (such as HIV, hepatitis and syphilis).
The use of donor education material, specific deferral questions and advances in donor testing have reduced the risk of HIV transmission from a blood transfusion to about 1 in 1.5 million to 2 million blood units, according to the National Institutes of Health.
While it is possible to detect HIV in a unit of blood nine to 11 days after infection, the NIH says that once a person is infected with HIV, it generally takes about three months for the body to produce enough antibodies to be detected by an HIV antibody test. For some people, it can take up to six months.
Opinion: Celibacy ‘compromise’ for gay blood donors is discriminatory
So who can donate blood? All donors must be in good general health, be at least 17 years old — in most states, including Florida — and weigh at least 110 pounds, according to the Red Cross.