The thrilling deaths in The Winds of Winter echoed Titus Andronicus. Slow death by torture has been this seasons lifeblood 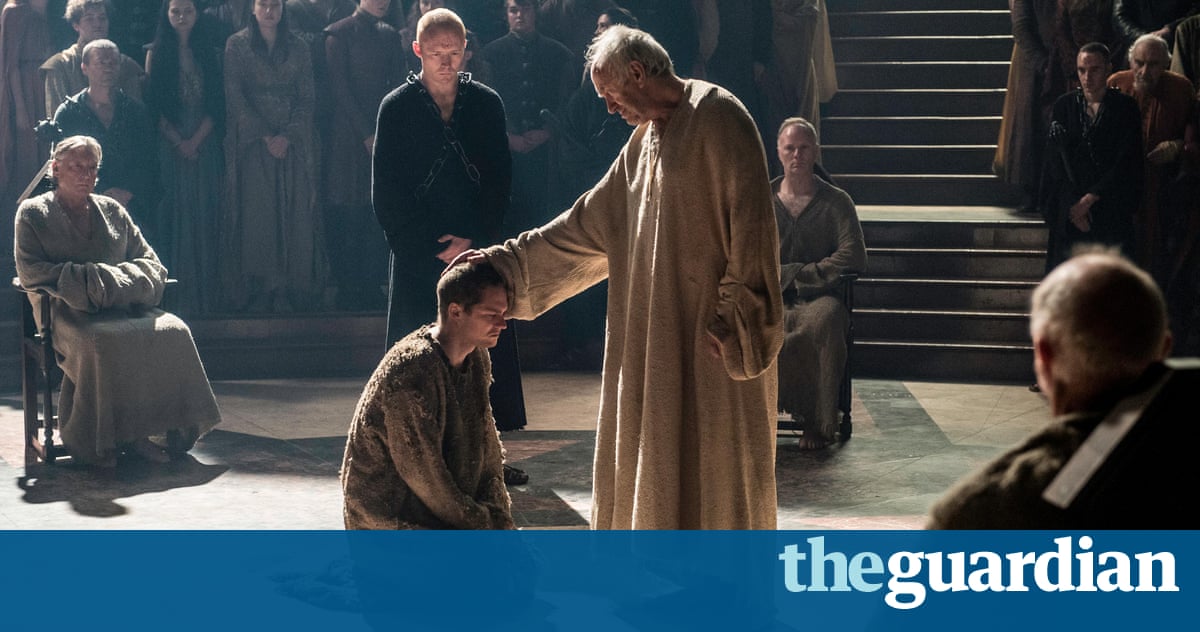 Spoiler alert: Do not read unless you have watched season six, episode 10, which airs in the UK on Sky Atlantic on Monday at 9pm, and is repeated in Australia on Showcase on Monday at 7.30pm AEST.

A couple of episodes back, when the Hound was negotiating over the right to avenge the death of Septon Ray, he was brought up short as he attempted to swing his axe. No no no no no, Thoros of Myr muttered. Were not butchers. We hang them.

Hanging?, the Hound spat back. All over in an instant. Wheres the punishment in that?

They die, said Thoros, and the Hound was almost amused by his naivety. We all bloody die, he replied.

As the bodies piled up in the last episode of this series of Game of Thrones, we were reminded that Thoros and the Hounds debate is always going to be salient in Westeros. We do, indeed, all bloody die; the best that can be hoped is not to die bloodily. A quick and painless end, or one that comes in a manner of your choosing, is so hard to guarantee that you can often see the relief in the eyes of those who manage it even as they pass away. Torture and delay, on the other hand, are the shows lifeblood: the exquisite agony of the wait, and the Freudian satisfaction when the inevitable finally comes.

One way of diagramming this episode, called The Winds of Winter, is as an exercise in the practical advantages of speed on the one hand, and the vengeful pleasures of taking it slow on the other. Either way, death is usually horribly thrilling, particularly in an episode where its application is so shot through with comeuppance: whereas last weeks battle was bracingly indiscriminate, the death meted out here was always with specific political or personal ends.

Cersei torched the Sept, and the speed and ruthlessness of her move was like a slap in the face; Margaery, the High Sparrow, Loras and a crowd of hapless hangers-on incinerated in an instant, and the queen mothers supremacy suddenly restored. Tommens suicide was beautifully constructed and heartbreakingly matter-of-fact, a good-hearted boys inescapable response to the proof that he is not cut out for this world: he didnt so much leap to his death as give up trying to stand.

Everyone else had to suffer. Grand Maester Pycelle got set upon by Qyburns deeply sinister flock of little birds. Lancel had to crawl towards the wildfire, knowing in the last instant that he had failed to serve his faith and that the consequential defeat would be absolute. Septa Unella, the nun who tormented Cersei, seemed almost exultant that it was all over, just as Ramsay Snow embraced his death wish last week. But then Cersei told her: Youre not going to die today. And, just like Ramsay Snow, Unella had her certainty that she could retain some semblance of control, and hence dignity, ruthlessly pulled away by the woman she had once tormented.