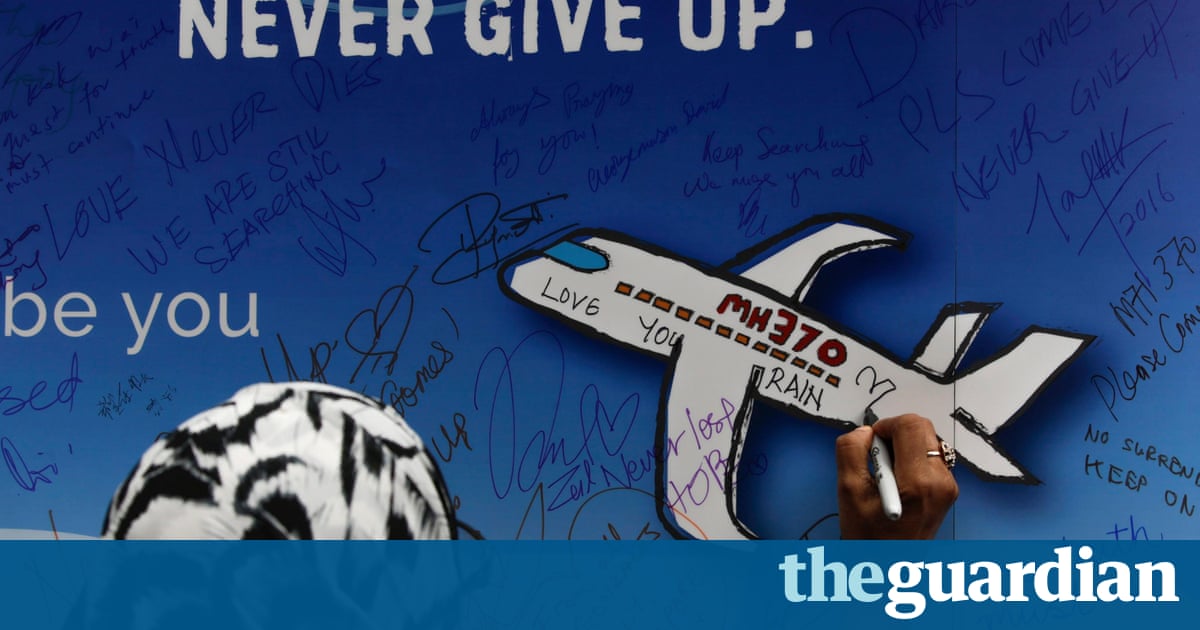 A section of wing from missing Malaysia Airlines flight MH370 shows evidence it was extended upon landing, suggesting a rogue pilot brought it down, an air crash expert says.

World expert air crash investigator Larry Vance believes no other theory can explain the fate of the doomed aircraft.

Somebody was flying the airplane into the water, he told Channel Nines 60 Minutes program on Sunday.

The Australian search has been based on the theory the jet was not under human control when it crashed with 239 people on board, en route from Kuala Lumpur to Beijing on 8 March 2014, after it inexplicably veered off course and headed south over the Indian Ocean.

Vance believes a small section of wing, called the flaperon, found a year ago off the coast of Madagascar, shows definite evidence it was extended at the time of landing and the extending can only be activated by a person.

The failure to find floating debris could also be explained by a slow, controlled landing, he said.

Australian Transport Safety Bureau crash investigator Peter Foley agreed the crash could have been the work of a rogue pilot. He said analysis from French authorities showed it was possible the plane was in a deployed state.

The flaperon is in the hands of the French, and Malaysian investigators have been unable to take possession of it, a year after its discovery.

I think its been a frustration for the investigation, Foley said.

He conceded that if the plane was piloted until the end, it could have landed outside the current search area: There is a possibility there was someone in control at the end and were actively looking for evidence to support that.

It was recently revealed the captains home flight simulator showed a month before the doomed flight, he plotted an almost identical route deep into the southern Indian Ocean.

Foley said the reason it hasnt been included in an interim report on the investigation was a question for the Malaysians, but it should form part of a final report.

Another piece of evidence, a wing part recently found in Tanzania, was being analysed to determine if it was extended at the end of the flight.

If it was extended, it meant someone was in charge of the aircraft,Foley said.

However, Vance said the discovery of the flaperon, which showed damage consistent with the force of water, should have prompted experts to conclude the crash was caused by a rogue pilot.

Everybody should then have concluded in my opinion that this was a human engineered event, theres no other explanation, he said.

Australias transport minister Darren Chester says a piece of aircraft debris was found on Pemba Island Aircraft wreckage potentially from missing Malaysia Airlines Flight 370 has been found on an island off the east African coast, an Australian official said….

Twickenham, London (CNN)Fiji wrapped up the Sevens World Series title without even reaching the final in London, and on this weekend’s evidence the battle for a historic first Olympic gold medal could be very much a lottery. The imminent debut…

The Sudan government continues to target children in the ongoing conflict in the Nuba Mountains. On Wednesday afternoon, a government warplane bombed a leading primary school in Kauda, Sudan, wounding a Kenyan teacher. The Sudan Sukhoi jet dropped two parachute bombs into the…

This NASA graphic depicts the time and location of Mercury as it crosses the face of the sun during the May 9, 2016 Transit of Mercury event. (NASA) On Monday (May 9), you will have an opportunity to witness one…