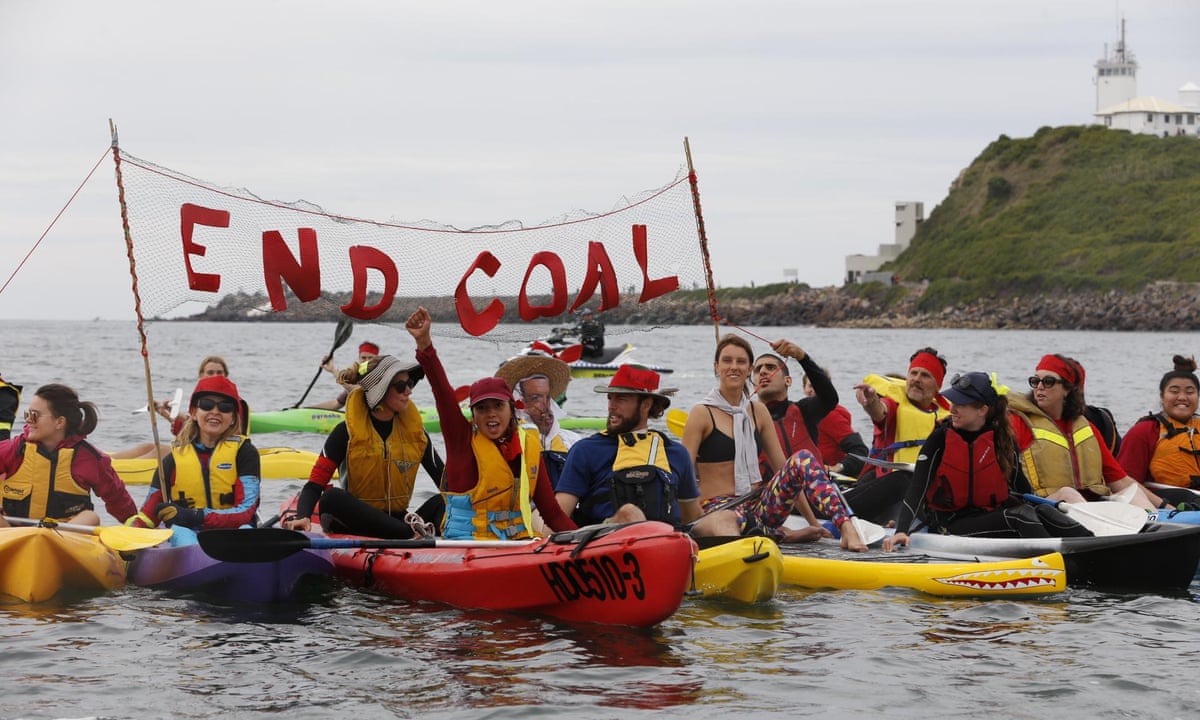 Hundreds of kayaks and boats blocked the entrance to Newcastle harbour in an attempt to stop coal ships from leaving or entering. Another group blocked train tracks used to transport coal on the Sandgate Bridge in the citys north west.

The protests are part of several anti-fossil fuel actions happening across 12 countries.

Organisers estimate more than 1,000 people attended the protest in Newcastle, which lies approximately 160km north of Sydney, on Sunday, calling for the government to take action on climate change and wind down the use of fossil fuels.

The Break Free From Fossil Fuels group said it was targeting some of the most iconic and dangerous fossil fuel projects on the face of the planet.