Just days before the start of the Olympic Games the waterways of Rio de Janeiro are as filthy as ever, according to a 16-month long study 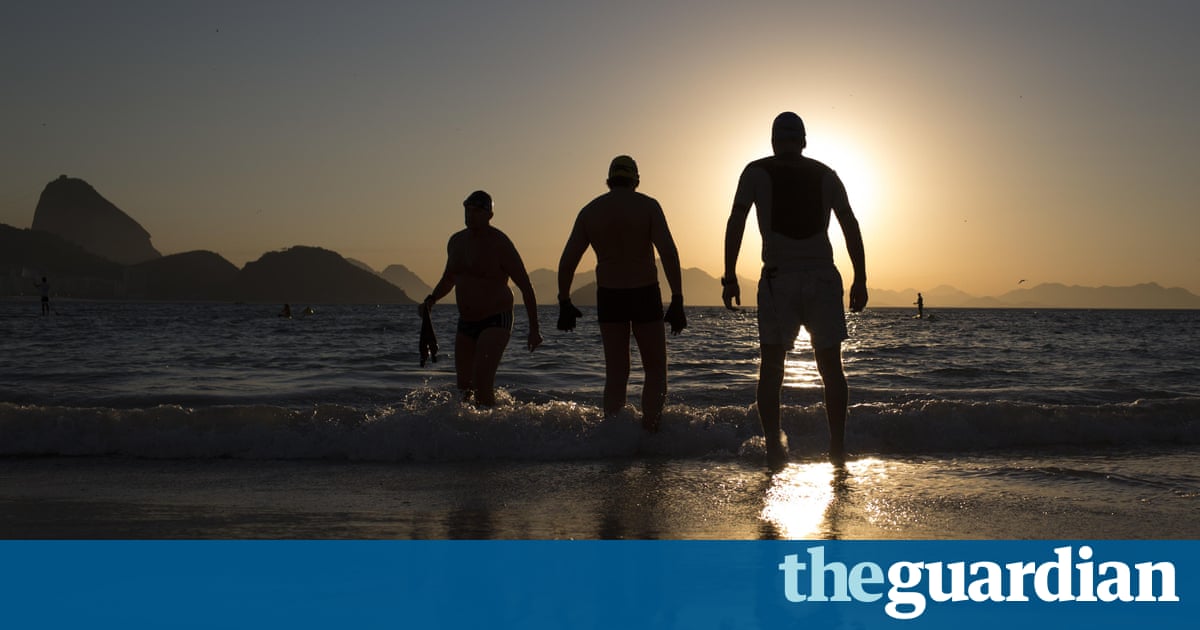 Just days before the start of the Olympic Games the waterways of Rio de Janeiro are as filthy as ever, contaminated with raw human sewage teeming with dangerous viruses and bacteria, according to a 16-month-long study commissioned by The Associated Press.

Not only are some 1,400 athletes at risk of getting violently ill in disciplines such as sailing and open water swimming, but the APs tests indicate that tourists also face potentially serious health risks on the beaches of Ipanema and Copacabana.

The APs survey of the aquatic Olympic and Paralympic venues has revealed consistent and dangerously high levels of viruses from the pollution, a major black eye on Rios Olympic project that has set off alarm bells among sailors, rowers and open-water swimmers.

The first results of the study published over a year ago showed viral levels at up to 1.7m times what would be considered problematic in the United States or Europe. At those concentrations, swimmers and athletes who ingest just three teaspoons of water are almost certain to be infected with viruses that can cause stomach and respiratory illnesses and more rarely heart and brain inflammation although whether they actually fall ill depends on a series of factors including the strength of the individuals immune system.

Since the AP released the initial results last July, athletes have been taking elaborate precautions to prevent illnesses that could potentially knock them out of the competition, including preventatively taking antibiotics, bleaching oars and donning plastic suits and gloves in a bid to limit contact with the water.

But antibiotics combat bacterial infections, not viruses. And the AP investigation found that infectious adenovirus readings tested with cell cultures and verified with molecular biology protocols turned up at nearly 90% of the test sites over 16 months of testing.

Thats a very, very, very high percentage, said Dr Valerie Harwood, chair of the department of integrative biology at the University of South Florida. Seeing that level of human pathogenic virus is pretty much unheard of in surface waters in the US. You would never, ever see these levels because we treat our waste water. You just would not see this.

While athletes take precautions, there is also concern for the 300,000-500,000 foreigners expected to descend on Rio for the Olympics. Testing at several of the citys world-famous beaches has shown that in addition to persistently high viral loads, the beaches often have levels of bacterial markers for sewage pollution that would be cause for concern abroad and sometimes even exceed Rio states lax water safety standards.

In light of the APs findings, Harwood had one piece of advice for travelers to Rio: Dont put your head underwater. Swimmers who cannot heed that advice stand to ingest water through their mouths and noses and therefore risk getting violently ill, she said.

Danger is lurking even in the sand. Samples from the beaches at Copacabana and Ipanema revealed high levels of viruses, which recent studies have suggested can pose a health risk particularly to babies and small children.

Both of them have pretty high levels of infectious adenovirus, said Harwood, adding that the virus could be particularly hazardous to babies and toddlers who play in the sand. You know how quickly an infant can get dehydrated and have to go to the hospital, she added. Thats the scariest point to me.

Dr Fernando Spilki, the virologist and coordinator of the molecular microbiology laboratory at Feevale University in southern Brazil whom AP commissioned to conduct the water tests, says the survey revealed no appreciable improvement in Rios blighted waters despite clean-up promises stretching back decades.

Unfortunately, what weve seen throughout all this time is that there is a variation in the levels of contamination, but it fluctuates much more as a result of climactic conditions than due to any measures that may have been taken to try to remove this contamination, said Spilki, one of Brazils most respected virologists.

The most contaminated points are the Rodrigo de Freitas Lagoon, where Olympic rowing will take place, and the Gloria Marina, the starting point for the sailing races. In March, 2015, sampling at the Lagoon revealed a figure of 1.73bn adenoviruses per liter; this June, adenovirus readings were lower but still worrying at 248m adenoviruses per liter. By comparison, in California, viral readings in the thousands per liter are enough to set off alarm bells.

Husband Robert Gropel reached the top after asking Strydom to wait for him, but she died in his arms on the descent The Melbourne university lecturer Maria Strydom fell ill just 15 minutes climb from the summit of Mount Everest…