In an effort to woo Republicans fed up with Trump, the Democrats are all but wrapping themselves in the star-spangled banner and chanting U-S-A 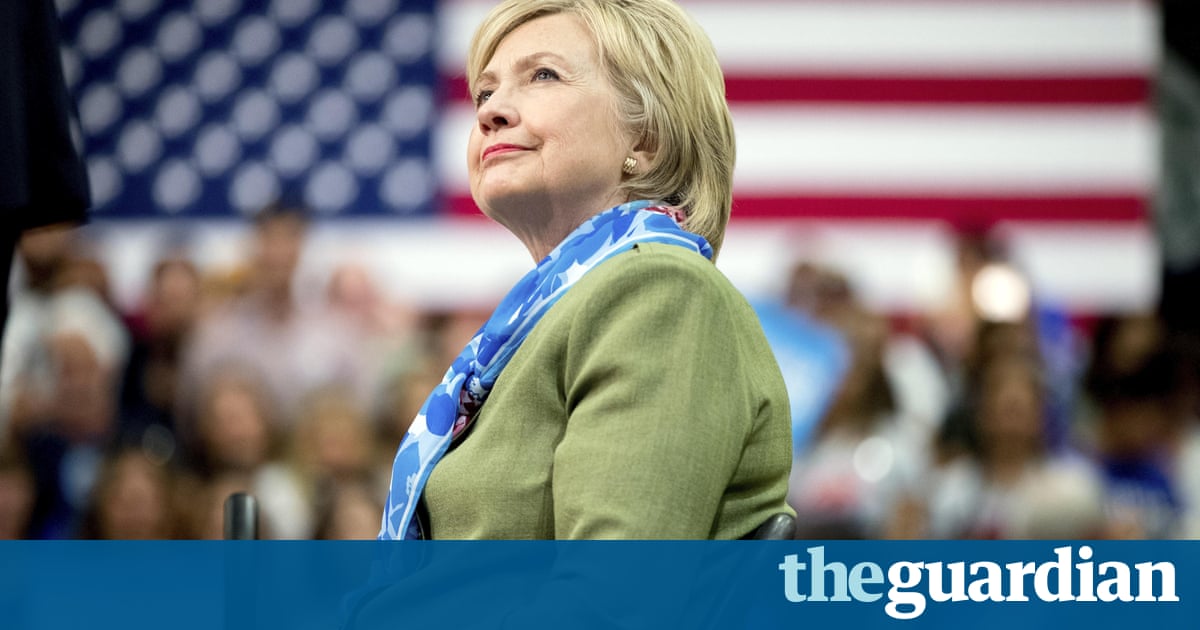 For the Democrats who could hardly wait to make a rightward pivot for the general election, Donald Trump created the perfect opportunity. His wink-wink, nod-nod racist slogan, Make America great again, together with his apocalyptic dirge of a convention, left exposed and unguarded a flank that is usually the Republicans specialty.

So at the Democrats convention, from Michelle Obama the first night to the nominee herself on the last, Democrats saw their opening and hit back hard: America is extremely great already the greatest, really and anyone who says otherwise should be run out of town.

In between patriot politicians, soldiers and law-enforcement officers provided a chorus of the my-country-right-or-wrong tune that their professions instill in them. Complaints from delegates shouting No more war! were easily drowned out with U-S-A! Many conservative pundits whove been in the Republican party longer than their nominee admittedly, not a high bar started wishing they could be With Her.

The trouble is, the Democratic strategists brilliant stratagem comes at the cost of a contradiction. What Bernie Sanders called the partys most progressive platform in history, holds as its highest ambitions accessible healthcare, affordable higher education, basic gun restrictions a collection of reasonable policy proposals that most other wealthy nations accomplished decades ago. If we have such a hard time making even modest progress on such things, what makes this country so great?

What does great even mean? Its political usefulness depends on its vagueness. But since the word is in this case on loan from the Trump campaign, we can at least take some hints from there. For Trump, America will be great again when it is responsible to no one, when it can bend neighbors to its will through magic feats of negotiation, when its military abandons all remaining ethical standards, when it defers its problems to a messianic strongman. Greatness is power, control and license to dominate.

Democrats, by adopting Trumps language, cant help adopting some of his narcissism as well. The Democratic convention partly succeeded in doing otherwise, presenting as evidence of greatness examples of our popular music, our capacity for self-deprecating humor and our ethnic diversity by which we are stronger together.

Yet in the festivities wake, the most lingering controversy has consisted of Democrats and Republicans alike uniting against Trump in the conviction that even a baldly ad hominem political salvo, by virtue of being from the father of a fallen serviceman, is beyond reproach. Being great means being unable to question the purveyors of our power.

One of the oddities of the Bernie Sanders campaign, which so much of the Democratic convention sought to tame, was its willingness to speak as if other countries experience could be worth learning from. If nearly free, universal healthcare and college are so impossibly utopian, why do so many others nations take them for granted?

This is a line of reasoning that worked well with a younger generation that is better traveled, more networked and less inclined to see national borders as holy and fixed realities. They realize, for instance, that they have more in common with young people in other countries than they do with their own leaders, or anyone elses.

Recall, also, President Obamas earnest attempts to cite the highly relevant and applicable case of Australia in explaining the wisdom of stricter gun laws in even a gun-friendly country. No dice. The necessary prerequisite for any idea gaining traction in US political culture is that it can be framed in such a way as to make us feel great (again?).

People in other countries, awkwardly enough, are watching our political spectacles as well. Perhaps they can laugh it all off more easily, but only to the extent that the show doesnt instill terror for how this countrys greatness will be inflicted on them next. Even the word America, the thing that is allegedly so great, disregards the existence of other countries in North and South America, as people during my travels in those countries have always made sure to remind me.

There is a lot about the land and people bound together in the United States of America to like, to love and to live by. I am grateful to have come of age on solo road trips across its weird and wonderful contours, to have imbibed certain shared mythologies, regardless of their truth value, and to have the privilege of trying to make this place better. Thankfully the Democrats own platform largely belies their cynical rhetoric.

Perhaps someday, in a society more just and accountable, we can overcome our fears and insecurities enough to notice that there is worthwhile greatness in others than ourselves.