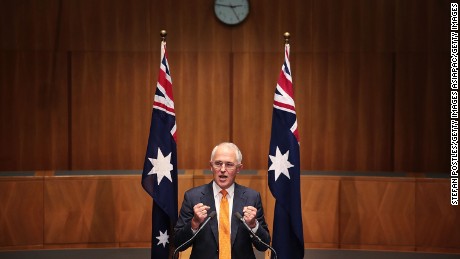 (CNN)Six prime ministers in six years? It could happen in Australia on July 2.

Australians will vote in their first national election since 2013 on Saturday, as the center-right Liberal-National coalition government fights to keep its majority against the center-left Labor party.
The government, led by Prime Minister Malcolm Turnbull, is only slightly ahead of the Opposition Leader, former unionist Bill Shorten, in national Newspoll opinion surveys.
If Shorten wins, he would be Australia’s sixth prime minister since 2010.
Healthcare, the economy and gay rights have been the central issues of the 2016 campaign, with Australia set for a national plebiscite on same-sex marriage if Turnbull is re-elected.
Shorten is campaigning to reverse the Liberal government’s cuts to Australia’s public health system as economic growth continues to waver, with above average GDP growth of 3% in 2015 failing to offset stagnant income levels and high unemployment.
“Australia is a small, quite open economy — we’ve benefited enormously over the last decade and a half through increased spending in China… but that does mean we’re subject to slowing down conditions in China too,” Sydney’s Centre for Independent Studies research manager Simon Cowan said.
But no matter who wins, Australia’s controversial refugee laws will stay in place.

What are Australians voting for?

Australia’s July 2 vote will be a double dissolution election, which means both Houses of Parliament, the House of Representatives and all members of the Senate, will face the electorate.
As a parliamentary democracy, Australian voters will cast their ballots for different parties, and the party or parties with more than 50% of votes will form government. The leader of the party who forms a government will become prime minister. 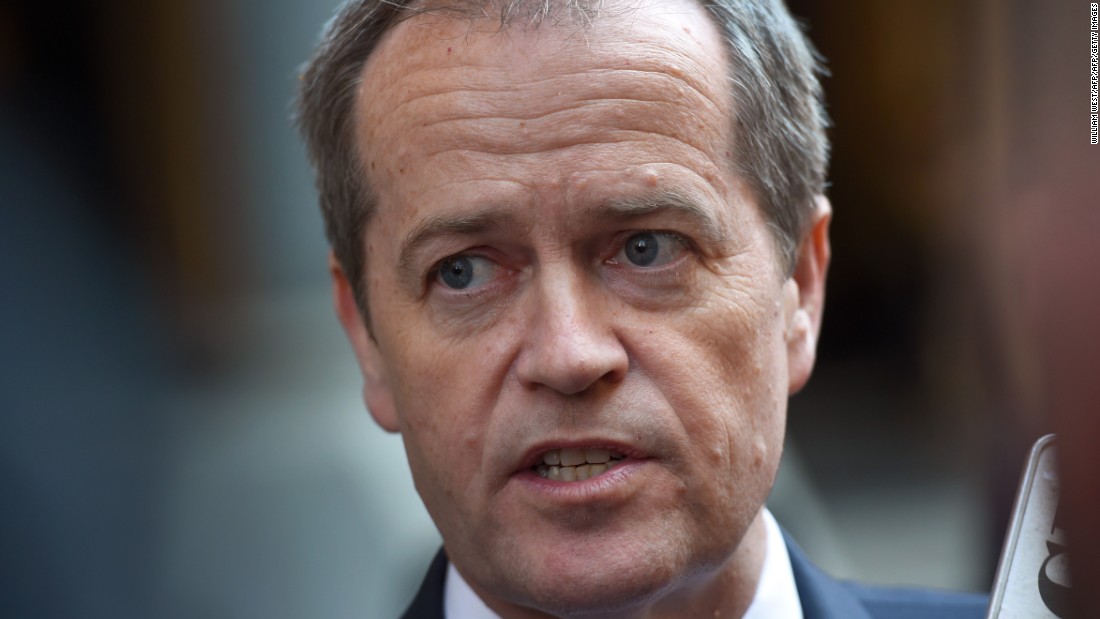 Currently, the leader of the Liberal National Coalition is Malcolm Turnbull, a former lawyer and investment banker, who made his reputation by defending a former MI5 spy against the United Kingdom in the “Spycatcher” case.
Turnbull was hugely popular when he took over the leadership but some supporters were disappointed when he kept his predecessor Abbott’s right-wing policies.
“He’s had to, or has chosen to, compromise on the policy positions with which he was identified,” Australian journalist Michelle Grattan wrote on The Conversation.
“People anticipated Turnbull would deliver a lot more. Some of the expectations arose just because he was Turnbull, with all the hype that brought.”
Facing him is Labor party leader Bill Shorten, a former trade union leader who is known for making cheesy dad jokes and was closely involved in the toppling of former Prime Minister Kevin Rudd in 2010, beginning Australia’s roulette of leaders.

It has been less than a year since former conservative leader Tony Abbott lost his job after being challenged by Turnbull, who was previously ousted as party leader by Abbott in 2009 and had been expected to make a move for some time.
Abbott’s party agreed to sack him in September 2015 after a series of events which had destroyed his reputation and polling numbers, including giving a knighthood to Britain’s Prince Philip in 2015.
Since 2010, Australia has had five prime ministers in six years, beginning with Labor’s Kevin Rudd who was replaced by his deputy Julia Gillard in a late-night coup which shocked the country.
Three years later, Rudd seized back power only to lose the 2013 election to then-Liberal leader Tony Abbott.
QUIZ: Australian PM or celebrity marriage – which lasted longer?
Lowy Institute Polling Program director Alex Oliver said the constant turnover of leaders in Australia was a symptom of the same problem affecting other Western democracies, including the U.S. and the United Kingdom.
“We don’t have a EU debate and we don’t have a President Trump… but they are the same global forces, particularly in the West, that we’re seeing in play. They’re just manifesting themselves in different ways,” she said.

Australia’s refugee policy has attracted harsh international criticism over the past few years, which places asylum seekers who arrive in the country by boat in camps on Papua New Guina’s Manus Island and the island state of Nauru.
Refugees who are placed in the camps are unable to seek asylum in Australia at all.
In addition, the Australian navy was given permission to turn back boats of refugees encountered at sea, sending them back to their country of origin.
In a statement in May, the United Nations High Commissioner for Refugees issued a statement describing the policy as “immensely harmful” and “completely untenable.”
Turnbull has said he will keep the asylum seeker system as it is, while the Labor party has insisted it will maintain the current regime with only minor changes.
In fact, Shorten led the charge to change his party’s policy platform to include the navy turning back boats of refugees.

In his first horror movie, Drive director Refn puts Elle Fanning through hell as a young model in LA. Ahead of the films premiere at Cannes, we go behind the scenes In May 2015, in the basement of a haunted…