If China refuses to abide by result, it will be branded an outlaw, undermining its claim to regional leadership as a responsible power 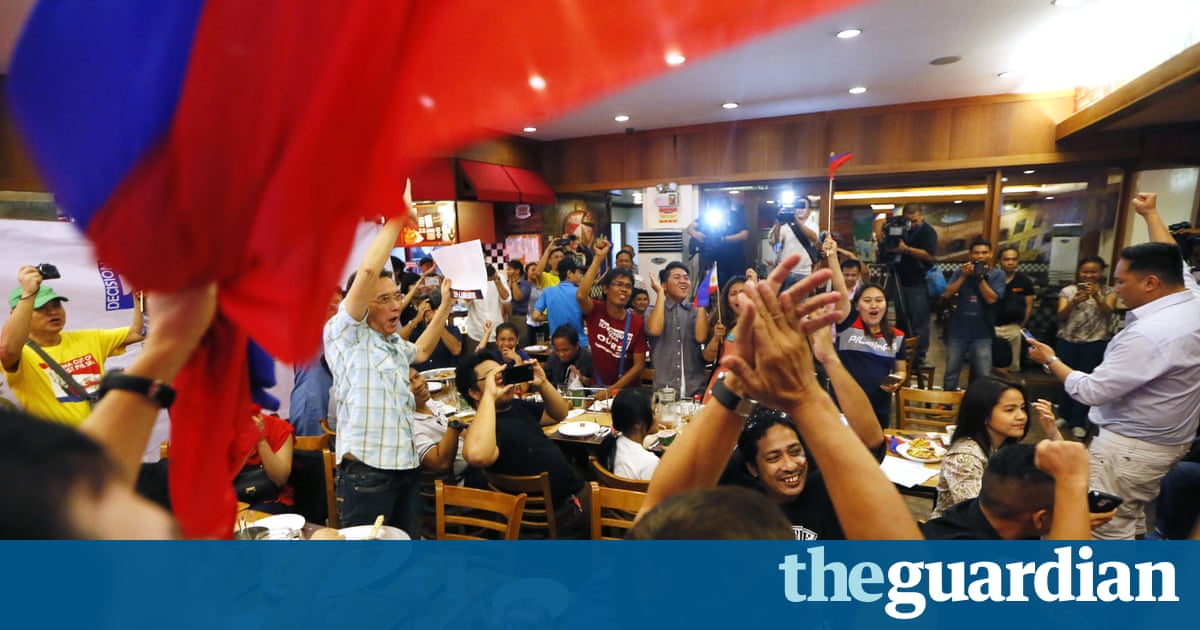 After three years of nail-biting anticipation, the Philippines has scored a historic legal victory against China in the South China Sea. An international tribunal handed the Philippines a virtual clean sweep in a landmark case that could define not only the trajectory of the maritime disputes in the area but also the broader international order.

Most observers expected a favourable outcome for the Philippines, but no one knew to what extent. Some feared the tribunal might even refuse to exercise jurisdiction on certain aspects of the dispute in order to avoid a full estrangement of China, which boycotted the proceedings and aggressively lobbied for the dismissal of the case.

To the surprise of many legal experts, the tribunal not only exercised jurisdiction on the most sensitive items of the Philippines case but it issued favourable judgment on the merits of almost all of the south-east Asian countrys arguments.

According to the tribunal, Chinas doctrine of historic rights, which undergirds its sweeping nine-dash line claim, was incompatible with prevailing international law and there was no evidence that China had historically exercised exclusive control over the waters or their resources.

In effect, the arbitration body nullified Chinas sweeping maritime claims. The verdict is an unequivocal rejection of Chinas aggressive manoeuvres across the South China Sea, arguably the worlds most important waterway.

While the majority of Filipinos were ecstatic about this legal and moral victory, the Philippine government, however, called for sobriety and a subdued response. After all, the verdict is legally binding but not necessarily enforceable, especially since China has declared it null and void and the Philippines lacks the capability to ensure compliance.

Nonetheless, the verdict represents a huge setback for China. First of all, it provides a more robust legal pretext for the US, Japan, Australia and other like-minded naval powers to conduct more extensive and multilateral freedom of navigation operations, which are aimed at challenging Chinas claims now flatly rejected by the arbitration body.

Second, the Philippines case sets a legal precedent for other south-east Asian countries such as Indonesia and Vietnam, which have threatened to take China to the court over their maritime disputes. Now, China faces the prospect of a virtual class suit by its deeply estranged neighbours.

Above all, if China refuses to abide by the verdict, it will be openly branded as an outlaw, undermining its longstanding claim to regional leadership as a responsible power.

All eyes are on the Philippines new president, Rodrigo Duterte, who has expressed his refusal to flaunt the verdict to taunt China in order to avoid further escalation.

For the Duterte administration, it appears more important to leverage the verdict as a bargaining chip in upcoming high-stakes bilateral negotiations with China.

Most likely, the Philippine government will shun a strongly worded statement regarding the arbitration verdict to revive long-frayed bilateral ties with China and seek tangible concessions on the ground.

What is clear, however, is that Chinas actions in the South China Sea are in contravention of international law. That is now beyond dispute.

Richard Javad Heydarian is a political science professor at De La Salle University and the author of Asias New Battlefield: US, China, and the Struggle for Western Pacific.

Image copyright AFP/Getty Images EU migrants who come to the UK as Brexit nears may not be given the right to stay, David Davis has said. The new Brexit secretary told Sky News there might have to be a cut-off…