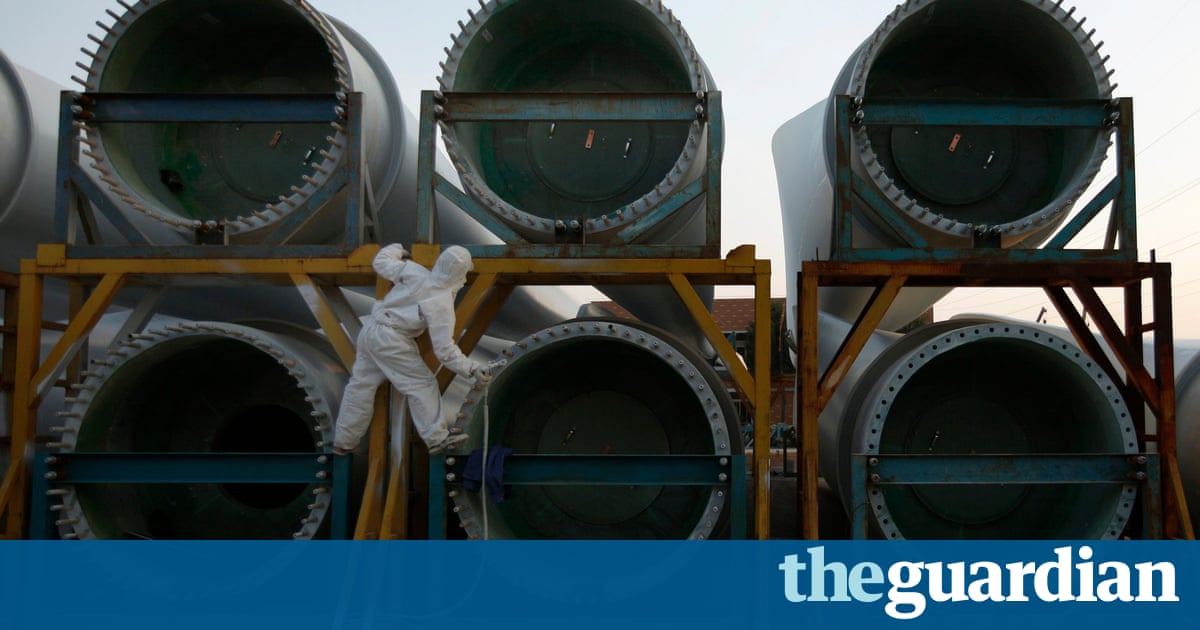 China is cementing its global dominance of renewable energy and supporting technologies, aggressively investing in them both at home and around the globe, leaving countries including the US, UK and Australia at risk of missing the growing market.

A report by the Institute for Energy Economics and Financial Analysis (Ieefa) found Chinas dominance in renewables is rapidly spreading overseas, with the country accelerating its foreign investment in renewable energy and supporting technologies.

Analysing Chinese foreign investments over US$1bn, Ieefa found 13 in 2016, worth a combined $32bn. That represented a 60% jump over similar investments in 2015.

China was already widely recognised as the largest investor in domestic renewable energy, investing $102bn in 2015, according to Bloomberg New Energy Finance more than twice that invested domestically by the US and about five times that of the UK.

The big foreign investments in 2016 included two in Australia, two in Germany and two in Brazil, as well as deals in Chile, Indonesia, Egypt, Pakistan and Vietnam.

Tim Buckley, director of Ieefa and author of the report, said the election of Donald Trump in the US and lack of supportive policy in Australia left those countries at risk of missing a huge opportunity.

At the moment China is leaving everyone behind and has a real first-mover and scale advantage, which will be exacerbated if countries such as the US, UK and Australia continue to apply the brakes to clean energy, he said.

The US is already slipping well behind China in the race to secure a larger share of the booming clean energy market. With the incoming administration talking up coal and gas, prospective domestic policy changes dont bode well, Buckley said.

But because of the magnitude of opportunities in investment, technology and jobs opportunity expected in the future, he said there was still time for other countries to catch up.

We are still in a relatively early stage of the transition, so the next couple of years will be defining in terms of which countries gain the major slices of the market, Buckley said.