Imogen Goldie, 28, and Robert Wells, 36, are believed to have taken their own lives at guesthouse on New Years Eve 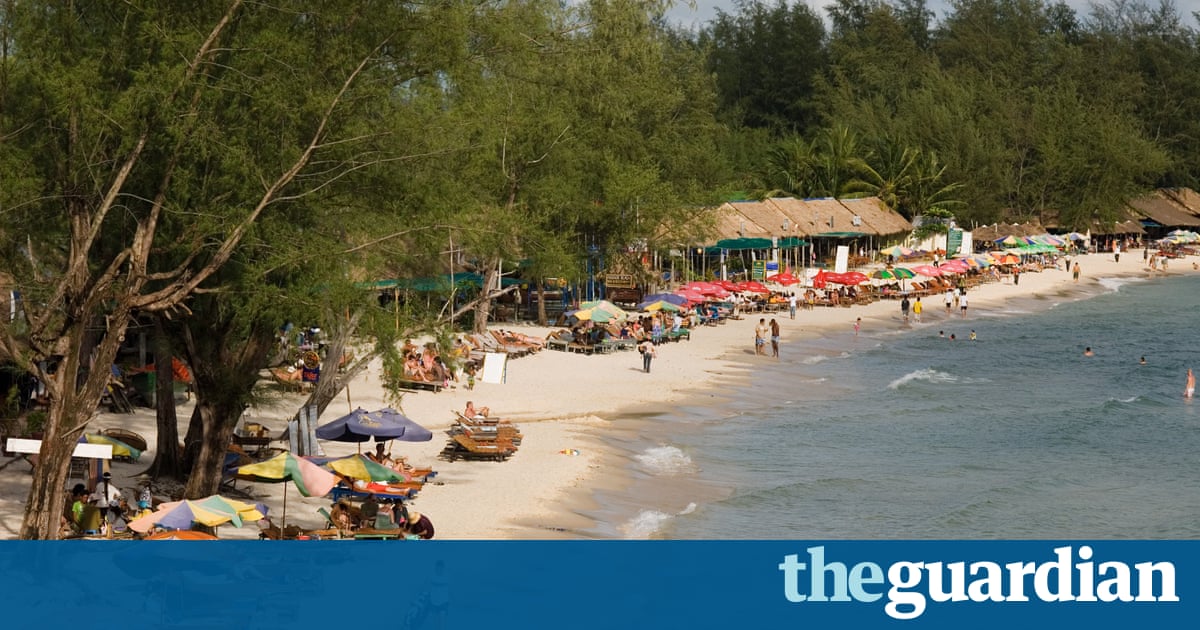 A couple who were found dead in a guesthouse in southern Cambodia on Sunday had married on Christmas Day, the mother of one of the couple has said.

The bodies of Robert Wells, 36, from Sunderland, and his wife, Imogen Goldie, 28, from Camberwell, south London, were found in the seaside resort of Sihanoukville on New Years Day. The couple are believed to have killed themselves on Goldies birthday, which was the day before.

Wellss mother, Collette, who lives in Newbiggin-by-the-Sea, Northumberland, said when she spoke to her son for the last time he told her about the wedding and how in love he was.

They were on holiday and he rang me on Boxing Day to tell me they were married on one of the Cambodian islands, she said. He told me he loved her so very much, she meant the world to him and he would do anything for her. Unfortunately that was the last I heard.

Goldie was a singer-songwriter. Wells had worked in a call centre in Longbenton, North Tyneside, and also in IT in Manchester and London.

They met in 2014 and in October 2016 decided to go travelling until the money ran out, said his mother.

Collette Wells said she did not receive official notification of her sons death and was only able to confirm it by phoning the Foreign and Commonwealth Office.

She said she was devastated as a result of his death and had received little information despite alleged details of the deaths being published in the media.

It has been reported that an alleged suicide note was found in the guesthouse that referred to mental health struggles and to a feeling that they had both been let down by the NHS.

Goldies mother, Diane, set up a crowdfunding page to enable her to go out to Cambodia to cremate her daughter. On it she wrote: This cruel system failed both my daughter and her husband, Robert, leaving them to find solutions to their mental health issues by their own hands. Will you help me bring my baby back home please? By Tuesday, she had already exceeded her target of 5,000.

Wellss mother has also set up a crowdfunding page to raise money to go to Cambodia.

She wrote: My only son travelled to Cambodia and married his true love on an island on Christmas Day. They were both found dead of an apparent double suicide on New Years Day. I am desperate to get out there to cremate him and bring his ashes home. She exceeded her target of 3,000 by Tuesday.

Wells said she was devastated to have not even seen a photograph of her sons wedding, although the couple shared an image of their intertwined hands with matching tattoos on their ring fingers.

Friends of the couple left tributes on social media.

Siouxsie Wild wrote on Facebook: Just hearing about Robert Wells and Imogen. Such tragic news RIP. I hope you find peace together.

A Foreign Office spokesman said: We are in contact with local authorities following the deaths of two British nationals in Cambodia and are ready to support their families at this extremely difficult time.

In the UK and Ireland the Samaritans can be contacted on 116 123. In the US, the National Suicide Prevention Hotline is 1-800-273-8255. In Australia, the crisis support service Lifeline is on 13 11 14. Hotlines in other countries can be found here.