President says if America introduced compulsory voting, US turnout could jump to 70-80% 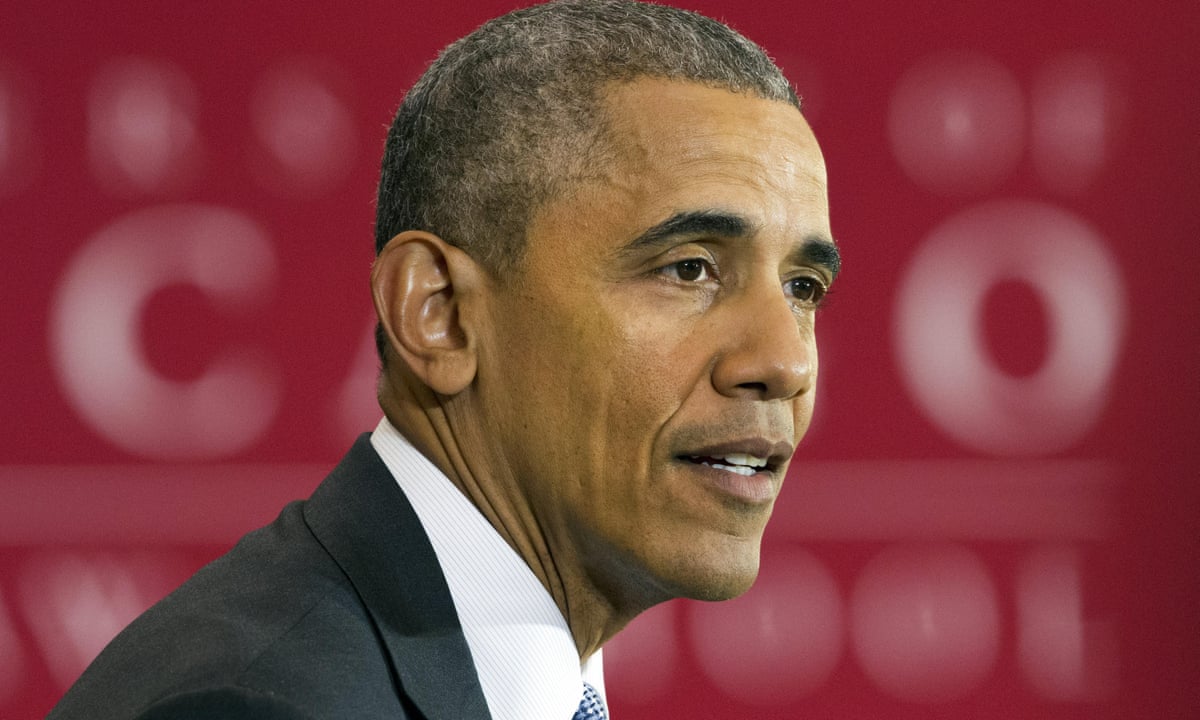 President Barack Obama says if the US followed Australia and introduced mandatory voting at elections it would have a transformative impact on America.

The president, speaking to students at the University of Chicago Law School, said the US has some of the lowest voting rates of any advanced democracy in the world.

Australia has got mandatory voting, Mr Obama said on Friday.

You start getting 70-80 per cent voting rates, thats transformative.

In the 2013 federal election in Australia voter turnout for the lower house of parliament was 93.34% and 94% in the Senate, according to the Australian Electoral Commission. In the 2010 election the figures were 93.22% and 93.83% respectively.

This compares with just 36% of Americas voting-eligible population casting ballots at the crucial mid-term elections in 2014 the lowest turnout in more than 70 years, despite control of Congress being up for grabs and state governor races contested.

Just 53.6% of voting-age Americans voted at the 2012 presidential election.

We really are the only advanced democracy on earth that systematically and purposely makes it really hard for people to vote, Mr Obama said.

In an interview conducted at Cannes last year to promote the acclaimed drama Green Room, the actor was in expansive mood, talking of his kinship with Russian literature, revulsion for Nazis and his favourite punk rockers It was impossible not…

Nintendos share price soars but there have been safety fears over players visiting secluded locations late at night An app that began as an April Fools joke has become a worldwide phenomenon, taking gamers out of the living room and…