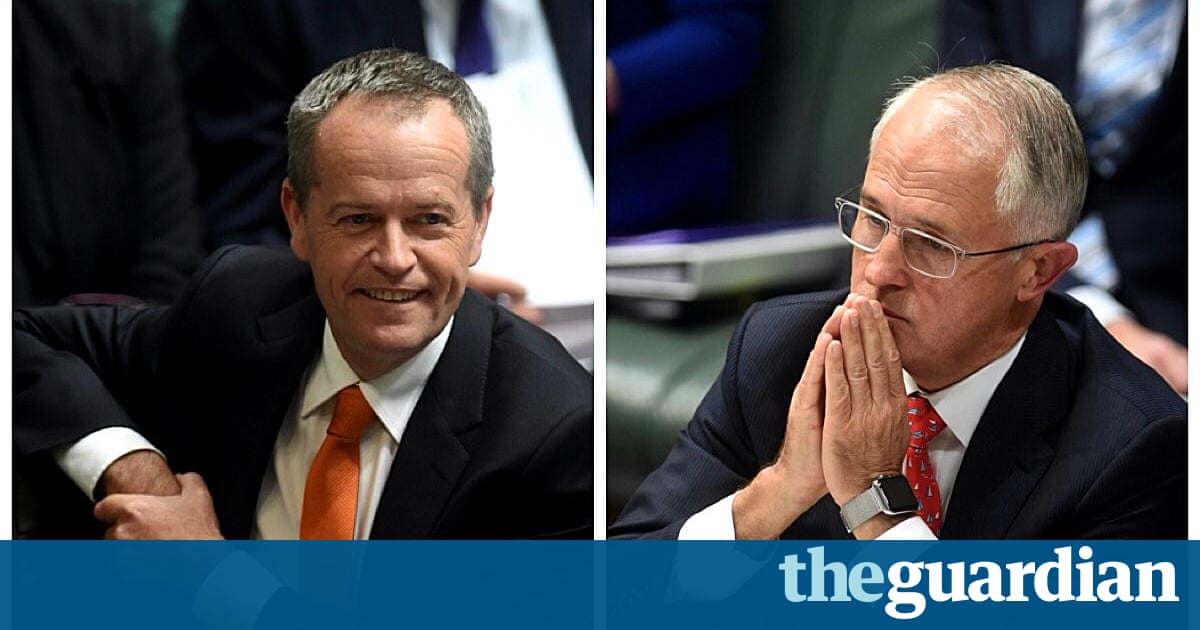 Australias big business groups are lamenting the outcome of the federal election and economists say it has increased the risk of a sovereign credit rating downgrade, no matter who forms government.

The AMP Capital chief economist Shane Oliver warned his clients that the clear air the Turnbull government had been hoping to capture by winning a strong majority would not eventuate. The prospects were not good for Australias economy, he warned.

The prospect of another three years of de facto minority government coming on the back of the minority Gillard/Rudd government over 2010-13, and the 2013-16 Coalition governments inability to pass much of its economic and budget reform agenda through the Senate, is not a good outcome for the Australian economy, he said.

Officials from the Australian Electoral Commission were busy on Sunday sorting thousands of absent, interstate, postal and other declaration votes ready for despatch to their home divisions for counting.

Malcolm Turnbull warned in his post-election speech on Saturday night that only the Coalition could provide stable government. But the result of the House of Representatives vote will not be known until at least Tuesday, while the Senate could take weeks.

It is possible Australia will get minority government, and even if the Coalition ends up forming government it will not have control of the Senate.

Jennifer Westacott, the chief executive of the Business Council of Australia, said the Coalition and Labor needed to show as quickly as possible how a functioning government could be formed when the dust settles.

While counting of votes is likely to continue for several days, Australians and Australian business can ill-afford gridlock, recriminations or infighting, Westacott said.

We need all parties who are likely to be represented in parliament to focus on the importance of improving Australians standard of living through a strong and growing economy.

When the next government is formed, it must continue to tackle the important tasks of reform.

James Pearson, chief executive of the Australian Chamber of Commerce and Industry, said the new Senate crossbenchers must be treated respectfully because the Senate will be key to getting legislation through parliament.

Whichever major party forms government, they will need to build a constructive relationship with the crossbench to get things done, Pearson said.

This takes goodwill on all sides. The business community is ready to play its part in contributing to the development of sound policies. We cannot afford three more years of policy gridlock.

He also called on the next government and Senate to pass the Coalitions company tax cuts.

The company tax cut initially for the smallest businesses to encourage investment and create jobs, should be legislated as soon as the next government returns to parliament, as both the Coalition, and to an extent Labor, supported this critical measure, he said.

Its a diabolical result for the Liberal party, too. Whichever party is somehow in power at the end of this is going to consign Australia to another three years of uncertainty unless we have, heaven forbid, another election to fix it.

Oliver warned his clients that even if the Coalition won government it would not have control of the Senate, with the balance of power remaining with the Greens and minority parties acting as a huge constraint on the government.

William Dalrymple, whose teenage passion for photography was superseded by writing, puts the theory to the test In the gusty, blustery, leaf-blown autumn of 1986, the painter, Derek Hill, rang out of the blue and invited me to lunch at…