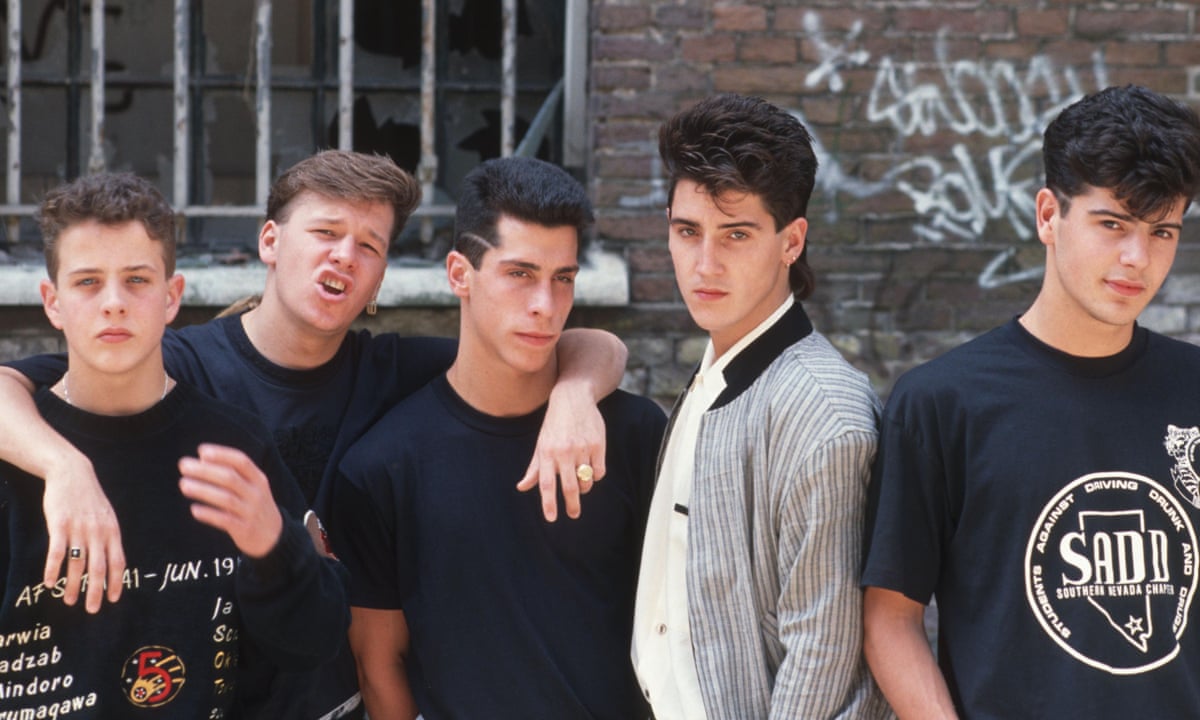 Where would we be without New Kids on the Block? Clean-cut and always ready to burst into harmonies or a complicated piece of choreography at a moments notice, they set the template for subsequent boy bands, first the Backstreet Boys and *N Sync, then One Direction. In America at least, New Kids breathed new life into teen pop music and stoked a newly rabid kind of pop fandom. Plus, they laid the blueprint for Lou Pearlmans business model, which may have landed him in prison but also transformed the charts of the late 90s and early 00s.

The New Kids were influential. They mattered. Which is exactly what journalist Rebecca Wallwork set out to prove in her book, Hangin Tough. Its part of the 33 series that has seen different writers tackle a famous album. The books have ranged from Michaelangelo Matos on Princes Sign O the Times to Alex Niven on Oasiss Definitely Maybe.

Theres nothing ironic about her admiration of the album she was a fan. [I was] a Blockhead, Wallwork explains over the phone. I was a little late to the game with New Kids because I was in Australia. The Right Stuff is where I began, probably a few months later than the American Blockheads, but Im still a fan to this day. To give it its full title, You Got It (The Right Stuff) was NKOTBs breakthrough hit. Released in 1988, it got to No 3 in the States and No 1 in the UK.

And Wallwork doesnt use the term fan lightly: shes met the band upward of 20 times (not including when shes met members individually or as a music writer), and her Tumblr boasts photos of herself as a teen proudly posing by her NKOTB merch, proving the seriousness of her dedication and how long its lasted.

I was 13 when I first saw [The Right Stuff] video, and it just seemed so cool and funky, she recalls. I hadnt heard music like that before. And if you listen to it now, it still sounds kind of different. It doesnt sound to me like Backstreet Boys or *N Sync or One Direction it was dancey, they were driving around in a convertible picking up chicks, and I was like, You look cool, I like this. They grabbed my eye, Ill admit it. And then I really did love the music.

And in a way, they were safe, she adds. Parents allowed their kids to become quite obsessed with them because it wasnt a bad obsession.

A sentiment anyone whos dabbled in boy band culture (hi!) will understand. Theres safety in basking in a relationship you can dictate exclusively through your own frame of mind. Theres comfort in deciphering the meaning of lyrics, or poring over interviews and hoping the member you like implies hes single. (Wallworks favourite member is Joe, by the way: He was closest to my age – he seemed sweet.)

Music cognition specialists said that what you listen to at 13 and 14 is what sticks with you and what you come back to, Wallwork tells me. Because thats a time when were establishing our identity, and its a time [when] your hormones are going crazy, so music has that same effect. And its so powerful at that age that it imprints in such an impactful way.

But are people just fondly remembering their youth when they listen to New Kids? I asked music cognition specialists and fans if it was just nostalgia because people dont ever talk about the music when it comes to music, but I love the music, Wallwork continues. And when I hear it, I really like their songs. And some of them get me in such an amazing mood. So I cant really say its just the music because they are cute and they dance and the videos are fun and seeing them live is incredible, and thats where I think they earn their stripes and the devotion of their fans, because they give it their all onstage.

So why choose Hangin Tough as the album to write about? Its the one that made them, she explains. Without Hangin Tough I dont know if theyd have become as big as they did. Hangin Tough was such a hit it sold 17m copies. Thats a lot. And I know the whole music industry has changed, but at the time it was a big deal. So its not just fans liking boy bands, theres something going on there. So I wanted to dig in a little bit more and ask why it was such a hit and also is it any good, because I dont really know. I interviewed people and asked if they were good songs, and theyre like, Yes, these are classic, catchy pop songs. So that was a really interesting process.

Though teen pop is still not exactly the first thing music critics rush to write about, its treated more seriously than it was in the New Kids heyday Wallwork points out that the Backstret Boys, *N Sync and One Direction have all made the cover of Rolling Stone and been have covered extensively and sometimes even seriously in the mainstream press. NKOTB, on the other hand, were voted 1989s worst band by Rolling Stones readers. They never got the courtesy of their music being looked at, Wallwork says. And I wanted to do that.

Which is thankfully what 33 s publishers Bloomsbury wanted her to do too. Largely producing books devoted to the cult or canonical, its a departure for the series to publish a tome defending heavily produced 80s pop sung by a Wahlberg.

I was really surprised that they chose to do this book, Wallwork admits. I think my proposal is what became the book: Like, Why dont people talk about New Kids? Things have changed. This is the chance to do it now. It would never have happened 20 or 10 years ago, but with some distance, that helps.

My feeling is that [33 ] is not necessarily the best albums its key albums or influential albums. So I think there was this recognition that this album changed things. I expect that therell be some backlash, but I think its earned its place.

And considering we still cite New Kids when discussing the intricacies of One Direction or Zayn Maliks solo career (he is such a Jordan Knight) or Backstreet Boys residency in Las Vegas, its safe to say it has. Plus, NKTOB continue to tour, to perform, and to record their reality show about their annual cruise, Rock This Boat, starts its second season on Pop TV on 1 June meaning theres audience still ready for their music.

I hope the takeaway is a second thought, she says. That pause when you step back. Because I think people used to have a kneejerk reaction with them. And now that we have time, I would like them to listen to it. Or think about them a second time. [Ask] why did I hate on them? Why did I have that immediate reaction? Was it because everyone else was saying they were uncool? So I want people to look past that and see that there was something to the music. Theres a reason people love this music.

Which is exactly how Ill justify blaring this record all summer, friends taste in pop music be damned.

Art may imitate life — and vice versa — but sometimes HBO’s “Veep” feels a little too close to reality for comfort. For example, title character Selina Meyer uses the remarkably vapid slogan “continuity with change” in her run for…