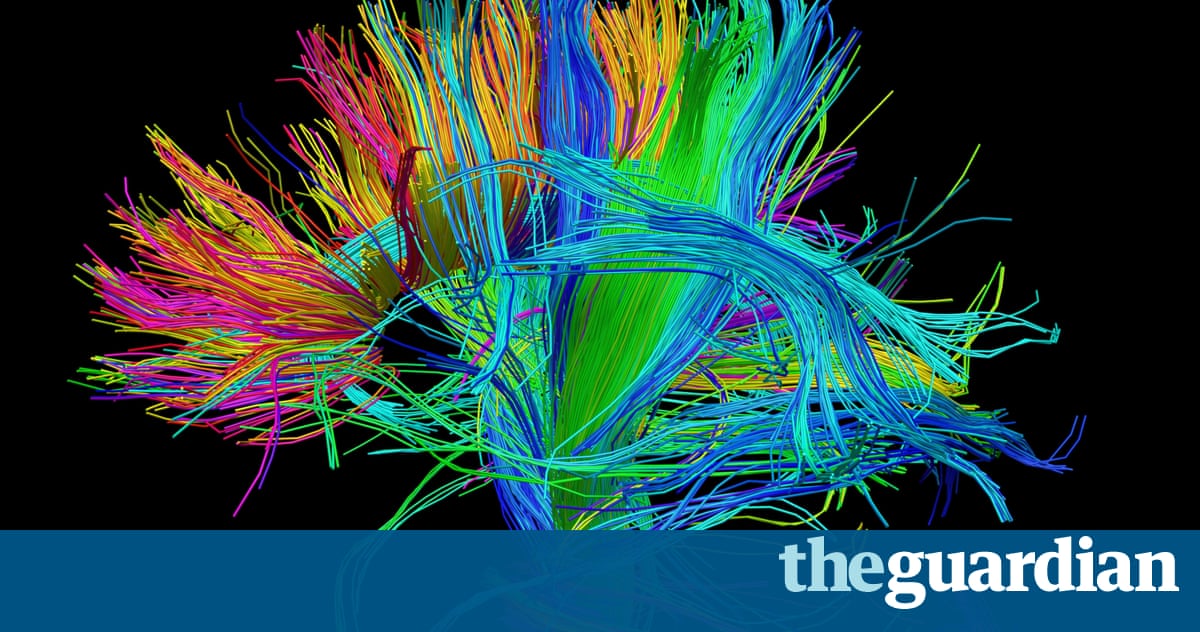 When Terrell Jermaine Starr, a high-profile 35-year-old political reporter, entered therapy for the first time in 2013 after having faced months of suicidal ideation and depression, he says he quickly realised that his mental ordeal came in part from unresolved childhood trauma.

Starr grew up in Detroit, at a time when the city was already topping national charts for unemployment, infant mortality and crime. His working mother was absent, and he had not yet met his father.

After one of his uncles, a drug dealer, died in a fire incident, and another uncle became addicted to the crack he had been dealing, his grandmother handed young Starr a gun a .357, to be precise and told him: Youre the man of the house now. He was 12.

She knew what she knew. I had to protect the house, Starr says. For me, that was life, that was my existence. I was carrying all of this in me and it was never resolved, until it caught up with me in my early 30s.

Until he received therapy, he hadnt realised this. But it took him too long way too long to realise that the treatment was even an option. What was in his way?

Lastweek, a new study published by the American Sociological Association in the Journal of Health and Social Behavior found, based on randomised testing of 320 psychotherapists in the New York area, that psychotherapists are significantly less likely to offer therapy appointments to black middle-class patients than to white ones (17% of black middle-class callers were offered appointments, compared with 28% of white-middle class callers).

Working-class callers of both races were worse off still (8% were offered an appointment) even though all callers said they had the same health insurance and only contacted in-network practitioners.

The study, authored by Heather Kugelmass, thus exposed yet another barrier beyond macro-level issues like health insurance, access to clinics, or culture preventing non-white, non-middle-class people from accessing psychotherapy services.

The findings come at an opportune time.

Over the last decade, growing bodies of research focusing on context and place have found that entire groups of people may be in greater need and indeed far more deserving of psychotherapy than others.

Researchers argue poor communities and communities of colour face an inordinate amount of suffering and trauma, by virtue of their positioning at the very bottom of the USs deeply unequal socioeconomic and racial ladder.

For the field of psychotherapy, this is a remarkably controversial framing to advance. It repositions at the center of psychotherapy populations (non-white and non-privileged ones) that have previously been removed from it. It also places certain groups as priorities over others, and therefore possibly suggests a hierarchy of human suffering. Finally, it raises a larger moral and societal question tied to the controversial idea of reparations: if we admit to the damage that our society causes people on the losing end, what responsibility do we have to repair it?

Laura Smith, a professor of psychology and education at Columbia Universitys Teachers College and a leading expert on the relationship between class, inequality and psychotherapy, says that for a long time people have thought about mental disorders in the same way as medical disorders: symptoms manifest themselves and are to be diagnosed and dealt with individually.

But if you pull the lens back from treating a patient enough so that you are able to see the marginalisation, bias and discrimination they face, Smith says, then you are able to get a much better understanding of what a persons experience is.

When you have a client living in the context of some sort of oppression, the client is going to emerge with a very specific experience of what it means to live a life within that position, Smith continues.

Last year, Smith published a paper advocating a rise in the minimum wage to $15 based on knowledge in the field convincingly tying poverty to diminished physical and emotional wellbeing. She also pointed to psychologists responsibility based on research to shatter myths that the main things hindering poor people are their attitudes, rather than an increase in income.

She also advocates changes in research methodology and community outreach under the form of participatory action research, where community members are not just passive subjects of inquiry by academics and professionals, but are included in the gathering of information and seen as co-solvers of problems.

In medical terms, studies have long shown more unequal societies have higher mortality rates than more equal ones. Within academic literature, the idea of a complex form of psychological trauma shaped by continuing and repeated exposure to stressful events has been around for over two decades. It has never, however, been incorporated officially into the Diagnostic and Statistical Manual of Mental Disorders, or DSM, which acts for many psychotherapists as a kind of bible for their practice.

Tricia Stephens, a clinical social worker and professor at CUNYs Silberman School of Social Work who specialises in trauma, says the fact that marginalised communities are more exposed than others to repeated trauma is undeniable.

In many communities, if you say to someone youve been traumatised, theyll look at you and be like what are you talking about this is my life, Stephens says. But the fact that individuals have had the strength to live through it neednt mean the injury has not happened or been internalised.

A study published in 2011, based on Starrs childhood home of Detroit , shows relatively stark results. Out of 1,306 randomly selected African American residents of the city, almost nine out of 10 people had been exposed to trauma, with 17% of those meeting criteria for probable lifetime PTSD.

That Sigmund Freud, Jacques Lacan and other founding fathers of the western discipline of psychotherapy as we currently understand it were not particularly accurate or inclusive when it came to non-white, low-income, less-educated (and indeed even non-male) realities should come as no surprise. As bombastic as it sounds, it is a fairly banal point to make. Indeed, most academic experts interviewed for the purpose of this article pointed out that up until 50 years ago, all formally recognised academic disciplines were tainted by the bias of white, wealthy men.

Patricia Gherovici, an Argentina-trained psychoanalyst who practiced for decades in the north Philadelphia barrio, serving a mostly low-income Puerto Rican community, says that deeply entrenched within her field is the idea that some brains low-income, less-educated brains are unanalysable.

It is nonsense and it is prejudice, Gherovici adds.

When people say that psychoanalysis is not the right practice, because [those living in poverty] have real problems to be dealt with with real means, to me it is very insulting. It is like saying that poor people do not have an unconscious.

There are certain human elements that we can think of outside of class boundaries. The existence of an unconscious is definitely one of them, Gherovici says.

But beyond validating that a poor brain is as worthy as a rich brain, taking outside factors as stressors into account is key to treating non-privileged clients, says Louisa Foss-Kelly, a licensed counsellor and professor in the department of clinical mental health counselling at the Southern Connecticut State University.

As a counsellor, when I entered the field, I had been trained to tackle internal problems, with the idea of middle-class or upper-middle-class clients. When they [clients] came in to the session hungry or with no money for their bus fare, I realised change was needed, she says.

Together with colleagues, Foss-Kelly is currently working on a counselling model adapted to people living in poverty named Care, which seeks to account for more immediate needs that interact with mental health.

As for Starr, the journalist and Fulbright scholar, he is glad he can finally address what he calls unresolved pain he carried from childhood.

But simply leaving Detroit on the merit of academic recognitions and scholarships did little to resolve much of his psychological burden. Inequalities and discrimination pursued him long after, and eventually caught up with him.

Despite his traumas roots in childhood, Starr believes part of what was pushing him over the edge, as his journalism career took off, was facing discrimination at work. Starr is black, and the American news environment is very, very white.

The pain inside may be all too real, but the pain caused from the outside appears undeniable.