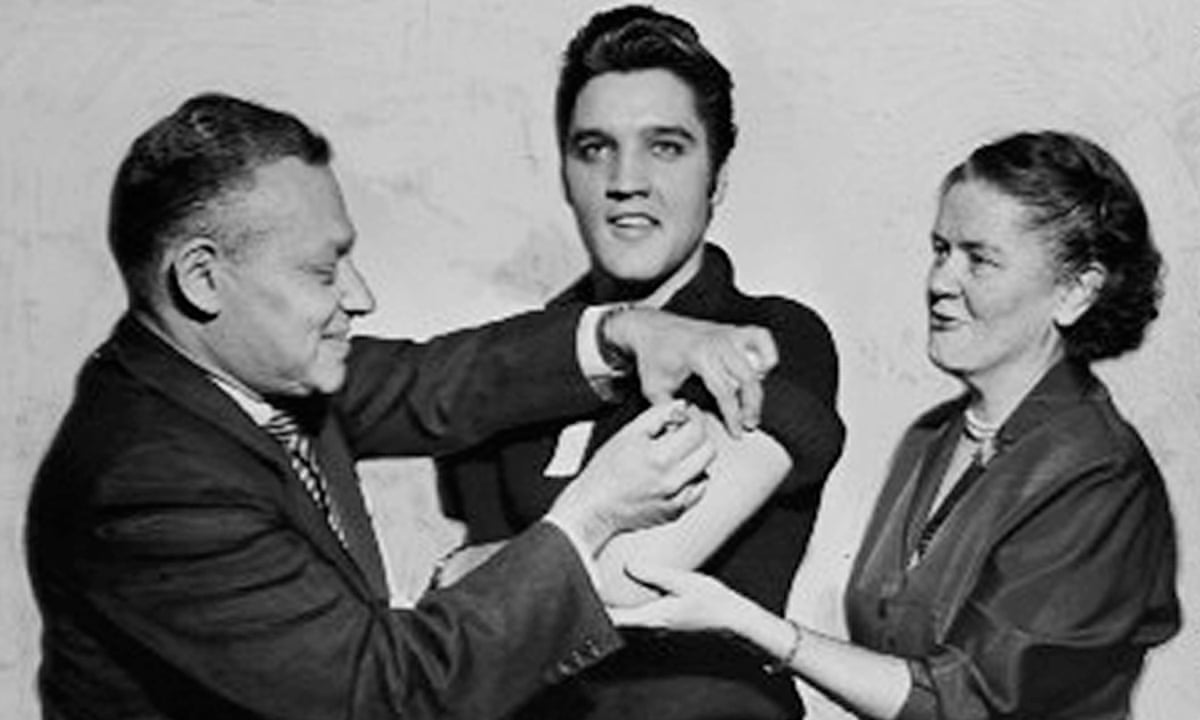 It was one of Elvis Presleys more unusual ventures. The king of rocknroll had just been enjoying his first taste of success with singles such as Heartbreak Hotel, and was about to appear on the Ed Sullivan Show in 1956, when he was given an unexpected medical challenge. Would he agree to be vaccinated against polio in front of the press before the show? He did.

The resulting photographs were published in newspapers across the US. The publicity was part of a bid to help correct a major flaw in the nations polio vaccination campaign, as Cambridge university historian Stephen Mawdsley revealed in a paper in the latest issue of the Journal of Cultural and Social History.

The [Dr] Salk vaccine against polio had just been produced and young children were being vaccinated in their millions. However, teenagers, who were also vulnerable to polio, were not taking up the vaccine, Mawdsley told the Observer. Elvis was approached to provide publicity aimed at teenagers and agreed to help to put things right.

His involvement in the polio vaccine programme is outlined in a film, Teens Against Polio, which was released online by Cambridge university on Sunday to mark the start of World Immunisation Week. The project aims to close the immunisation gap that exists between those who get vaccines for diseases such as polio and those who do not.

The film offers intriguing insights on how that gap was closed in the US using the input of stars like Presley as well as Clark Gable and Mickey Rooney, and highlights the profound change that has taken place among celebrities in their attitude to vaccines and other health programmes over the past 60 years.

In the 1950s stars were supportive. Today many are vocal in their opposition to vaccine programmes. Earlier this month Robert De Niro continued to give verbal support to the film Vaxxed: From Cover-Up to Catastrophe even though he had been forced to withdraw it from the Tribeca film festival because it supports the controversial anti-vaccine views of the disgraced UK doctor Andrew Wakefield, who directed the film. In doing so, De Niro joined modern showbiz stars including Jim Carrey, Jenny McCarthy and Charlie Sheen who have questioned the safety of vaccines.

The problem is that vaccines have become victims of their own success, said Mawdsley. We have largely forgotten what it is like to face an epidemic sweeping through a population. This was not the case in the first half of the 20th century when a series of polio epidemics affected hundreds of thousands of children across the world. Many were left seriously incapacitated as a result. Victims included Franklin D Roosevelt, US president from 1933 to 1945.

If humans do not take swift action to curb greenhouse gas emissions, annual coral bleaching events will soon decimate nearly all of the world’s coral reefs, a United Nations-backed study has found. And as Australia’s Great Barrier Reef has shown, bleaching can result…